How one little-known couple helped turn Albuquerque into a petri dish for a new, national strategy to ban abortion 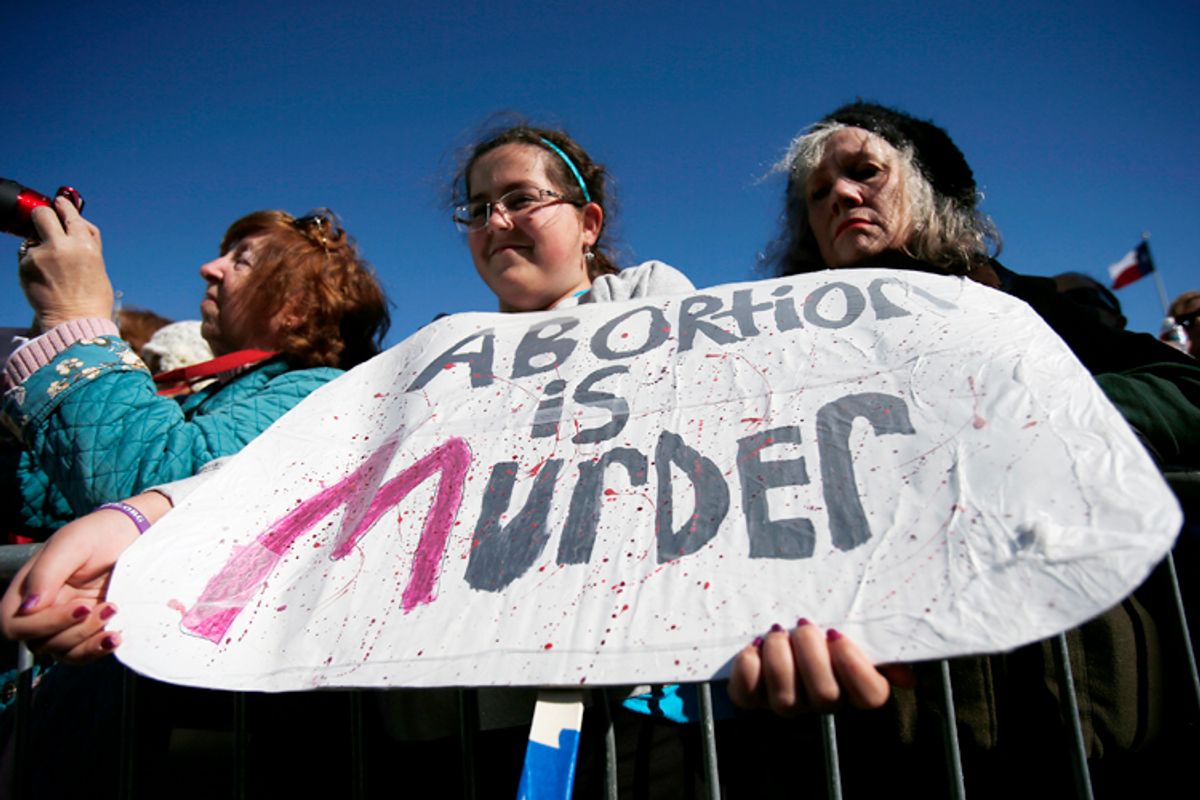 It was June of 2010, a little more than a year after George Tiller was murdered by an antiabortion activist in Wichita, Kan., that Operation Rescue announced it would be sending two self-described missionaries from Kansas, where the organization has its headquarters, to New Mexico.

The antiabortion group made no effort to hide the reason behind the move: Tiller’s clinic, one of the few in the country to provide late-term abortion services and long the target of Operation Rescue’s activism, had closed, and two of its physicians relocated to Albuquerque.

And so Bud and Tara Shaver followed them there, bringing their small family to New Mexico to try to shutter the Southwestern Women's Options clinic -- and turn their adopted hometown into a petri dish for a new, national strategy to ban abortion at the municipal level.

While state restrictions continue to multiply across the country, the tactic of criminalizing abortion at the city level is a relatively new development among antiabortion activists. But as groups like Operation Rescue and Americans United for Life run out of deep red states with eager, Republican-controlled legislatures to target, it may become increasingly relevant -- and common.

Legislators in Texas and Oklahoma seem to have made a sport of passing increasingly draconian abortion restrictions, but New Mexico’s Democratic-controlled Legislature has been incredibly successful at rejecting such measures. If a current ballot initiative to criminalize abortion at 20 weeks passes with Albuquerque voters, it will be the only restriction on the procedure anywhere in the state. It will also make Albuquerque the first city in the country to pass an abortion ban of any kind.

And it’s in large part because of the Shavers.

“Bud and Tara Shaver have been integral to the escalation of this issue here in town,” Micaela Cadena, policy director of the reproductive justice group Young Women United and a lifelong resident of New Mexico, told Salon.

The sense that the Shavers have tremendous influence, both in New Mexico and at the national level, was shared by each of the people Salon spoke to -- including Tara Shaver herself.

“Three years ago God called us to come [to Albuquerque] to work and focus on the late-term abortion clinic here,” she explained over the phone. “We've been here for three years, laying the groundwork, shedding light on the fact that New Mexico has no abortion restrictions whatsoever, no parental notification laws for minors and is one of 15 states in the country that use taxpayer money to fund abortion.

“Every single year, these abortion bills never get out of committee. They never make it to the floor,” she continued. “As a way to bypass the Legislature, which refuses to hear the voices of the people, we decided to launch an initiative at the city level.”

But whether the ballot initiative represents the voice of the people of Albuquerque is a subject of considerable debate.

A large number of the people working with the Shavers are out-of-state volunteers, some as young as 16 and 17 years old, brought in by fringe militant groups like Survivors of the Abortion Holocaust and Operation Rescue.

One signature-gathering demonstration, which took place outside the city’s Holocaust and Intolerance Museum among signs that read “American Auschwitz,” was staffed largely by young people who had been bused in that day from California.

Asked by a local news station what they knew about abortion rights in New Mexico and in Albuquerque specifically, one young protester sheepishly admitted, “Since I just got here, we’ve been learning about it since then, so I don’t know too much.”

The outsider-insider dynamic has not escaped some residents’ notice, and Cadena is quick to point out that the Shavers' views on abortion do not reflect what she sees as her home state’s core values. Particularly at issue are some of the antiabortion activists' chosen tactics, including passing out antiabortion propaganda to young trick-or-treaters and driving a so-called Truth Truck -- featuring graphic images of what appear to be fetuses -- through town. (Tactics that Shaver defended to Salon as provoking the "social tension necessary to bring about change.")

“Across people's personal feelings and religious beliefs, there is a shared sense of outrage that there is an out of touch interest that has come to our community to intimidate our medical providers and intimidate our city into accepting their agenda,” Cadena explained.

“What Bud and Tara Shaver are doing -- it’s all Operation Rescue,” he told Salon. “We did some research and found that Operation Rescue registered the domain names [for the ballot initiative campaign] for them. They have been providing technical and legal assistance from the very beginning.”

While the Shavers may be the local face of the Albuquerque campaign, Operation Rescue is heavily invested in the outcome. Much like its activism against Tiller's clinic in Kansas, the group wants to see Southwestern Women's Options clinic -- and all abortion clinics -- shuttered, making abortion both inaccessible and illegal for women in Albuquerque and everywhere else. The group’s president, Troy Newman, made as much clear in a recent interview with Reuters.

"It is a new strategy. There is more than one way to close an abortion clinic," he said.

"If you can't get anything done in a state legislature … you look at what is going on in a city. They say all politics is local. This is a great example of that."

Albuquerque may be the first test, but the strategy is eliciting interest from antiabortion activists in other traditionally blue states. “I am getting calls from other people in other states about our strategy, which is encouraging,” Shaver said.

And the municipal-level campaign is only the first part of a more aggressive statewide strategy. “The 20-week abortion ban is just a stepping stone that we hope will springboard into statewide legislation,” she continued. ”Albuquerque is the largest city in the state, so we think this will send a strong message to the state legislators.”

Shaver’s ambitions aside, right now, the fate of the ballot initiative is anyone’s guess. Davis noted that recent surveys suggest that the ban has a 50-50 chance of passing. (It should also be noted that the measure, called the Pain Capable Unborn Child Protection Ordinance, is based on medically refuted pseudoscience about fetal pain, a point that advocates like Cadena have been quick to remind voters while advocating against it.)

There is also the state history of supporting women’s reproductive rights to be considered, a tradition that Cadena said is an intrinsic part of New Mexico’s identity.

"In New Mexico, we do not believe the government should interfere in our personal medical decisions,” she explained, referencing the state’s history of rejecting such restrictions outright. “People here really understand that. There is not a government ban that could possibly accommodate the particular circumstances of a family, of every pregnancy. New Mexicans trust women to make these decisions for themselves.”

But that history has done little to persuade Shaver, who made it clear that she intends to remain in Albuquerque to keep pushing these restrictions and targeting providers until abortion is "ultimately ended.” Not just in New Mexico, but everywhere.

“I do not think were going to go anywhere any time soon,” she explained. “If we have to take small steps to reach that end goal, that's what we'll do.”