Foreign journalists were allowed inside Fukushima -- here's what they saw 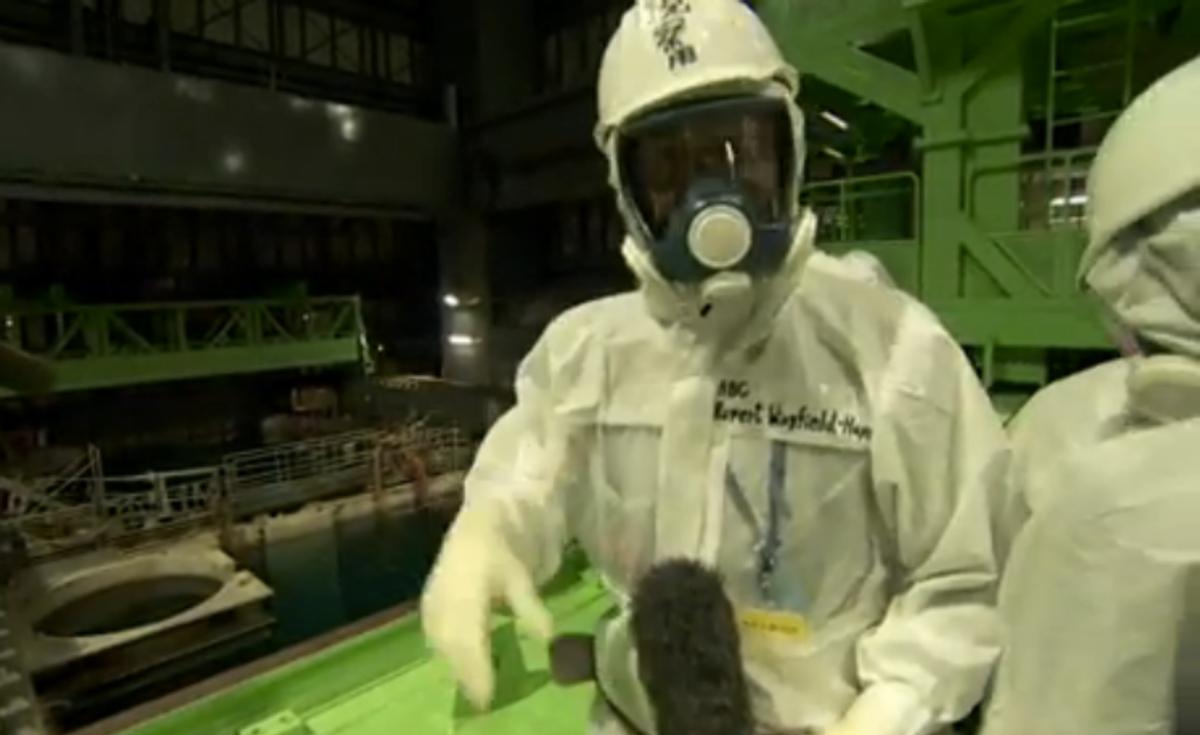 Packed into protective suits and masks, members of the foreign media were today given a rare tour of the damaged Fukushima Dai-ichi nuclear power plant.

"It was a bit like seeing the movie after having read the book," wrote Chico Harlan at the Washington Post:

The plant is even more isolated than you'd expect. On the way there, you drive for miles through a recommended evacuation zone, an area of gutted car dealerships, abandoned homes and weeds high enough to obscure traffic signs. Starting about three miles from the plant, only authorized vehicles are allowed to enter. Polite policemen in face masks wave in Tepco vehicles, and for the rest of the drive, there are no human beings to be seen.

...Seeing the nuclear plant firsthand, there’s no clear sign of chaos or trouble. Work is done mostly in silence. And some of the biggest problems — such as the leakage of contaminated water into the ocean — are happening out of sight. But cleanup from the March 2011 earthquake and tsunami has happened on a need-to-fix basis. Some buildings are pristine. Others have been ravaged by the natural disasters and left to rot. In one area of the nuclear plant, an abandoned car is wedged between pieces of rubble, its windshield shattered. In another area, a set of picnic tables — presumably an old lunch spot for employees — is now covered with a rich red rust.

A BBC News reporter, Geiger counter in hand, got footage of the fuel rods inside reactor 4, which was damaged in the earthquake and tsunami, and of the complicated machinery being built to perform the delicate task of removing them. They can also be seen in this raw video from the Global News:

Tepco, the plant's operator, said they may begin the fuel rod removal as soon as next week. It's a critical phase of the decades-long decommissioning process, and one that, if mishandled, could result in a nuclear catastrophe worse than the original disaster in 2011. Nothing like it has ever been performed on this scale.

For more from the inside, the Associated Press has a collection of photos.