Must-see morning clip: Yes, there was an election in 2013

Jon Stewart and the Best F#@king News Team predict what 2016 will look like, based on 2013's results 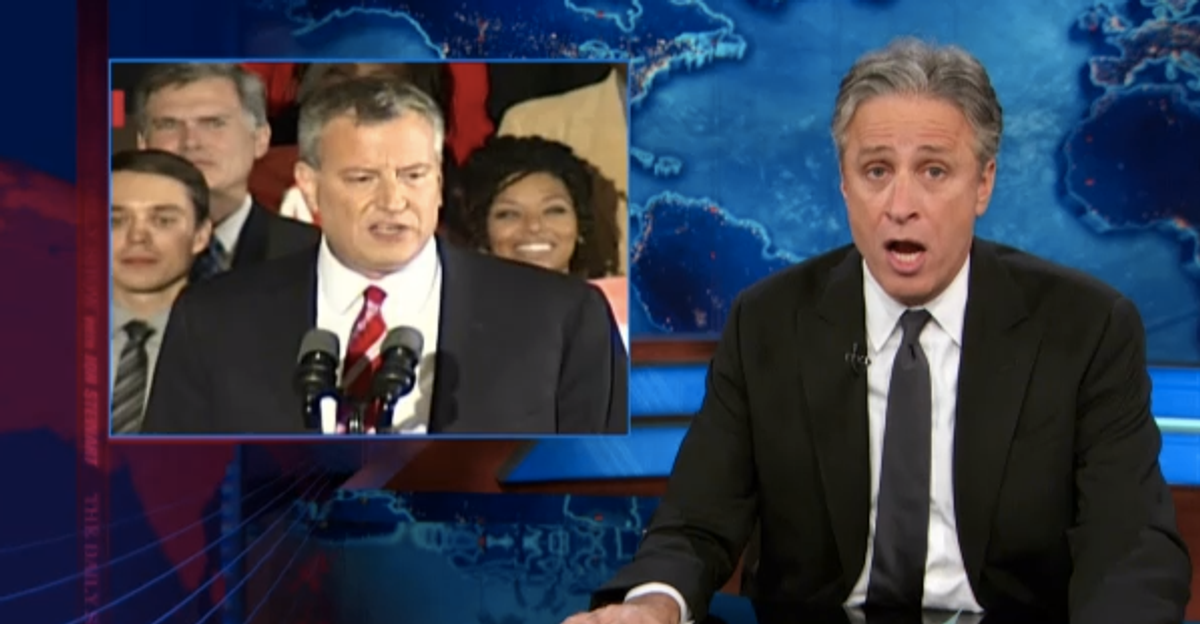 In case you were asleep on Tuesday, Nov. 5, Jon Stewart wants to remind you that yes, there was an election. New York City elected Bill de Blasio as its next mayor, beating opponent Joe Lhota by 49 percentage points. "De Blasio won in a blowout," said Stewart, "at which point Lhota was swallowed up by angry zombies."

Naturally, now that the election is over, let's speculate about the 2016 election. Bringing in the Best F#@king News Team Ever, Stewart and correspondents Aasif Mandvi, Jason Jones and Al Madrigal then made ridiculous conclusions about how the election results will impact the 2016 races. "The media spends months and months speculating on what's going to happen in this election," began Stewart, "what might happen in this election, then on the eve of the election they spend 10 minutes reporting on what actually happens and jump right back onto what it means for the next election!"