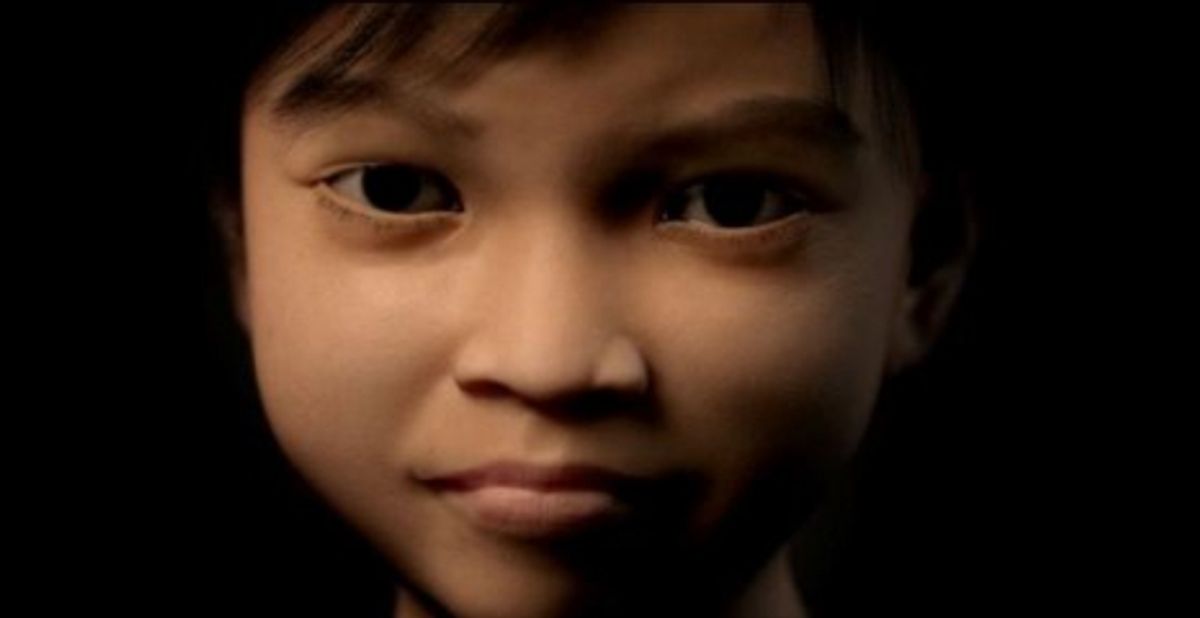 Yesterday, the Internet exploded with news that a computer-generated 10-year-old girl had been used to nab 1,000 child predators. It's true, child-rights group Terre des Hommes Netherlands impressively developed a virtual girl nicknamed "Sweetie" and through a sting identified many men, and one woman, who expressed interest in an explicit webcam chat with an underage girl. Only, contrary to most reports -- see: "This virtual 10-year-old-girl just outed 1000 sexual predators," along with many other misleading headlines -- this virtual girl did not take down 1,000 predators.

The media race to the little-girl-gets-bad-guys story line -- which comes with the added appeal of technology being used to combat the very evils that it allows -- passed over two important facts: 1) "Webcam child sex tourism" is not only a thing that exists in the world, but it's a phenomenon that has exploded in the last year, and 2) a virtual avatar wasn't even needed to snare most of these men and one woman. If you read the actual report that accompanied Terre des Hommes' press release, as I did (pushes up glasses), you'll find that Sweetie was only used to identify 20 of the 1,000 alleged predators. The report says:

In the majority of this research, Sweetie was not used. Furthermore, aside from the computer animation of Sweetie, which was an artistic rendition of a non-existent child, the researchers did not send or show any images of children to predators to convince them that they were speaking to prepubertal Filipino girls.

Catch that? They didn't even need to use a photo of a child to gain cred with the vast majority of these people. The report says this indicates "that predators can easily be identified using low-tech pro-active investigation techniques, even with very few resources." I point this out not to chastise my fellow Web journalists -- I completely relate to not always having the time to read an entire report before deadline -- but rather to highlight how completely unafraid these alleged predators are of being caught. The vast majority of them do not require any visual evidence that they are talking to a child because they believe they can act with complete impunity. We may live in the age of "To Catch a Predator," but those who turn to abusing children via webcam -- especially when the victim lives in poverty in the Philippines -- believe that no one is watching.

They aren't entirely wrong. Terre des Hommes estimates that "tens of thousands of kids, some of them only six years old, are abused behind cams in the Philippines alone." Worldwide, there have only been six webcam sex abuse arrests, five of which happened in the past year. Awareness of the problem has been around longer, though. In 2004, an "adult entertainment company" in the Philippines running honeydoll.com was busted for featuring live via webcam "Filipino boys and girls as young as 11 years old engaged in sex acts," according to a 2005 report titled "Child Pornography in the Philippines." Webcam traffickers have had almost a decade since then to expand their business, with very little public attention to the phenomenon. A more recent report found that 19 percent of reports of online child sexual exploitation involved a webcam. "It is likely that the true figure is substantially higher," says the report.

We aren't just talking about virtual sex trafficking here; we're also talking about cases where minors have their webcams hacked or are talked into flashing the camera during a video chat and unknowingly have their image recorded and distributed. The question is: Will the same technology that empowers predators also make them easier to catch? And, to my earlier point, might it be the Internet's illusion of privacy that leads to their capture, instead of a high-tech virtual girl?