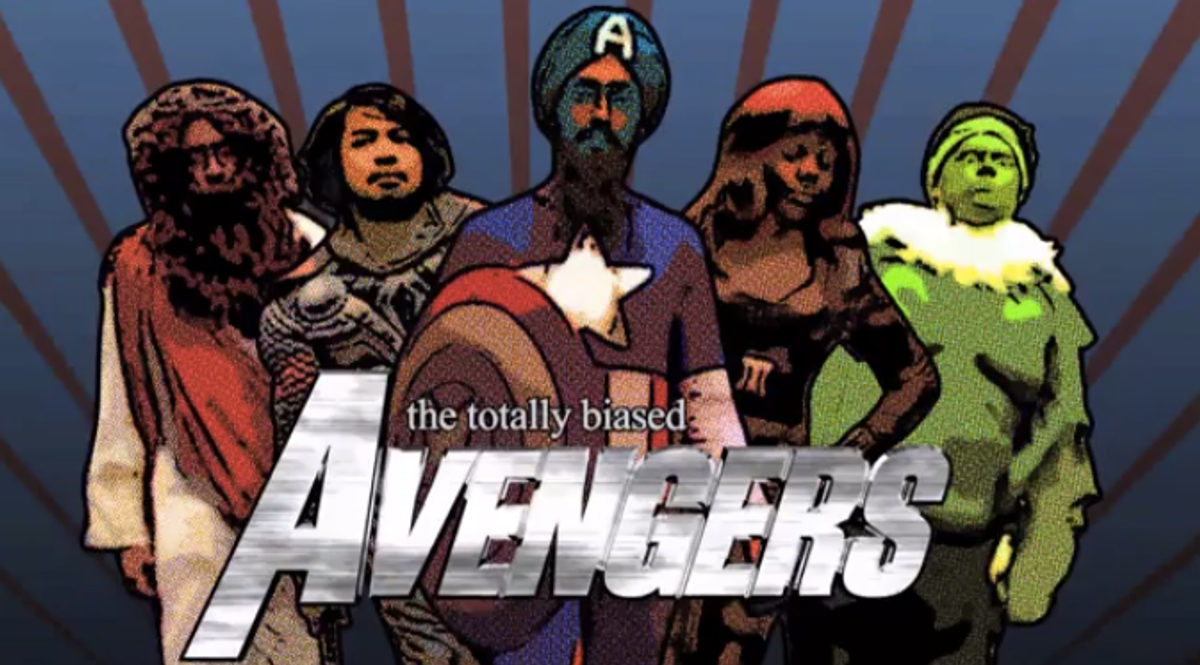 Editorial Cartoonist Vishavjit Singh, aka Sikh Captain America, has ventured onto the streets of New York City for a second time in an attempt to challenge the notions of what "being American" looks like and means in 2013. In a segment based on Singh's essay in Salon, "Totally Biased with W. Kamau Bell" correspondent Hari Kondabolu toured New York City with Singh to capture the various reactions to an Indian Captain America wearing a turban.

Reactions ranged from expecting Captain America to be "taller" and "whiter" with "more muscles," to "whoa, awesome," to an "Anthony Kiedis impersonator" finding the whole thing "rather racist" but "pretty funny."