The rise of religion might be all about sex 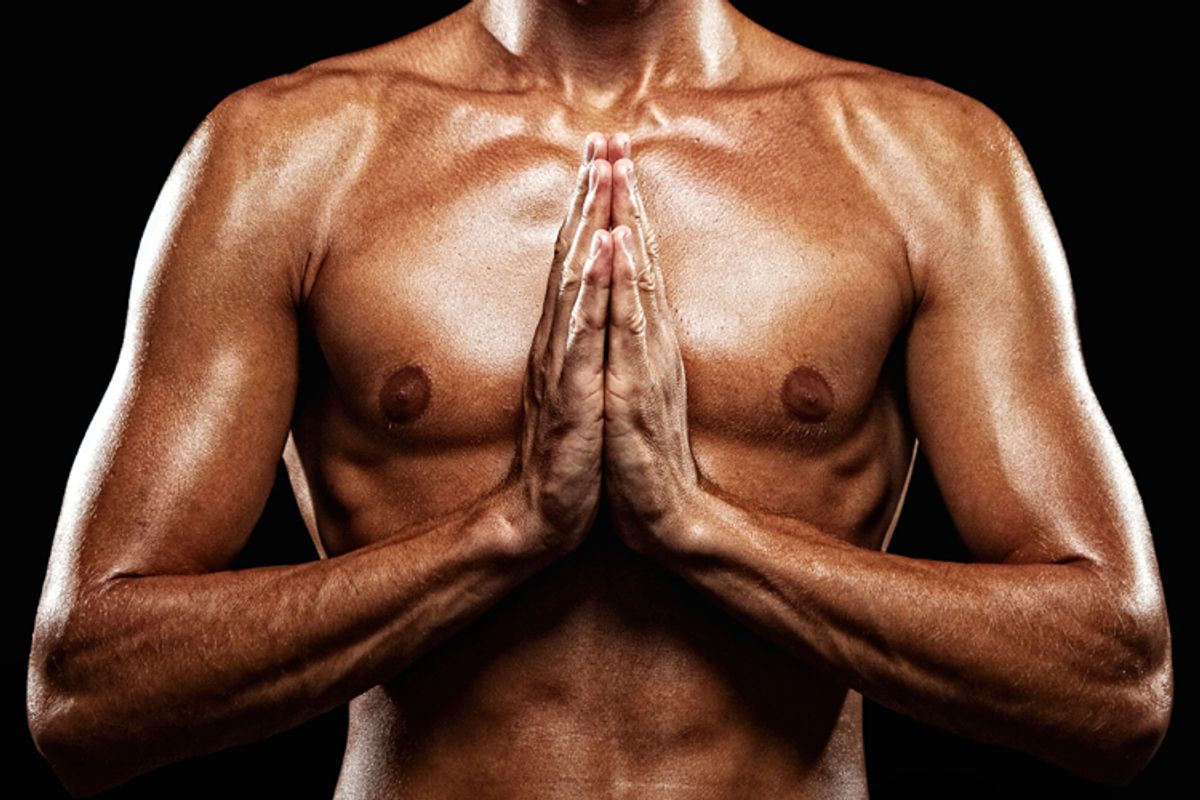 Casual sex, homosexuality, birth control, abortion -- this isn't just a list of topics to avoid bringing up over Thanksgiving dinner. A new study suggests that a person's views on these subjects predict their religious beliefs. Jason Weeden and Robert Kurzban from the University of Pennsylvania found that conservative views on sex and reproductive rights are associated with greater religiosity.

It’s not too surprising that a dude who thinks abortion is evil would express stronger religious convictions than a man who supports reproductive rights. Nor is it shocking that a woman who finds casual sex immoral would identify as more religious than a lady who is down with one-night stands. What’s most interesting here is that more conservative views about sex were far more predictive of religiosity than even attitudes against anti-social behaviors like lying, cheating and stealing.

As the paper puts it, “these ﬁndings run counter to the view that religiosity has a fundamental connection with cooperative morals” (i.e., beliefs about not screwing over thy neighbor). The dominant evolutionary theory regarding religion is that it thrived because “beliefs in invisible, rule-enforcing agents” -- whether it’s a bearded white guy in the sky or a bevy of power-sharing gods -- “increase believers’ compliance with cooperative norms, that this compliance provides an advantage to groups or individuals, and that these advantages have been crucial for the evolution and current ubiquity of religiosity and large-scale cooperation.”

This study raises the possibility that religion’s rise is more accurately attributed to its support of certain reproductive strategies. For those pursuing “committed partnerships, higher fertility, and cooperative parenting, both sexes’ interests are threatened by promiscuous sexual activity -- for men, arising primarily from the risk of cuckoldry and, for women, arising primarily from the risk of mate abandonment.” (Is it just me or is evolutionary psychology super-depressing?) Thus, beliefs that reduce these threats also “advance the reproductive interests of” commitment- and baby-minded folks. On the other hand, those “pursuing a more promiscuous reproductive strategy” benefit when sleeping around carries little stigma or social costs. The report puts it this way:

If you live a lifestyle where a stable marriage and lots of children is important to you, belonging to a church mitigates some of the risks that go along with that lifestyle, making religion an attractive tool. But if you’re, say, a college student who likes to party and isn’t planning to get married or have kids for a long time, all you’re getting from a religion is a bunch of hassles.

This study doesn’t definitively prove a causal relationship, let alone a causal direction. But Weeden tells me that, based on his research and analysis, the more plausible explanation is that reproductive strategies influence religious beliefs, rather than that religious beliefs influence reproductive strategies. “This doesn't settle the matter once and for all, but it's a strong sign that at least some of the causality goes from lifestyles to religion,” he says.

This is highly heretical, of course. The suggestion is that our religious beliefs, or lack thereof, are a result of sexual motivation rather than spiritual or intellectual enlightenment -- and that is potentially offensive to believers and non-believers alike. But it certainly isn’t the first time our motivations have been boiled down to sex.