TV's most unflinching portrayal of Asperger's goes even deeper 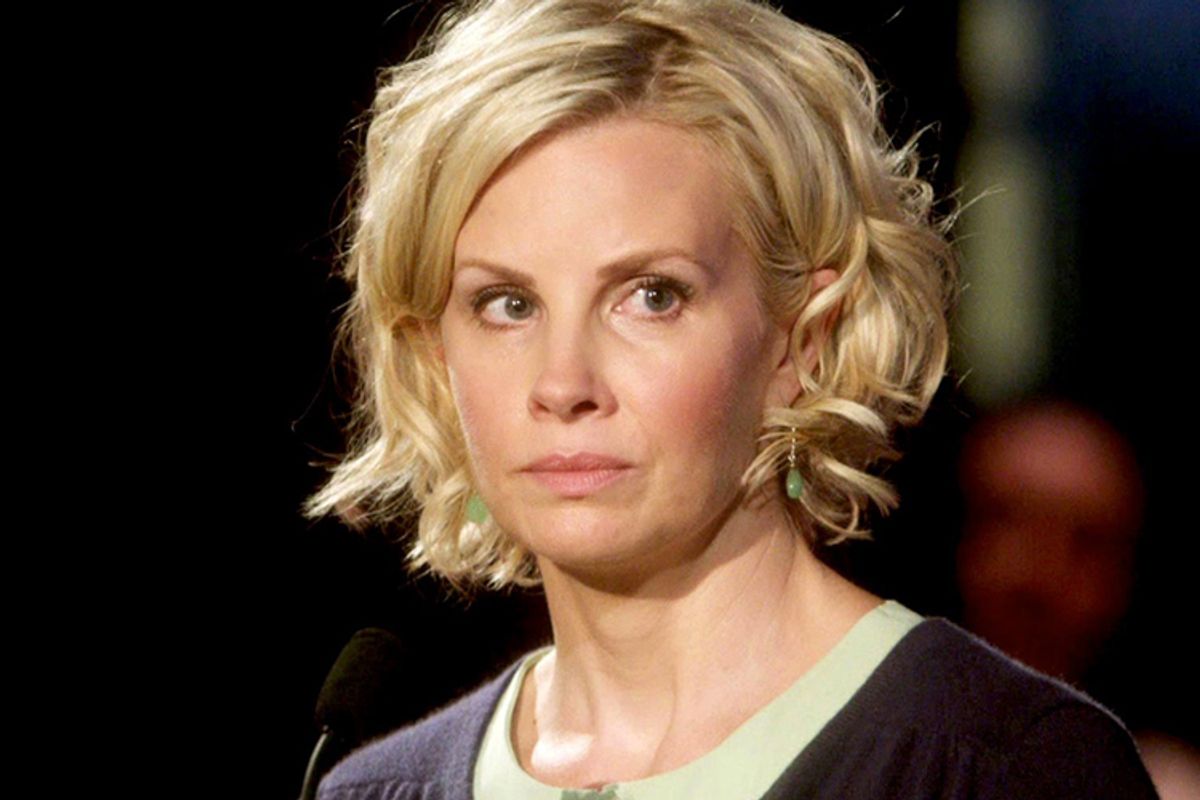 This season, fresh on the heels of a rough bout with cancer, "Parenthood's" Kristina Braverman decided to run for mayor of Braverman base camp, Berkeley, Calif. On last week's episode, Kristina (Monica Potter) found herself buried in the polls with single-digit voter support and facing off against a younger, more polished politician in a debate she couldn't hope to win. While she is running on an education platform, the private mother of three had already informed her dedicated, if icy, campaign manager, Heather (Jurnee Smollett), that she would not use her children -- particularly her son, Max -- to garner sympathy or further her cause with voters. Max Braverman, played with relentless agitative energy by Max Burkholder, has Asperger's syndrome.

One of the things that I have always loved about the NBC series is how unflinching it has been since Max's diagnosis about the effect his condition has had on his long-suffering parents and, by extension, the entire Braverman family. "Parenthood" is television and, therefore, by its nature divided into A, B and C story lines of varying significance. But no matter what joys and mishaps, triumphs and tragedies we have experienced with middle-class suburbanites Adam and Kristina Braverman, we have never been allowed even for a second to forget -- whether it be through Max's trivial but uncomfortable bursts of inappropriateness or deeper struggles connecting with his uninformed and often intolerant peer group -- that the couple's middle child struggles daily to fit into so-called "normal" society.

Near the end of the episode, Kristina found herself being soundly trounced by Bob Little, a fast-talking candidate savvy enough to blast Robin Thicke's infectious "Blurred Lines" from his campaign bus and hand out snacks instead of bumper stickers. Stumbling under the weight of Little's crowd-pleasing double-talk, she is finally -- fortunately -- teed up by an emotionally fragile voter who approaches the microphone with teary concerns about seeing her special needs child successfully through the Berkeley public school system. From the bleachers, Heather and Adam recognize this for what it is: an easy home run. But Kristina Braverman approaches the matter gingerly, reassuring the woman that as a fellow mother she can relate to her dilemma while not disclosing any of the travails that we viewers have watched her go through for five seasons.

Eventually, though, Kristina Braverman-for-Mayor does buckle, revealing all to her potential constituency and insuring that she will do whatever she can to shore up the "broken," local educational system so that children like this woman's deaf daughter and her own Max will receive equal attention. "My son Max is a fighter and I'm telling you he will not give up until he gets what he wants," she says. "And sometimes as a parent, that can be a little challenging. I'm sure you all can relate to that. But on behalf of Max, I've become a fighter, too. And if I'm elected your mayor of Berkeley, I promise to fight for you. I promise to fight for your specific child to make sure she gets what she needs." More tears ensue. Murmurs of empathy and support are heard from around the room. Music swells. This moment is depicted as one of victory, and perhaps it is. Here is where the characteristically uptight Kristina Braverman lets down her guard and becomes a candidate with whom voters can truly connect.

It is the following moment that concerns me -- the moment during which Kristina scribbles her personal number onto a card, excuses herself awkwardly from the stage, runs down to the woman standing in the audience. "I'd like to give you my number," she tells her. "I want you to call me. I mean that. I will fight for you and I will work for you. I promise. I will do whatever it takes." More tears ensue. The audience breaks into unanimous applause. The befuddled expression on Bob Little's bir-like face says some of what I was thinking.

Call me a cynic, but as sincere and spontaneous as Kristina's offer likely was, it could also appear unseemly and pandering in exactly the way I figured Kristina was trying to avoid. If the offer is ultimately sincere, does it bode well for her governance? Is it practical for any elected leader to give out his or her number to every constituent with a grievance? Does this signal Kristina's tendency to cater or cave to special interests, particularly her own?

Yes, of course, I realize this is only a TV show and none of us home viewers are actually tasked with the question of whether to vote for Kristina Braverman. I simply hope that the show's creators have taken these concerns into consideration. Personally, I love the notion of a conflicted candidate deciding whether or not to further exploit her family in the public eye -- especially if opportunistic Heather decides this is the only strategy by which Kristina can prevail.

Recently, Max begrudgingly donated a sawbuck to his mom's campaign. Last week, after her debate win, he grew even more enthusiastic after his fashion, praising her for being a "statistical anomaly." But what if Max, notoriously prickly, decides he does not want to be trotted out and exposed as a method of pushing her political agenda forward? If so, I will applaud "Parenthood" then, as always, for never letting us forget that Max Braverman is growing into his own man, no matter what that means for anyone else.