"It's none of our business what we're putting in our mouths" 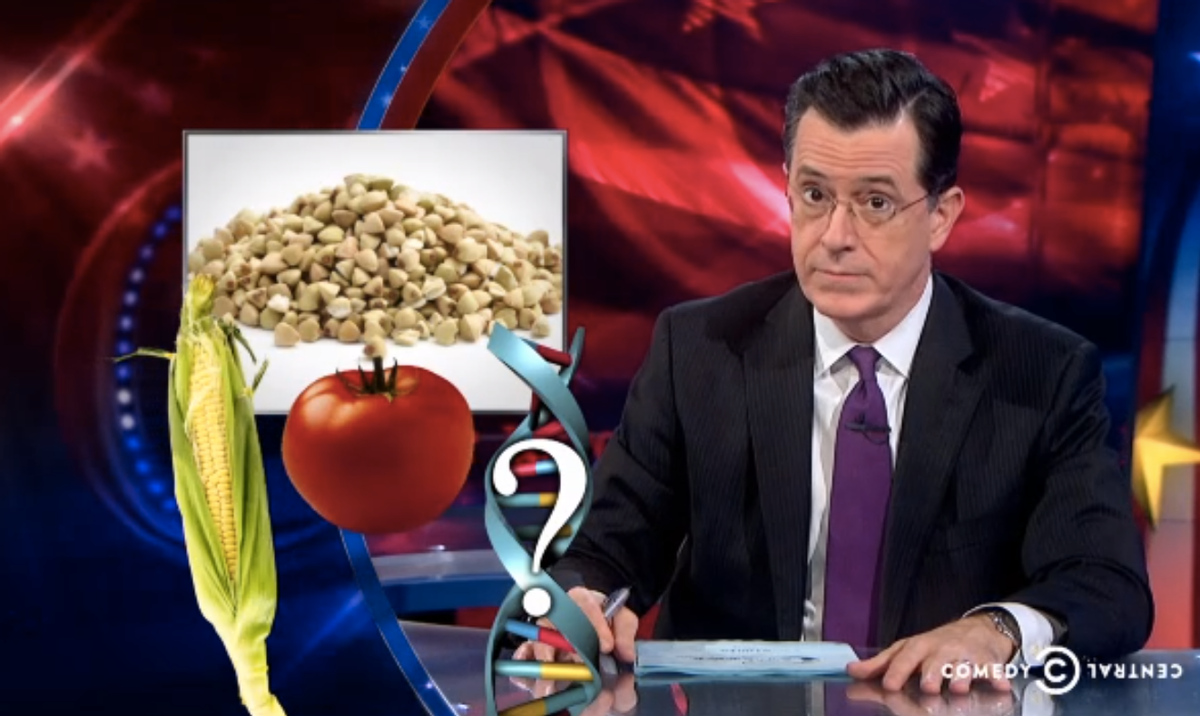 With 54 percent of the slowly rolling in votes, Washington state's expensive and divisive GMO battle appears to have ended in defeat for Initiative 522, which would have required labels for most foods produced using genetic engineering. While Yes on 522 maintains that votes are too close to call, most major news outlets are calling it for the pro-GMO camp -- and for the agricultural and food companies that contributed $22 million to the effort.

Stephen Colbert, as always, has the perfect lesson for us to take away from all this: "America's food manufacturers can't take the time and expense to find out if there's genetically modified ingredients in their food. They don't even know if there's food in their food." His proposal? Forget labeling GMOs -- let's just stop labeling food, period. Watch him explain why informing people about what they're eating ends up ruining the surprise: