We need a war on poverty, not teachers

The right loves to demonize unions, but economic factors are much more important to success in the classroom 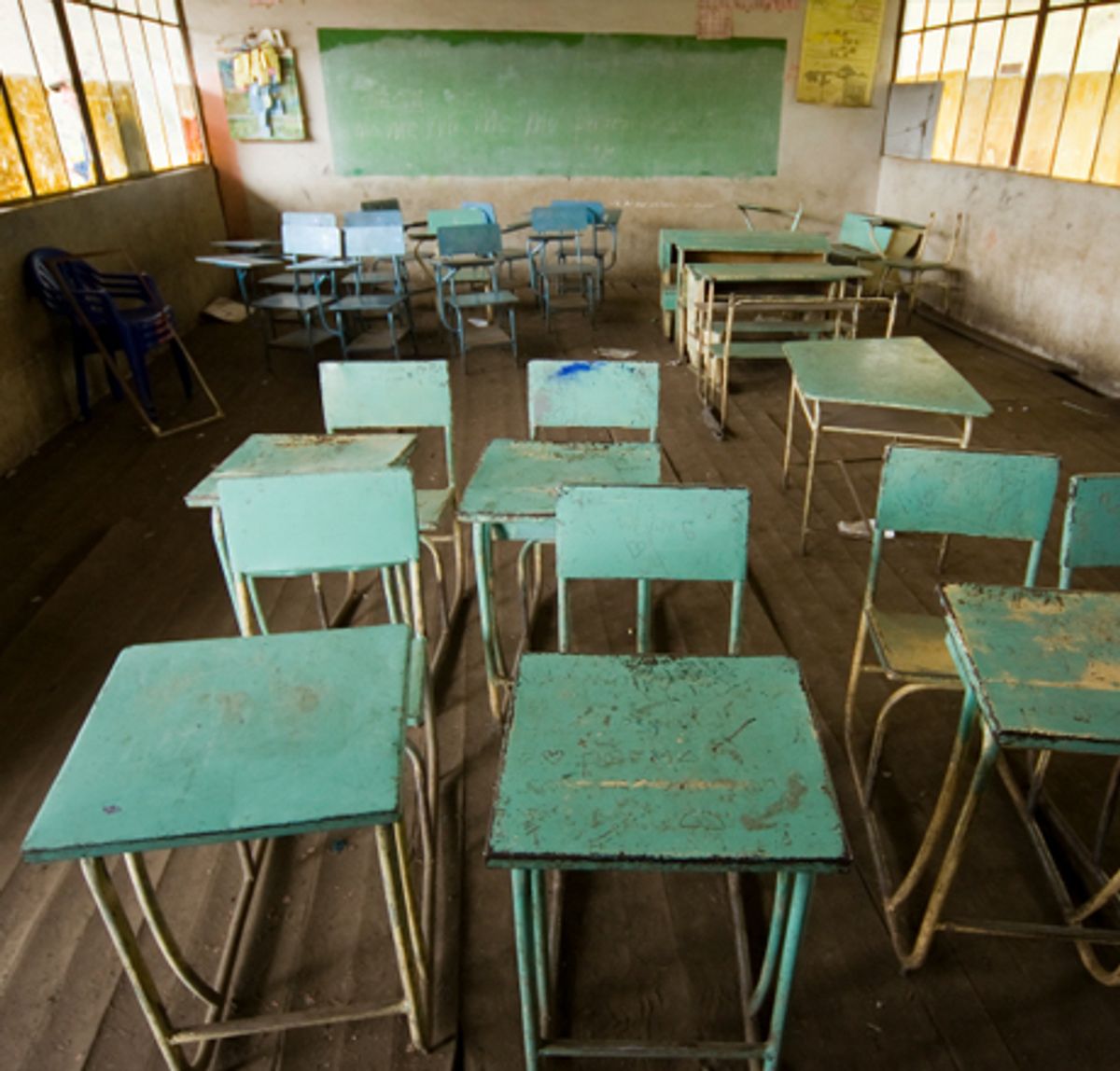 Google the phrase "education crisis" and you'll be hit with a glut of articles, blog posts and think tank reports claiming the entire American school system is facing an emergency. Much of this agitprop additionally asserts that teachers unions are the primary cause of the alleged problem. Not surprisingly, the fabulists pushing these narratives are often backed by anti-public school conservatives and anti-union plutocrats. But a little-noticed study released last week provides yet more confirmation that neither the "education crisis" meme nor the "evil teachers union" narrative is accurate.

Before looking at that study, consider some of the ways we already know that the dominant story line about education is, indeed, baseless propaganda.

As I've reported before, we know that American public school students from wealthy districts generate some of the best test scores in the world. This proves that the education system's problems are not universal -- the crisis is isolated primarily in the parts of the system that operate in high poverty areas. It also proves that while the structure of the traditional public school system is hardly perfect, it is not the big problem in America's K-12 education system. If it was the problem, then traditional public schools in rich neighborhoods would not perform as well as they do.

Similarly, we know that many of the high-performing public schools in America's wealthy locales are unionized. We also know that one of the best school systems in the world -- Finland's -- is fully unionized. These facts prove that teachers unions are not the root cause of the education problem, either. After all, if unions were the problem, then unionized public schools in wealthy areas and Finland would be failing.

So what is the problem? That brings us to the new study from the Southern Education Foundation. Cross-referencing education data, researchers found that a majority of all public school students in one-third of America's states now come from low-income families.

How much does this have to do with educational outcomes? A lot. Social science research over the last few decades has shown that two-thirds of student achievement is a product of out-of-school factors -- and among the most powerful of those is economic status. That's hardly shocking: Kids who experience destitution and all the problems that come with it have enough trouble just surviving, much less succeeding in school.

All of this leads to an obvious conclusion: If America were serious about fixing the troubled parts of its education system, then we would be having a fundamentally different conversation.

We wouldn't be talking about budget austerity -- we would be talking about raising public revenues to fund special tutoring, childcare, basic health programs and other so-called wraparound services at low-income schools.

More broadly, we wouldn't be discussing cuts to social safety net programs -- we would instead be working to expand those programs and, further, to challenge both parties' anti-tax, anti-regulation, pro-austerity agenda that has increased poverty and economic inequality.

In short, if we were serious about education, then our education discussion wouldn't be focused on demonizing teachers and coming up with radical schemes to undermine traditional public schools. It would instead be focused on mounting a new war on poverty and thus directly addressing the biggest education problem of all.