Billions saved from ending prohibition could bring down the budget deficit. What is not serious about this? 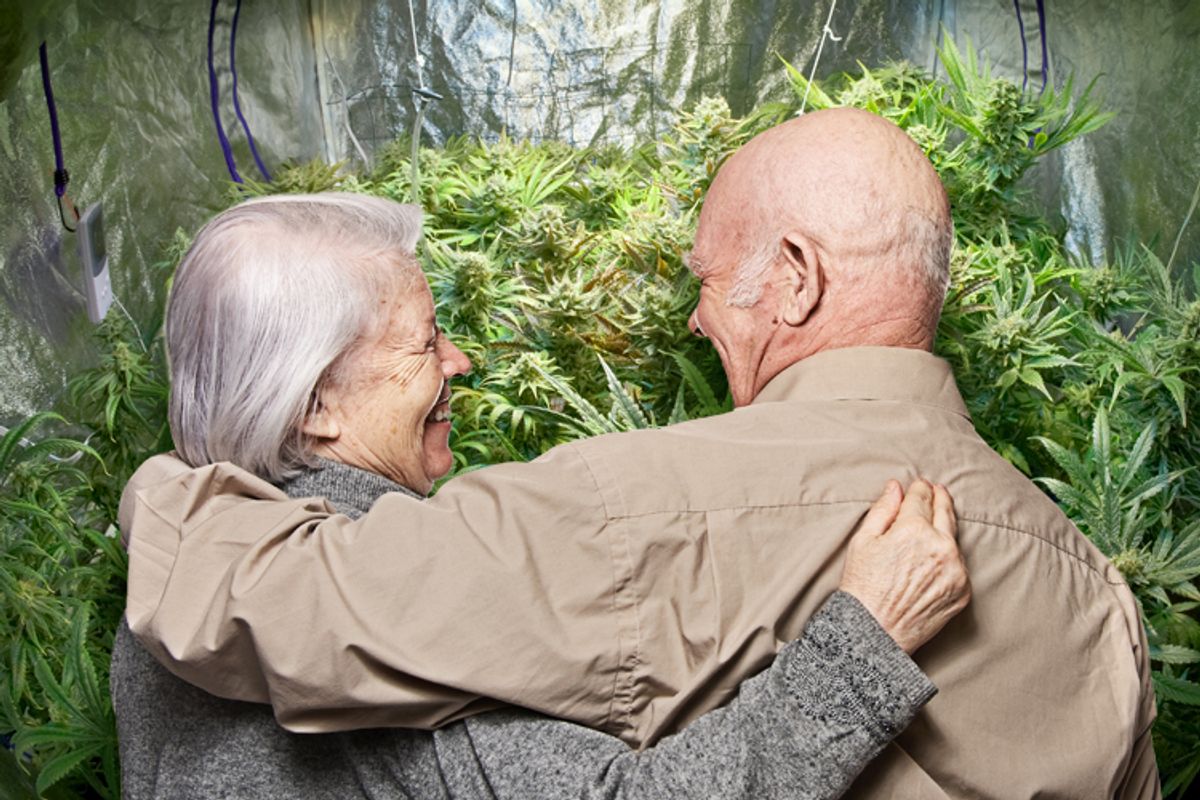 We are once again months away from a budget crisis foisted on a beleaguered populace by a wretched, wretched Congress. Negotiators from both parties are seeking to bring down the country’s projected deficits as part of an agreement to keep the government open and prevent default on the national debt.

Ideally, we will not ride right up to the edge of the abyss, so close that as long as we live we cannot forget how it felt to stare down into the chasm of financial ruin and panic, so close that the churn in our stomachs never fully settles, always hanging there, a reminder that there is madness and chaos inside of us, held at bay but never vanquished.

But that’s wishful thinking. So in a few months, when we are hours away from a self-imposed deadline, I hope that one way we can close the gap between the parties and reduce our deficits – without higher tax rates or further cuts to cancer research or education for children with disabilities – is finally legalizing marijuana and ending a pointless, cruel and expensive policy once and for all.

Yes, marijuana should be legal and heavily regulated. This is obviously true. Unlike alcohol or tobacco, marijuana is not a leading factor in cancer, liver disease, domestic abuse or car accidents. It is also far less addictive than our legal drugs or prescription drugs like OxyContin or Percocet. And yet we arrest almost a million people every year simply for having this relatively benign substance in their pockets, an injustice tolerated in part because the execution of this irrational policy is felt far more by the poor and voiceless than it is by the governing class.

But here’s what else marijuana prohibition does: Enforcing this policy costs the federal government and state and local governments roughly $10 billion each year. If we include the failure to tax marijuana as we tax tobacco and alcohol, the opportunity cost of prohibition is closer to $20 billion each year, and some argue it is actually far higher.

That’s a lot of money. That’s a lot of money even on the scale of our budget deficits. For example, one perennial option for how to reduce the long-term deficit is to raise the eligibility age for Medicare from 65 to 67. Now, this is a stupid policy choice. First, it doesn’t actually reduce our nation’s healthcare spending. In fact, because Medicare is more efficient at providing coverage than private insurers, more spending, not less, will likely end up in the growing slice of the economic pie devoted to healthcare – all in the name of a wealth transfer from seniors to insurance companies.

But it also barely reduces the government’s healthcare spending. That’s because seniors under 67 are healthier than the typical Medicare beneficiary, and many of those seniors would get a tax credit through the Affordable Care Act or coverage through Medicaid. So this saves the federal government less than $3 billion each year over the next decade. Yet this is one of the major proposals that circulates every time we consider a budget deal. It was rumored to be part of the failed negotiations between President Obama and Speaker Boehner in 2011. It was included in the latest white paper by Alan Simpson and Erskine Bowles, the co-chairs of “Fix the Debt,” a conservative nonprofit in Washington.

Well, don’t accept it. Failing to end the prohibition of marijuana, even as we consider far more harmful ways to reduce spending, is indefensible on policy grounds and it is indefensible on political grounds. Just this week, Colorado voted to tax legal marijuana to pay for schools. Three cities in Michigan and one in Maine voted by huge margins to decriminalize the drug. Fifty-eight percent of Americans now support legalization, a rapidly growing number.  There is absolutely a coalition of liberals and conservatives that can get behind this kind of policy at the national level, and more states and local governments would surely follow.

What is not serious about this? On what grounds is this not a part of the conversation about our federal budget? Inertia and the discomfort of stodgy senators is not an answer. The fact that pot is kind of funny because its side effects include McDonald's wrappers and terrible TV show ideas is not an answer either.

And you should be too. Ending our century-old prohibition of marijuana will stop needless arrests and prison sentences, save the government money, and give us back some freedom, all while potentially preventing billions of dollars in cuts to Medicare or Social Security or school lunches or energy research or military scholarships or highway construction or any of the other worthy and noble and valuable projects of our government.

Legalize marijuana. Do it for seniors who can’t afford to wait two years for healthcare, for kids with promise and special needs, for the medical researchers whose studies are on hold right now because of the latest round of budget cuts. Do it for taxpayers. And do it for the simple principle that we can have a smart and efficient government in this country, that we are not beholden to the mistakes and irrational policies of the past, that we are still the ones who tell Washington what is serious.

Jon Lovett is a writer who served for three years as a speechwriter to President Barack Obama. He also co-created the NBC comedy "1600 Penn."