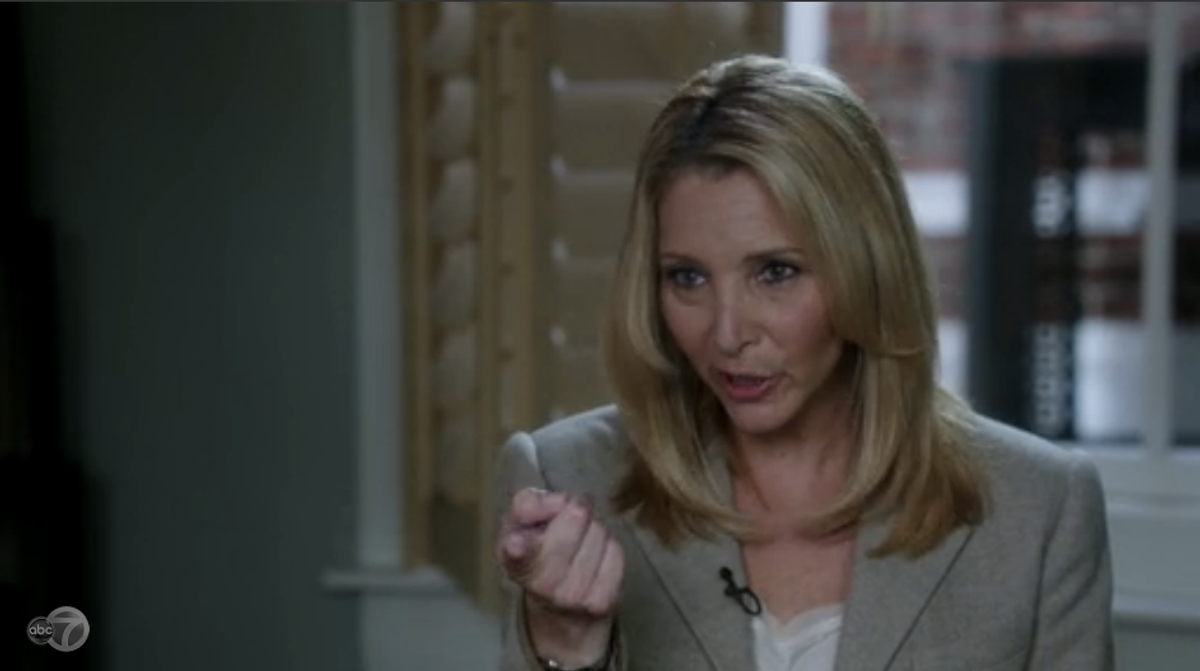 Lisa Kudrow's Sen. Josie Marcus is a pretend congresswoman running for pretend president on "Scandal," but her evisceration of the sexist media and political spectacle that asks female politicians to walk an impossible line between being strong but not too assertive, feminine but not girlish, motherly but not soft, etc. ad infinitum is totally real.

"I know what prejudice looks like," Marcus says in response to an interview question about whether or not she has the experience necessary to be president. "It's not about experience, James. It's about gender. Reston [Marcus' opponent] is saying I don't have the balls to be President, and he means that literally. It's offensive. It's offensive to me, and to all the women whose votes he's asking for."

"Are you saying that Governor Reston is sexist?" the interviewer asks her.

Yes. I am. And it's not just Governor Reston speaking in code about gender. It's everyone, yourself included. The only reason we're doing this interview in my house is because you requested it. This was your idea. And yet here you are, thanking me for inviting me into my "lovely home." That's what you say to the neighbor lady who baked you chocolate chip cookies. This pitcher of iced tea isn't even mine. It's what your producers set here. Why? Same reason you called me a "real live Cinderella story." It reminds people that I'm a woman without using the word.

For you it's an angle, and I get that, and I'm sure you think it's innocuous, but guess what? It's not. Don't interrupt me when I'm speaking. You're promoting stereotypes, James. You're advancing this idea that women are weaker than men. You're playing right into the hands of Reston and into the hands of every other imbecile who thinks a woman isn't fit to be commander-in-chief.