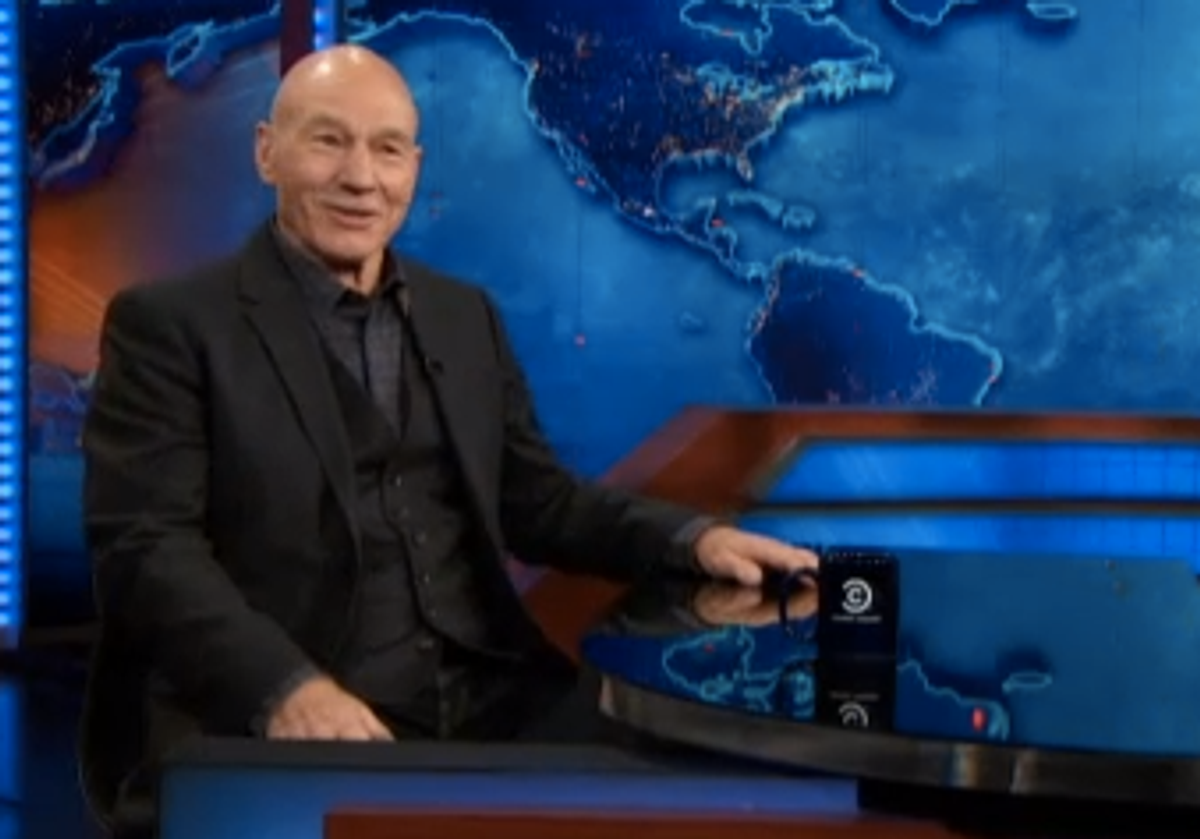 It's a well-known fact that Patrick Stewart is the best and that everyone loves him.

Stewart seems like a good guy who is genuinely interested and engaged in some pretty important social justice issues. He also looks great in a lobster costume and while resting in a colorful ball pit.

Now let's add this to the list of his many positive attributes: He also seems to have a talent for insulting incompetent politicians.

The English actor told Jon Stewart on "The Daily Show" Thursday night that he believes that Rand Paul and others aren't politicians at all, just comedians with "bad script writers."

"An idea has occurred to me because you use the word 'funny' about some of these politicians we've been looking at, like Rand Paul and the guy in Toronto," English Stewart told American Stewart. "Maybe they are not politicians, maybe they are actually comedians but they have bad script writers. Think about it."

"Can I tell you what you just did there, Professor X?" replied American Stewart. "You just blew my fucking mind."