"(Note to self: Don't forget to footnote this)" 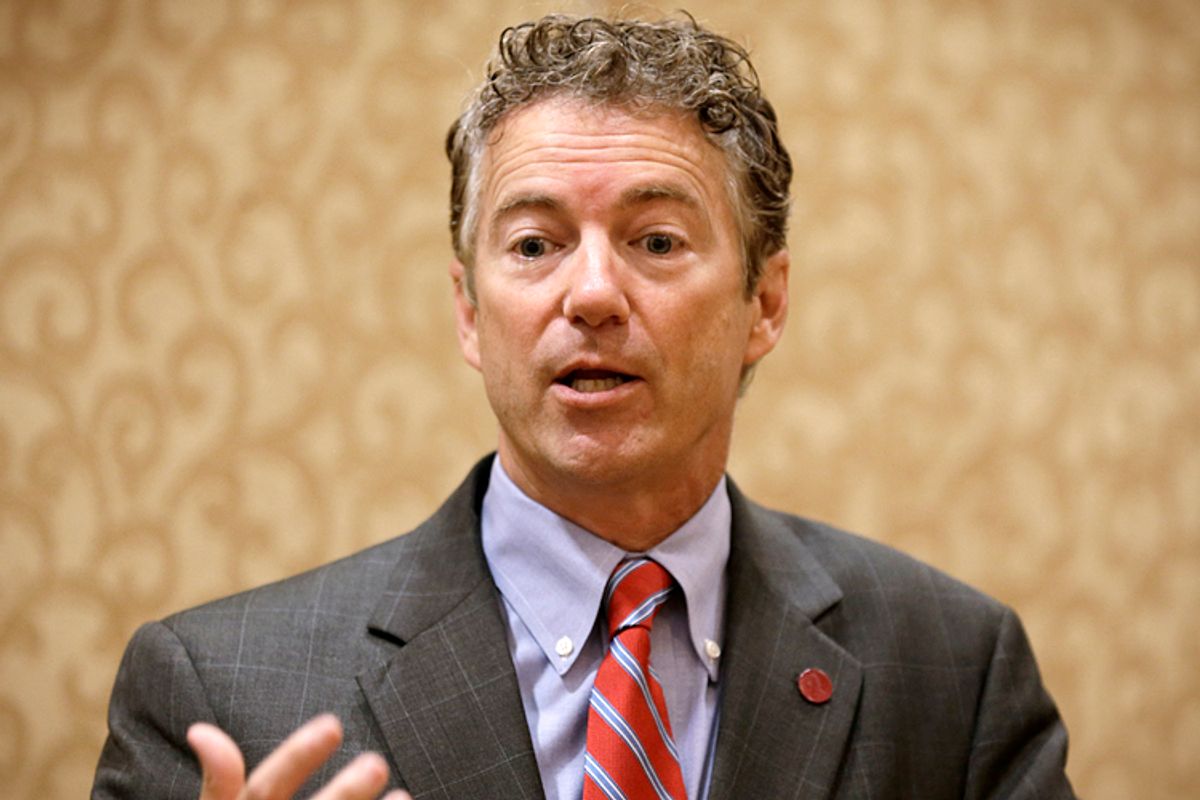 After being on the receiving end of a raft of criticism for rampant plagiarism, Sen. Rand Paul is poking a little bit of fun at himself.

In his debut column at his new home, Breitbart, Sen. Paul cracks a joke at his own expense. After quoting William Wilbeforce, Paul obliquely acknowledges his problems with plagiarism by including a "note to self" that reads: "Don't forget to footnote this." (Paul has previously promised that henceforth all of his published work will be thoroughly footnoted, so as to guarantee people leave him "the hell alone.")

Read the column here, or just check out the joke in the screen-shot below: