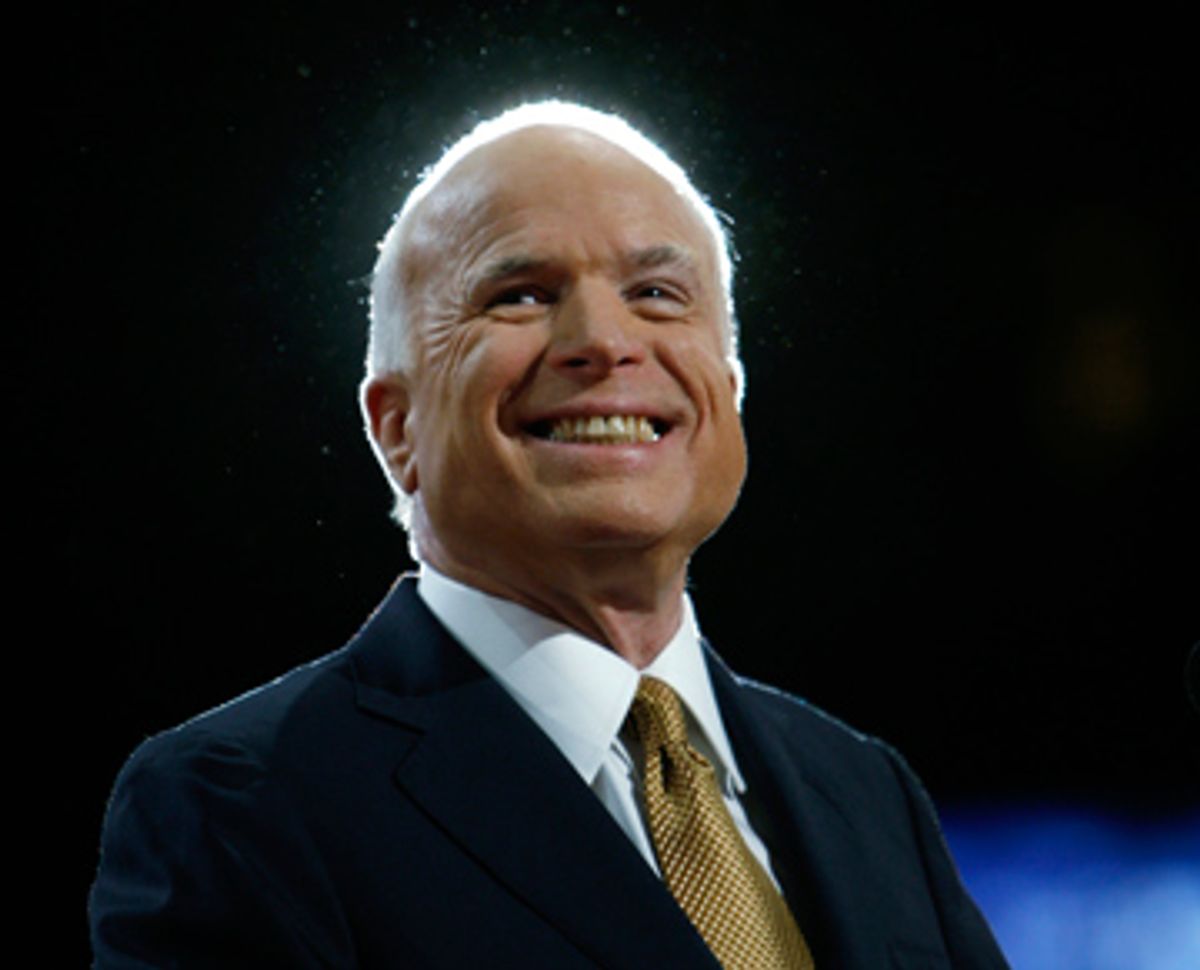 Last week, John McCain, the senior U.S. Senator from the state of Arizona and 2008 Republican presidential nominee, somewhat surprisingly, called for restraint in response to an Iraqi request for military assistance to deal with a new wave of instability. Instead, he argued for a political response.

Rare is the potential military conflict where Senator McCain does not immediately call on the U.S. military to get involved.

A poorly conceived 2007 joke he made on the campaign trail with regards to Iran – “Bomb, bomb, bomb!” – seems to have evolved into his lifetime motto.

That is definitely not the behavior pattern generally associated with a former P.O.W.  And by his standards, in Vietnam, the theater where he got entangled, as well as elsewhere in Asia, Senator McCain has shown more reserve and sense of judgment.

Not so in the Middle East and Africa. In 2013, it has been a drumbeat for strikes in Syria. In 2011, he was anxious to bomb Libya. That country is now in a mess that makes Iraq look stable by comparison, hard though it may be to believe.

In 2007, it was imperative to Senator McCain that the United States strike Iran.

So it comes as a bit of a shock that Senator McCain’s seemingly relentless interventionism has morphed into gentle counseling of the White House to show great restraint with regard to Iraqi Prime Minister Maliki’s request for more U.S. military support.

In the contemporary context, the argument that the senator eagerly presents in TV interviews does have clear merit.  Maliki would indeed serve his presumed cause of wanting to stabilize Iraq much better if he truly pursued a more inclusive government in Iraq.

After all, Iraq’s Sunnis, formerly the country’s ruling class under Saddam Hussein, feel deeply frustrated at their lack of political rights in the new Shia-dominated Iraq.

However, for Senator McCain to make that case is genuinely hypocritical.  Lest we forget, Senator McCain bears personal responsibility for the de facto Iranization of Iraq.

As a staunch supporter of the 2002 invasion, Mr. McCain bought into and sold every pretense of the prior Administration for this blood-stained bag of goods.

These range from false claims of WMDs, to outlandish suggestions of al-Qaeda presence, to the truth that Saddam Hussein was just an evil man without ever considering the obvious consequences of removing him. Hence, his wisdom is a little late in coming.

After a decade of the United States pouring oil into the Iraqi fire, with the likes of McCain acting as cheerleaders, Iraq is badly traumatized.

Iraq’s politics, a very complex affair even under the best of circumstances, are completely out of kilter, thanks to the high-handed and completely ill-advised American intervention. Its present crop of elected officials has been completely discredited.

Why McCain is lucky

Mr. McCain, though, is very fortunate to live in the United States and serve in the U.S. Congress.  In virtually any other country, the general population would have long considered him as discredited a politician as Iraq’s leadership.

But in the increasingly short-term collective memory of the United States, he is essentially safe, aided and abetted by forever subservient mainstream media. They are, quite perversely, always eager to give failure a positive platform.

In false deference, they lack the courage to confront Mr. McCain with his own culpability in the Iraq affair.

But maybe it’s less deference than commercial fear that such bluntness would lose them “access” to senior politicians.  Is it worth, they wonder, reminding the American public of historic truths when the “risks” are that high?

Evidently not. Let’s leave that to Jon Stewart, the thinking goes. After all, he is a comedian. The jester can safely mock the court without losing his head.

Of course, for us mere mortals that raises the question of journalism’s raison d’être if it just acts as an accomplice to those who have deceived us before.

For Senator McCain, all of that good fortune is not enough.  What he likes the most is to go on offense – and, if at all possible, turn every twist in world affairs into an opportunity to berate the man who beat him out for the job five years ago. So count on him to turn the current set of regional events against the still youngish President.

With Syria teetering on the brink, al Qaeda forces have benefitted from a much freer rein roaming throughout Iraq.  In Senator McCain’s eyes, forever focused solely on the present, it presents a perfect opportunity to argue that if President Obama had only intervened on the side of the rebels in Syria, Iraq would be more stable.

This is no idle matter strategically.  Soon, Senator McCain and his fellow interventionists will argue that the conceivable collapse of Iraq was all President Obama’s and the Democrats’ fault.

After all, they have been in power long enough by now, haven’t they?  So, to McCain, it’s they who now “own it all” in Iraq, to use the phrase that Colin Powell once employed to warn the previous president.

To the mainstream media, it doesn’t really matter that former officials of the George W. Bush administration, as well as the Arizona Senator, have left their fingerprints and DNA all over the bloodshed in the Middle East and the region’s growing instability.

That, mind you, is widely seen as yesteryear’s story.  And staying with that (truthful) storyline, if you can believe the twisted ways in which America works these days, would expose the mainstream media to having an “agenda.”

American news journalists, unlike sports commentators or Jon Stewart, are loathe to “go back to the tape” to show folks what really happened, even though it is in their job description.

That would be perceived as over-stressing the willingness of the American people to deal with the historical record.  And any such effort would risk losing further segments of the audience.

No wonder that with such a meek media, politicians like Senator McCain get away with reinterpreting history at their convenience, without being ever held accountable.