Why teen smoking's on the rise

Research suggests a new generation of kids and young adults believe lighting up is a choice, not an addiction 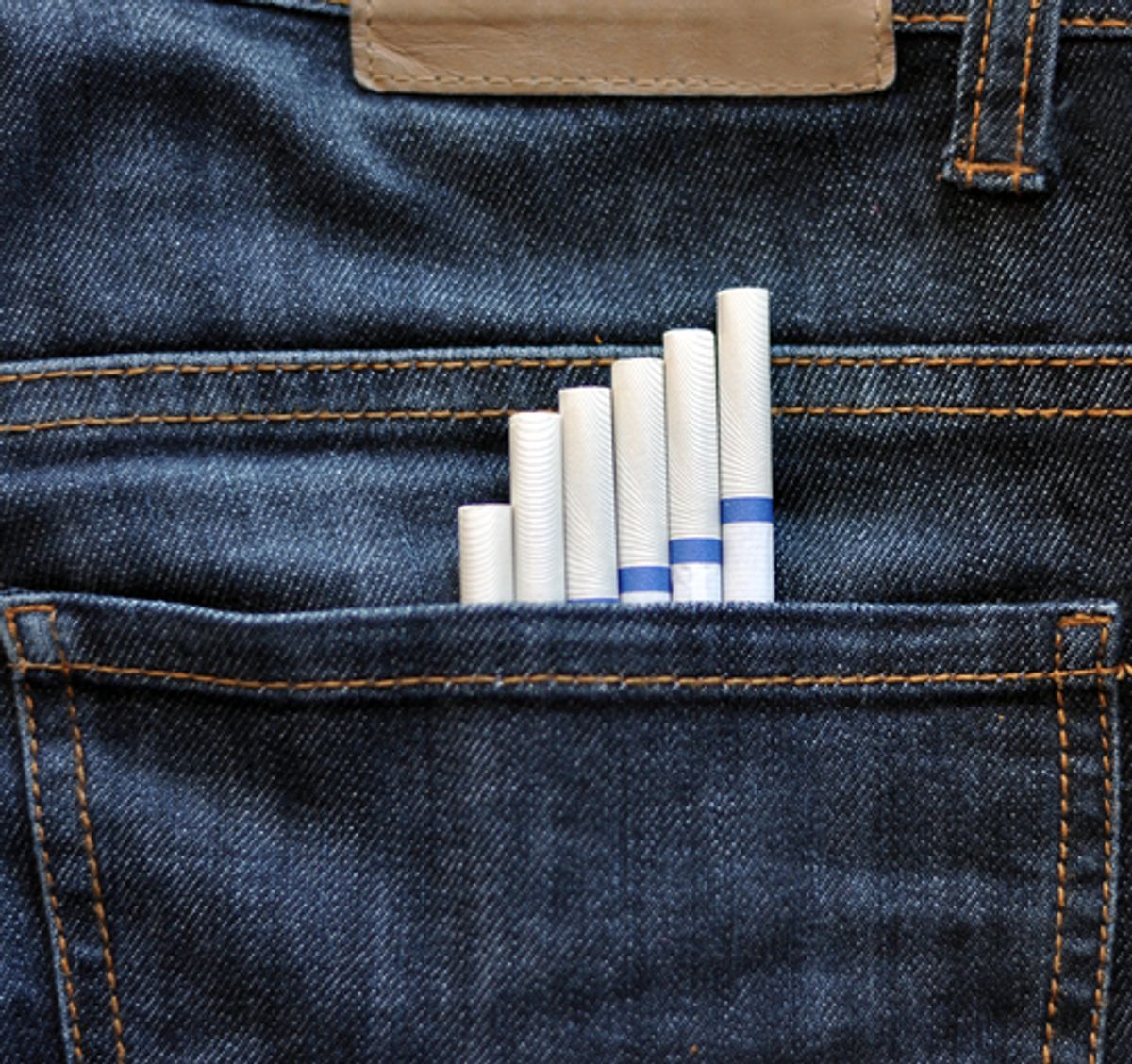 Years after the widespread decline of cigarette smoking, cigarette usage has recently escalated. Though everybody still knows about smoking's health risks, the habit seems to be on the rise due to a resurgence in the old belief that smoking is, simply, cool. Many studies, including one by the American Journal of Preventive Medicine in 2011, have suggested this swell n popularity indicates a large demographic of teenage smokers. Once again, smoking has become a prominent social outlet — specifically among teens and college students. But it's only because our generation thinks of it as a choice — not an addiction.

For kids and young adults, smoking has increased in popularity over the last several years. A survey conducted this past March by the Cancer Research Center in the UK indicates that 207,000 children in the UK, ranging from 11 to 15 years old, start smoking each year.

Paralleling this rise, youth smoking in the U.S. has also increased. The aforementioned study shows that, in the period from 1991 to 2009, teenage smoking has risen by about 12%. However, this study is quick to emphasize that this was an increase in "casual" smoking, defined as one to five cigarettes per day, rather than heavy smoking, which is defined as more than 11 cigarettes per day. While this interpretation of casual smoking was determined specifically for the study, five cigarettes per day seems like quite a high number to be considered "light."

Of course, this recent resurgence in smoking is also accompanied by a seemingly ever-lasting "cool" connotation for cigarettes. Anyone who's seen a movie from the 40s knows that smoking is cool. A study conducted by JAMA Pediatrics in 2011 examined the prominence of smoking on popular television shows in 2007. The study found that 40% of shows contained at least one scene with tobacco, and of those scenes, 89% involved cigarettes.

So what do the images of "casual" and "cool" smoking lead to? The social smoker, now a common term among millenials, refers to someone who smokes to facilitate a conversation. This is a smoker who doesn't seem addicted, but still smokes regularly.

Smoking has become a popular method for young party-goers to meet people on a more intimate level. The average atmosphere of a college-age party involves blaring music and sloshing beers. Nearly everyone has seen kids smoking outside of a party, though. Retreating outside to have a smoke offers a chance for party-goers to relate to one another, bonding over cigarettes and a conversation you can actually hear. Yet millennials will never see smoking as the point of such interactions.

An article released by the National Bureau of Economic Research suggests that the increase in teen smoking will eventually lead to a rise in adult smoking. However, the NBER found that, when asked about their future cigarette usage, 56% of high school seniors believe they will have quit within five years. This suggests that kids believe smoking to be cool and hip now, but feel addictions are unsophisticated and unappealing.

This also translates into quite the divide between those who smoke socially and those who smoke due to addiction. Social smokers have this perception that — because they use cigarettes solely as a social outlet — they aren't addicted to nicotine. They excuse the physical act of smoking because the motivation for performing the act is not dependence. This, yet again, implies and emphasizes the "cool factor" which transitively increases cigarette usage overall and leads to quite a vicious cycle. After all, young adults are more inclined to take up smoking when it is portrayed as a social, hip choice rather than as a dependency. But smoking as an addiction? That will never be popular.