The suspended Miami Dolphin, in first TV interview, says his racist slurs were part of "relationship" with players 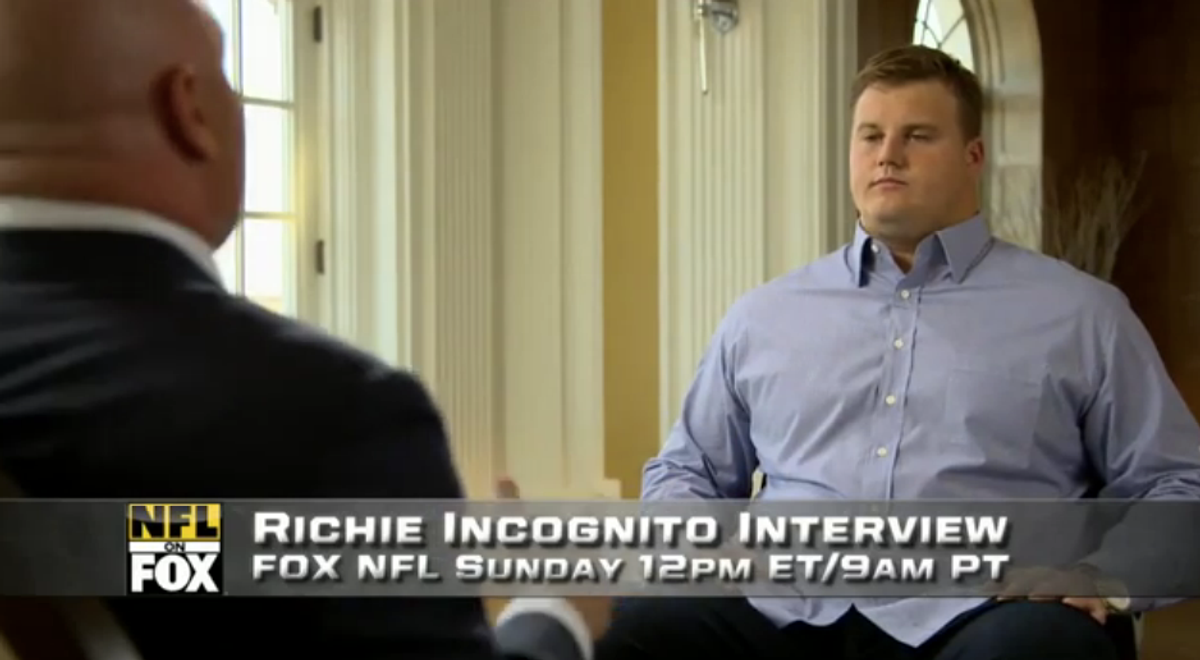 In the interview, Incognito suggests that racist parlance and goading is simply an entrenched part of locker room culture. "This isn't an issue about bullying," Incognito said. "This is an issue of my and John's relationship. You can ask anybody in the Miami Dolphins locker room, 'Who had John Martin's back the absolute most?' and they will undoubtedly tell you me."