"The Heart of Everything That Is": The Sioux's brilliant, unsung leader

A vibrant new biography of Red Cloud, the only Native American leader to win a war against the U.S. 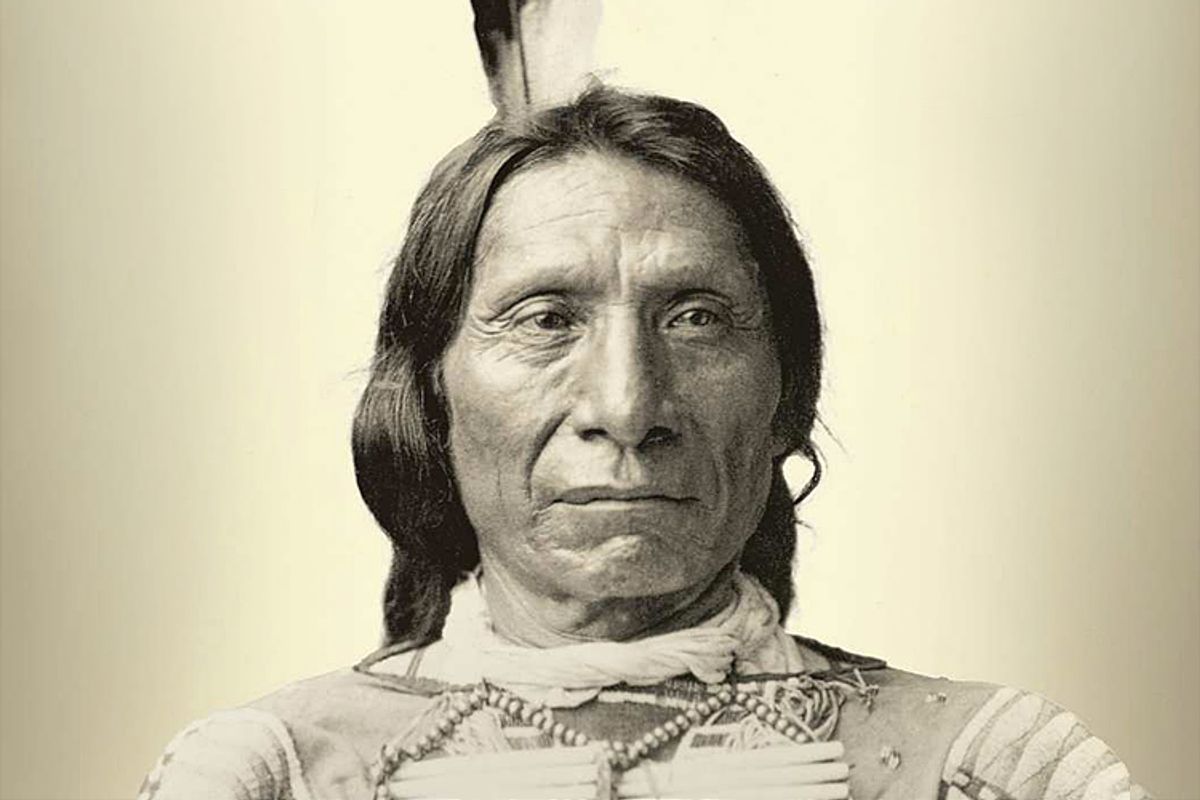 Red Cloud -- Sioux chieftain, sometime ally of Sitting Bull and mentor to Crazy Horse -- was a brilliant politician and military tactician. Pragmatic as well as daring, he cuts a less romantic figure than those two more famous and more tragic Indian leaders of the same period; he survived to the ripe old age of 88, dying in 1909. But Red Cloud was also the only Native American commander to defeat the United States in a war. His life, and the war that bears his name, are the subject of "The Heart of Everything That Is: The Untold Story of Red Cloud, An American Legend" by Bob Drury and Tom Clavin.

This is a ripping yarn, based in part on Red Cloud's memoir, which was transcribed by two reservation friends, misplaced in a drawer for several decades and is still relatively little-known. Another big chunk of the book derives from the first-person accounts (letters, diaries, memoirs) of whites living in the besieged Fort Phil Kearny on Big Piney Creek in what is now Wyoming, where the biggest battle in Red Cloud's War was fought in 1866. A quintessentially Western tale of bold exploits, tough characters, brutal conditions and a lost way of life, this sounds like the sort of story that practically tells itself.

Yet you only realize how little justice most popular histories do to their source material when you come across a book, like this one, that does everything right. It's customary to say of certain nonfiction books -- gussied up with plenty of "color" and psychological speculation -- that they "read like a novel," but truth be told, most of the time we'd have to be talking about a pretty mediocre novel. "The Heart of Everything That Is," on the other hand, resembles the good ones. There were times, turning its pages, when I could almost smell the pines of the Black Hills, feel the icy wind tearing down from Canada across the prairie and hear the hooves of the buffalo pounding the earth.

Red Cloud rose through the class hierarchy of the Oglala Lakotas despite having a father who was not only an outsider (from the Brule branch of the Sioux) but an alcoholic who died young; a maternal uncle took the boy and his mother into his clan. The first part of "The Heart of Everything That Is" describes the shrewd and ambitious young warrior's climb against the backdrop of Sioux society: nomadic, proud, mystical and saturated in warfare.

Red Cloud once told a white man that he and his people had fought so hard to retain dominion of the Black Hills ("the heart of everything that is" in their language) because the gods had delivered the Sioux from the underworld via the sacred Wind Cave in those hills. In fact, the Sioux originated in the Great Lakes area, where, according to Drury and Clavin, they "generally had their way with their Algonquin neighbors" until the 1660s, when the Algonquins began to trade furs with Europeans for muskets and knives. The classic picture of Plains Indian life -- the brave, painted and feathered, almost flying across the grassland on the back of his painted pony, was largely if indirectly shaped by Europeans, who introduced both metal weapons and horses to the New World, pushing the Sioux west and supplying them with the animals used in their great buffalo hunts.

The Sioux lived by hunting and raiding, and if Drury and Clavin are sensible to the flinty grandeur of their culture, they frankly acknowledge it was entwined with the Sioux's "savage and relentless subjugation of neighboring tribes." Red Cloud proved his mettle by stealing horses, killing enemies (the Lakota had a particular hatred of the Crows) and "counting coup," a form of prestige accorded to a fighter who strikes a foe, with the highest honor going to a brave who landed a non-fatal blow and escaped unscathed. A paragon of "steely self-discipline" (unlike the more volatile Crazy Horse), Red Cloud had a melancholy personal life, having planned to marry two women (first one from a prominent family, then the maiden he loved best), but the intended second bride hanged herself on the day of his wedding to the first, after which he remained monogamous, "an oddity in Sioux culture."

Red Cloud's great gifts as a leader included the foresight to recognize that, unless stopped, the whites would eventually seize the Powder River Valley where his people lived. He argued that they should eschew the European luxuries that had seduced weaker tribes: coffee, sugar and above all alcohol. He achieved the remarkable feat of persuading several other tribes, including some traditional enemies, to join his campaign to drive the whites out of the region. His goal: to shut down the recently blazed Bozeman trail, running north from Fort Laramie to Virginia City, in Montana, and the three forts established along the route, including Fort Phil Kearny. He succeeded, forcing U.S. authorities to withdraw from the territory, even if it wasn't for long.

When it comes to the war itself, Red Cloud refrained from describing it to his interlocutors (who were white). For that reason, "The Heart of Everything That Is" switches perspective in its last half, from that of Red Cloud and the Sioux to that of the Americans in Fort Phil Kearny, a particular focus of Red Cloud's highly effective guerrilla-style warfare.

This ought to be disorienting, but Drury and Clavin make it work, and the shift supports the book's general approach of recognizing the virtues and faults on both sides without idealizing or romanticizing either one. The authors' disgust with the flagrant dishonesty and racism represented by U.S. treaties and policies toward the Indians registers most strongly, but they don't try to paper over the Oglala's routine practice of mutilating and killing (not necessarily in that order) almost all prisoners, regardless of age or gender. At least the Indians weren't hypocrites about it; torturing a captured warrior to death was considered an homage to his courage. When you get to the moment when the inhabitants of Fort Phil Kearny learn that a company of some 80 men (civilians as well as soldiers) sent out to protect a wagon train of lumber had been lured into an ambush and slaughtered, your sense of their terror at what might come next is eminently well-grounded.

Someone had to ride from Fort Phil Kearny to Fort Laramie with the news and a plea for reinforcements despite the 20-below temperatures and a lowering storm, and Drury and Clavin's account of Portugee Phillips' famous ride that winter exemplifies the authors' vivid, economical style. Here's the scene of the messenger's more-dead-than-alive arrival on Christmas night, while the residents of Fort Laramie were having a full-dress garrison ball:

Phillips reached under his buffalo coat and woolen shirts and pulled out Colonel Carrington's dispatches. Lieutenant Colonel Palmer's face whitened as he read them. He looked at Phillips, who had just ridden 236 miles in four days through raging blizzards -- a feat that would become equal in western lore to Paul Revere's famous ride. Palmer turned back to the cold papers in his hands. He was wearing white kid gloves.

The white gloves and the cold paper follow from the full-dress ball and the blizzard, but to pick out these two bright points from the murk of history, like an artist adding a speck of light to a painted eye, makes the moment live. There are many moments like that in "The Heart of Everything That Is," set in the lodges of the Lakota, the eerie moonscape of the Badlands and the immense open plains of the prairie -- the harsh, magnificent world that Red Cloud fought so fiercely to preserve for as long as he could.