What happens when a female model starts dressing as a man 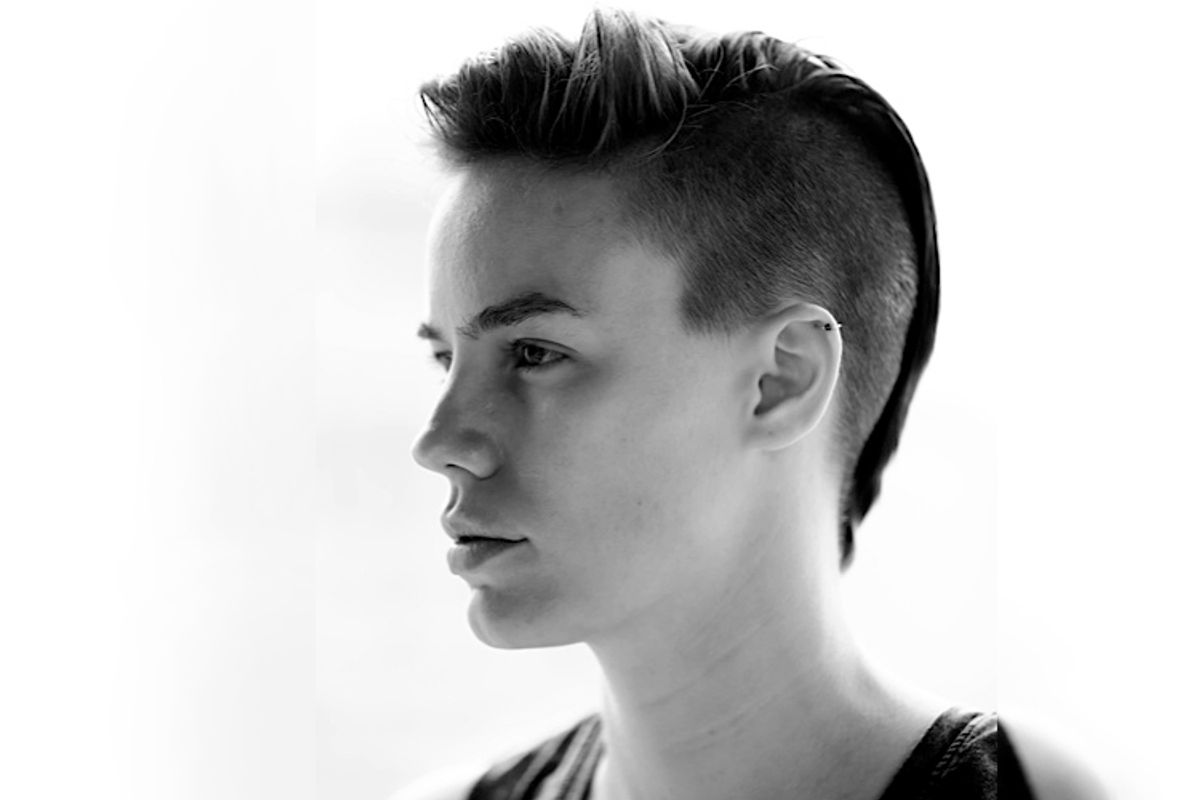 A week ago, Elliott Sailors announced that she has reinvented herself as a male model after years of successfully modeling womenswear with the Ford agency. Since male models have longer careers than their female counterparts, Sailors took the drastic step of cutting her hair, binding her breasts and modeling as a man when she saw her job prospects withering at the age of 30. The media has been transfixed by Sailors’ transformation: She’s been covered by talk shows and news outlets around the world, where she has been celebrated for pushing the boundaries of gender fluidity. The collective fascination with Sailors reveals how transgressive it still is for a heterosexual woman to project a masculine identity.

In the midst of the fray, Katy Waldman of Slate accused Sailors of exploiting transgender narratives in order to further her career, writing, “To appropriate the trans/transition narrative when really all you intend to do is playact a different gender for the camera is just silly. Cut it out.” But Waldman’s accusation does not consider the complexities of gender identification that Sailors has experienced and, more broadly, it does not make room for the possibility that women may genuinely desire to embody masculinity without seeking gender reassignment.

When I spoke with Sailors, she explained that her decision to reinvent herself was not motivated purely by a desire to continue working in fashion. “As a model, there is a lot of direction that comes from the [modeling] agency in terms of how to present yourself,” she says. “This is something I took on outside of conversations with the agency. This is something I did on my own.” Indeed, she had been toying with the idea of gender transformation for many years, driven by a strong feeling that her identity is not encapsulated by traditional femininity. “I don’t identify as a man, but I don’t identify with feminine ways of being either,” she says. “For me, wearing a dress and heels always feels like ‘dressing up.’” Outside her modeling work, Sailors has always been more comfortable wearing men’s clothing. “I have purchased more menswear since doing this, but this is exactly the same kind of clothing that I would have worn before.” Sailors says that she is regularly identified as a man when she walks around Manhattan. “I am excited when people make the mistake sometimes because it means this is working,” she says. “People are realizing that my energy is inclusive of masculine energy.”

As many have noted, gender identity and sexual orientation are not one and the same -- and Sailors’ transformation sends a liberating message to women who do not feel entirely at home within the trappings of femininity. Since taking on her new appearance, Sailors has heard from many other heterosexual women who are grateful they are not alone in yearning for more fluid gender identities. However, she makes it clear that she does not expect all women to want to embody masculine characteristics. “A lot of people don’t necessarily feel that their experience of themselves includes more than the gender that they were born into,” she asserts. “I don’t blame anybody else for not doing what I have done.”

When strangers recognize that Sailors is a woman, they often think she is lesbian, because it seems impossible to them that a straight woman would choose to dress in a way that might turn off straight men. “They feel like I am approachable and treat me like I’m one of the boys,” she says. “When they find out that I’m not lesbian, they don’t know whether to talk to me as a man or as a woman.” She also describes more offensive encounters she has had with men who express entitlement toward her sexuality. “I’ve had guys come up to me on the street, saying, ‘It’s so unfortunate that you’re a lesbian.’ In other words, they’re saying, ‘You’re good looking; it’s too bad that I can’t have you.’”

Sailors’ androgyny forces other people to think about the gendered nature of their everyday encounters. She told me about a photo shoot where an assistant on set expressed confusion about how he should approach her physically, since he usually hugged women and shook hands with men. “It’s becoming a conversation about how people perceive gender and what they feel comfortable with,” she says. Last week, at a nightclub, a man bumped into her and kept reassessing his relationship with her as his understanding of her gender identity changed. “He said, ‘Sorry, buddy, I mean, sweetheart,’ and when he saw I was with my husband he became very apologetic and said, ‘Honey, I didn’t mean anything by that,’” she recalls. Although not by design, Sailors’ transformation has become a kind of sociological experiment that leads to discussions about why people relate to men and women so differently.

Sailors’ husband has embraced her decision, even though it means that he is sometimes mistaken for a gay man when they are out together as a couple. The two have had homophobic slurs hurled in their direction. “He reacts much in the same way that I do, not taking it as a personal insult,” says Sailors. Many other men would not be so agreeable with this situation. In fact, in a recent Salon article, Thomas Matt pointed out how frequently transgender women experience violence when they come out to their partners in part because those partners are suddenly in a position to be perceived as homosexual. Straight men’s anxiety about being read as gay may contribute to women’s choice to embody feminine qualities, even when they would be more comfortable with masculine forms of gender expression.

In her commentary, Waldman accused Sailors of scheming to “drape what is finally a perfectly pragmatic career decision in the drama of real-life gender reassignment.” But Sailors has never represented her transformation as a transgender struggle and is outspoken in her support of trans rights. “I’m obviously not claiming to be male,” Sailors tells me. “There wasn’t a particular community I was looking to be part of. At the same time, I have so much respect and appreciation for the trans community.” Indeed, she's aware that the backlash she's gotten since changing her appearance is only a fraction of what trans people face. “There are people who have made slurring remarks (at me) and it breaks my heart, because this is something that many others deal with on a regular basis,” she says. “I’ve only had this haircut for a year, but I can’t imagine what it would have been like in junior high, for example, dealing with people saying such unkind things.”

Some trans writers and activists say they celebrate Sailors’ decision to cross-dress. Vivienne Ming, chief data scientist at the tech company Gild, who has shared her story of transition, told me, “I think her work as a ‘male’ model is fine. It’s a work decision for which I can find no fault, no evidence of farce. She looks terrific as a guy, and I’m envious of her in both directions.” D.M., a Boston-based transgender activist, says, “In many ways, all modeling is drag, all the time. Elliott isn’t appropriating an identity, but experiencing some parts of what it means to be trans, particularly in the discomfort, however superficial and fleeting, of incongruity.” D.M. argues that as long as they're not engaging in mockery, non-trans people can help to normalize cross-dressing, thereby making society more accepting toward the trans community.

Sailors says her choice isn't about co-opting other people's stories or sexuality. “I believe in taking things at face value and not giving things meaning that isn’t there,” she says. She argues that her transformation is much more about being empowered, as a straight woman, to express her gender identity in ways that feel comfortable to her. “This is about authenticity and being able to accept yourself for who you want to be,” says Sailors. “Transformation is really possible at any point. You’re not limited to whoever it was you were the day before.”