As Arctic sea ice melts, starving bears are making their way to land 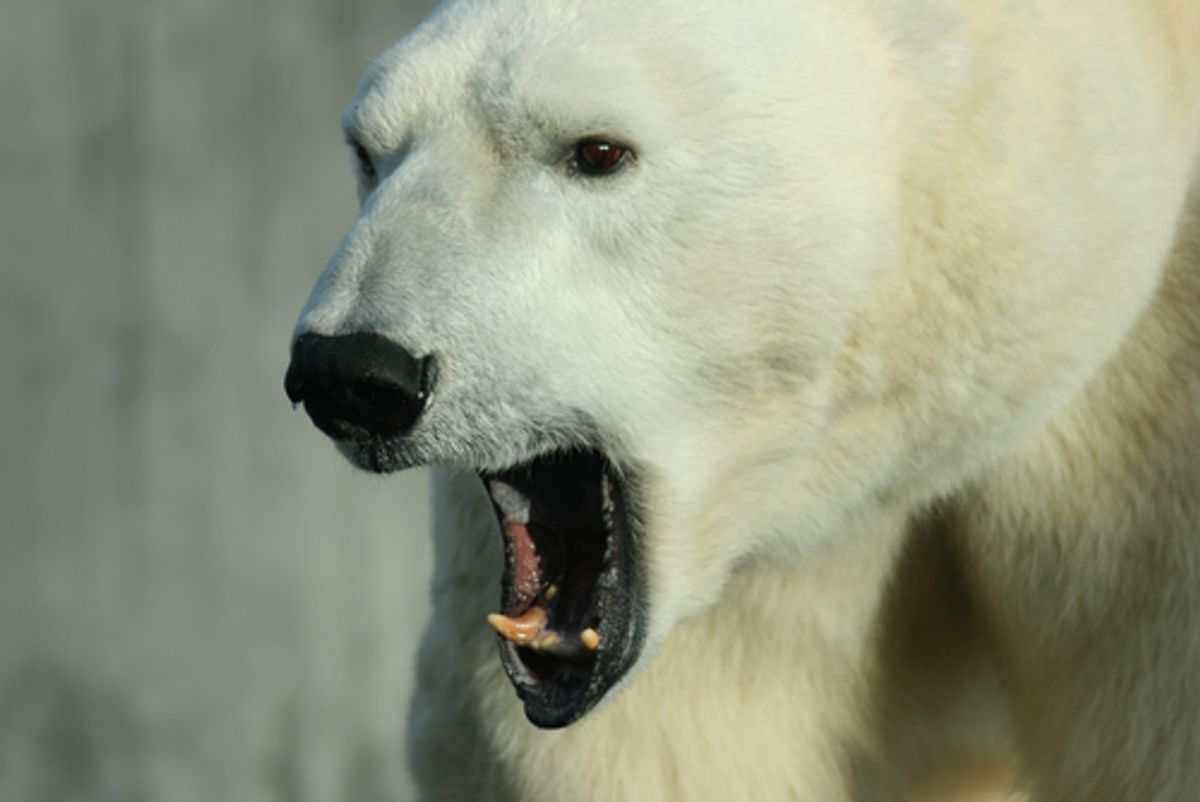 What happens when polar bears in a warming Arctic start losing their natural source of food? Increasingly, the starving bears are leaving their (melting) ice floes and making their way onto land in search of something to eat -- leading to dangerous encounters with humans.

In the northern reaches of Canada and the Russian Far East, polar bear attacks are becoming a serious threat. Three people in Kamchatka were killed by bears this year; last week, two people in Churchill were brutally mauled while walking home from a Halloween party. And a pack of 43 polar bears lie in wait nearby the village of Ryrkaypy in Chukotka, where local residents have been warned not to go outside after dark.

While Ryrkaypy is on the bears' traditional migration route, scientists are warning that violent human-bear interactions may be on the rise. As Steven Amstrup, the chief scientist for Polar Bears International, told the Guardian:

"We have predicted in no uncertain times that as bears become hungrier as the sea ice absence period is longer, more and more of these animals are going to be venturing into communities, venturing into villages, raiding food caches, getting into garbage, and even attacking people. So we predict these kinds of events are going to be more frequent and more severe because of climate change.”

Polar bear attacks are more likely to be fatal than encounters with brown bears, which are normally content with just mauling their victims, according to RT. Yet shooting the endangered species is prohibited except in "dire emergencies."