Bill Bryson responds to scathing review of "One Summer: America 1927" 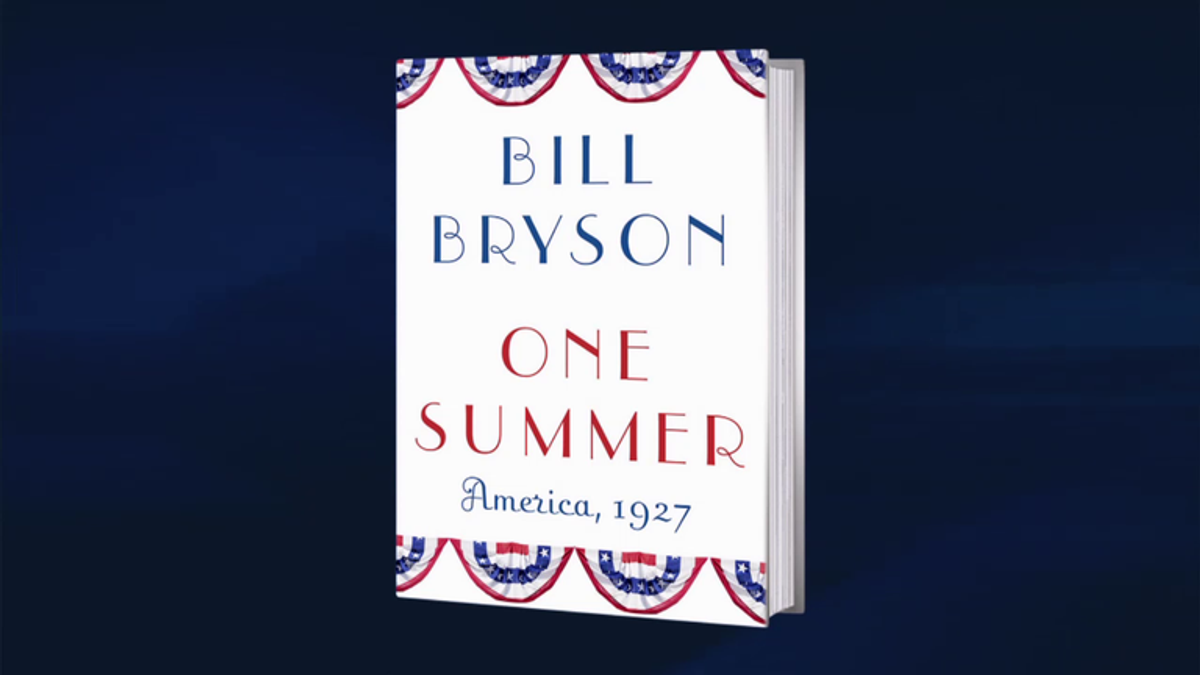 Best-selling travelogue and science writer Bill Bryson has responded to Douglas Brinkley's brutal takedown of Bryson's "One Summer: America 1927," which attempts to capture the zeitgeist of America at a time when Charles Lindbergh flew across the Atlantic and Babe Ruth hit 60 home runs. Brinkley, a professor of history at Rice University and a CBS News historian, lambasts Bryson's book as "remedial pseudo-history," at times "wrongheaded and factually misleading" with "stale cliches and hokey summations." He calls is "reminiscent of a Ripley’s Believe It or Not carnie brag."

"Brinkley is, of course, entitled to his opinions, however misinformed," wrote Bryson in letter to the Editor in the Washington Post, "but when he resorts to fabrications to bolster his case against me, I must object."

Bryson counters Brinkley's claim that the book is “devoid of footnotes" and that its “sourcing is sketchy”:

In making these ludicrous assertions, Brinkley has managed to overlook that readers of my book are directed to a 119-page appendix available online that contains some 1,200 annotated source notes, enough to satisfy an academic far more scrupulous and attentive than he. The book’s bibliography contains some 300 entries and is accompanied by a section headed “Notes on Sources and Further Reading,” which discusses at some length (and with obvious familiarity) the principal books, journals, legal documents and other sources I consulted. These are regularly cited within the 500-odd pages of text of “One Summer” itself.

The book received favorable reviews from several news outlets, including the Chicago Tribune and the Boston Globe. Though, according to the Boston Globe's David Shribman, there is at least one factual error:

He gets most of them right but gets Calvin Coolidge wrong; a more careful study of Amity Shlaes’s biography, out this year and cited in his bibliography, would have set him straight. He is right, however, in concluding, that Coolidge ‘’presided over a booming economy and did nothing at all to get in the way of it.’’

His view of Coolidge is a mere misdemeanor in a book that captures that fabulous summer — indeed, the entire era — in tone and timbre.