Elizabeth Warren is not scared of a 2016 run 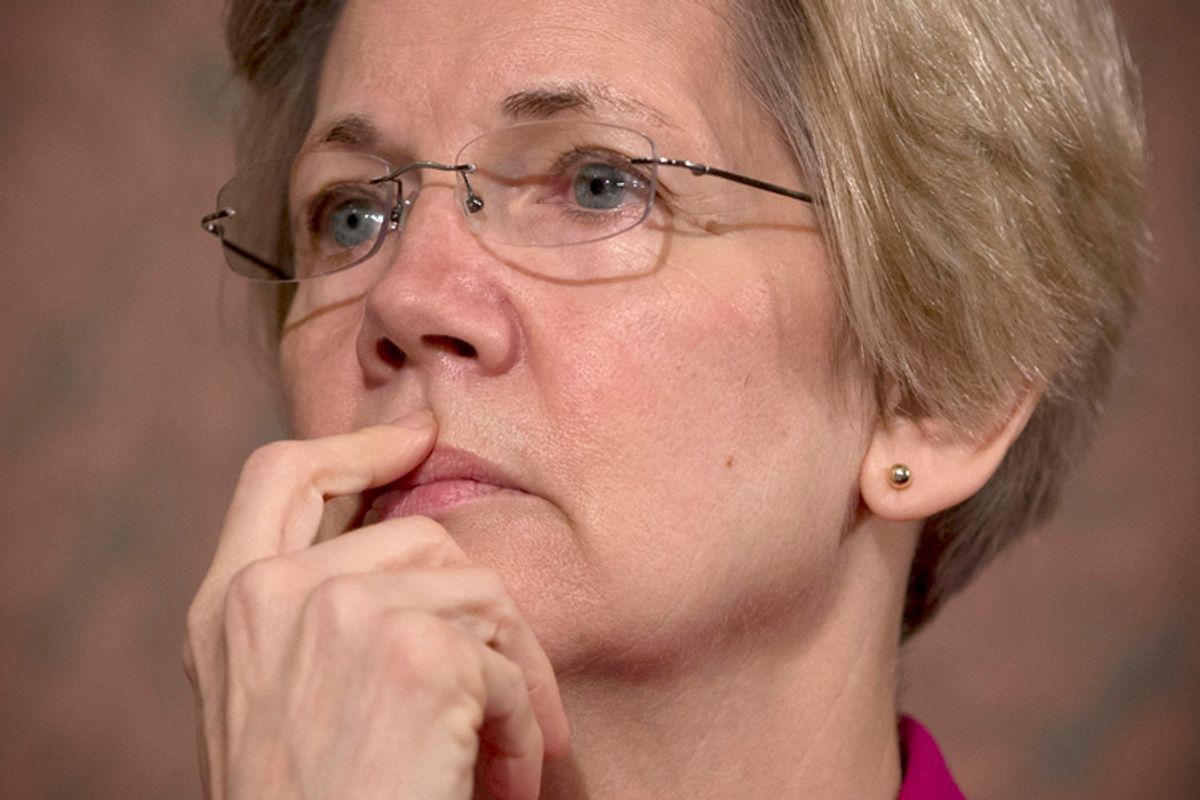 Sen. Elizabeth Warren, D-Mass., the progressives' favorite on Capitol Hill for her efforts to hold Wall Street accountable, is emerging as an increasingly likely opponent to Hillary Clinton's 2016 presidential run. Or so suggests a lengthy New Republic profile of the senator, which emphasizes how Warren sees a 2016 run as an uphill battle, but that's no deterrent to her ambitions.

A former aide of Warren's notes, "Yeah, Hillary is running. And she’ll probably win,” the aide added. “But Elizabeth doesn’t care about winning. She doesn’t care whose turn it is."

Above all, the profile affirms the popular mythos surrounding Warren -- the voice of the underrepresented on Capitol Hill, with a knack for the realpolitik and a commitment to political service. "I know what I am in Washington to do: I’m here to fight for hard-working families," she told the New Republic.

The New Republic's Noam Schreiber suggests that Warren is the obvious and natural choice to fill the populist chasm in the Democrats' ranks; the candidate who could take on Clinton:

Which brings us to the probable face of the insurgency. In addition to being strongly identified with the party’s populist wing, any candidate who challenged Clinton would need several key assets. The candidate would almost certainly have to be a woman, given Democrats’ desire to make history again. She would have to amass huge piles of money with relatively little effort. Above all, she would have to awaken in Democratic voters an almost evangelical passion. As it happens, there is precisely such a person. Her name is Elizabeth Warren.