Sorry, Gaga, but the ideas of Andy Warhol belong in the 1960s; we all know much more about celebrity than he did 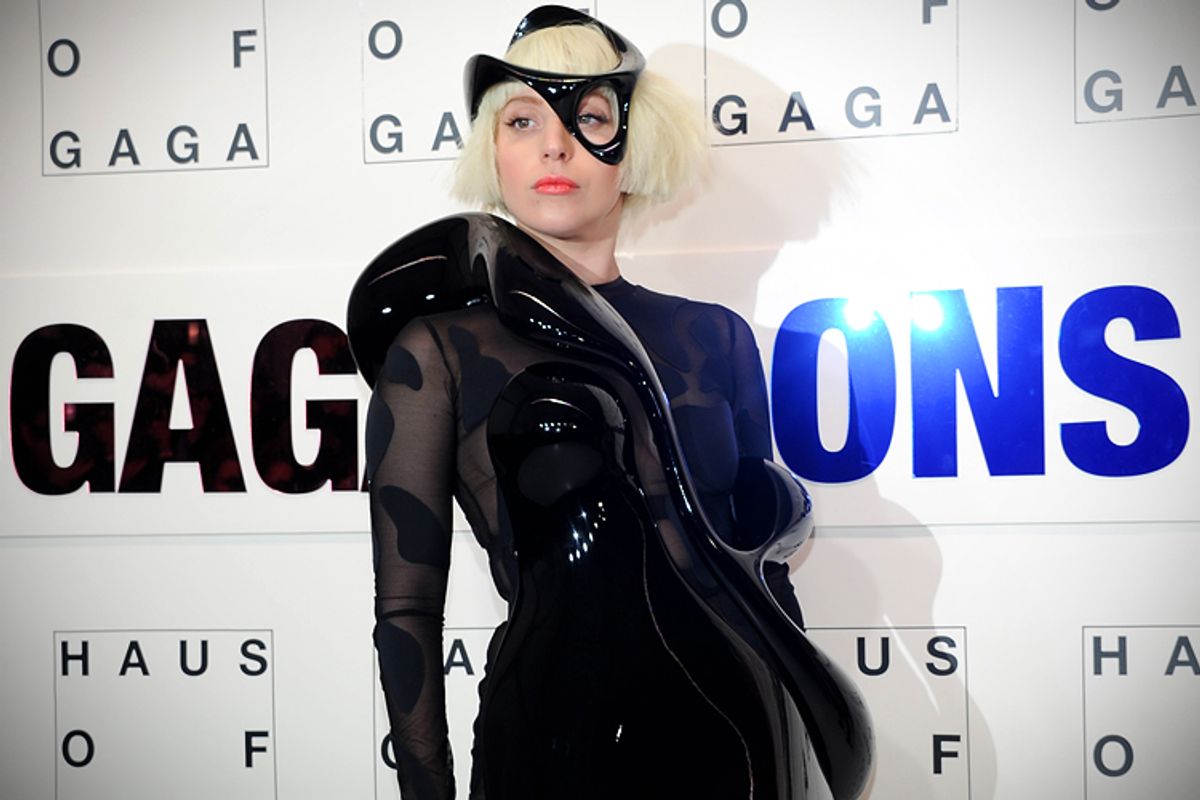 Lady Gaga has called her new album "ARTPOP," out today, a "reverse Warholian expedition." What the album, and the career trajectory of the most Warhol-influenced pop singer in the game, proves more clearly than ever is that, for all the press the visual artist has gotten, the principles of visual artist Andy Warhol, obsessed with the images of commercialism and of celebrities, are no longer useful in 2013.

"ARTPOP" has come with the requisite burst of publicity; it's been a multiplatform assault since at least August, when Gaga performed the lead single, "Applause," at the Video Music Awards. That single put forth the central thesis of Gaga's career -- that fame is an interesting topic and one that she relates to. "I live for the applause," Gaga sang, as though this were somehow novel or unique to her. Gaga had made vague statements about fame before; singles from "Paparazzi" to "Dance in the Dark" (which cites Princess Diana as a role model) use fame not as a building block to make a greater argument but simply state, over and over, that fame is something Lady Gaga has worked for and currently enjoys.

And good for her! But fame is not nearly as interesting, in the present moment, as Gaga seems to believe. Proof positive: Gaga singing and dancing about the adulation of her fans was entirely overshadowed by a starlet actually doing something with her fame, subverting fans' expectations of her as a former Disney starlet and living for their shock and awe. Whatever one makes of Miley Cyrus' 2013, it's proof that, at the present moment, merely observing that we live in a fame-driven culture is no longer novel. Much like a Warhol silkscreen, Gaga's interest in fame says nothing more than itself. And, with nothing more to say, she's resorting to more and more stuntlike behavior, collaborating with Jeff Koons (a high-priced artist whose own ideas about fame and materialism were better left in the 1980s) and ... wearing fake teeth. When you live for the applause, you have to keep upping the ante, but Gaga's naked publicity stunts feel somehow more desperate than other stars', because they're just about themselves, referring to nothing.

Look at Kanye West, who was supposed to tour with Lady Gaga before his Taylor Swift outburst in 2009: His statements about the role of a celebrity in the present day are among the most arresting and intriguing remarks out there. Though he's dismissed, sometimes, as ranting, his remarks about fiancée Kim Kardashian's influence relative to the first lady's and about the intersection of race and fashion actually have real substance.

For that matter, the unremarkability of Kim Kardashian's existence in 2013 proves that we're no longer in an era Warhol would recognize. Paris Hilton's rise to fame in the early 2000s was met with much teeth-gnashing and think-piecing -- what did it mean that the hotel heiress, along with the stars of ascendant reality shows like "Survivor" and "Big Brother," were famous for doing nothing? Kardashian, occupying the vacuum Hilton left behind when she pursued opportunities to monetize her fame overseas, brought two sisters and a momager into hyperfame all while being even less spikily interesting than Paris Hilton. And while the Kardashians are easy punch lines, no one seems to find it novel, anymore, that fame for its own sake is an end someone might pursue. Kardashian is a tabula rasa for her fans and for fashion designers to project anything they want to -- and it's not even worth parsing at the Warholian level.

Andy Warhol's "fifteen minutes of fame" prediction has come true, and then some, in the YouTube era -- it's come so true that we no longer need it as an ideological framework, because it's the first thing one observes about the contemporary scene, not the endpoint. Gaga as student and practitioner of fame may be the least interesting pop star out there right now, as Cyrus and Rihanna systematically mock their fans' expectations and aggressively frame themselves as predatory sex symbols, and as Katy Perry attempts to appeal to preteens and their parents with intriguingly mixed results. Meanwhile, a lyric on "ARTPOP" goes "Love me, love me, please retweet." Pop stars like to use Twitter to get validation. Thank God we had this reverse Warholian expedition to teach us this.

When she burst on the scene in 2008, Lady Gaga was the perfect match of pop star and moment; magazines treated her every utterance as though it weren't just deep but entirely fascinating and new. It takes nothing away from the musician's abilities to perform, well, music, to say that merely observing that fame is a concept in the world is far less novel in the entrenched TMZ era than it was five years ago, let alone when a silkscreen of Marilyn Monroe made points about celebrity that felt like the endpoint, rather than the starting point. Perhaps on her next album, Lady Gaga will use her hard-earned fame to make a point about something other than herself.