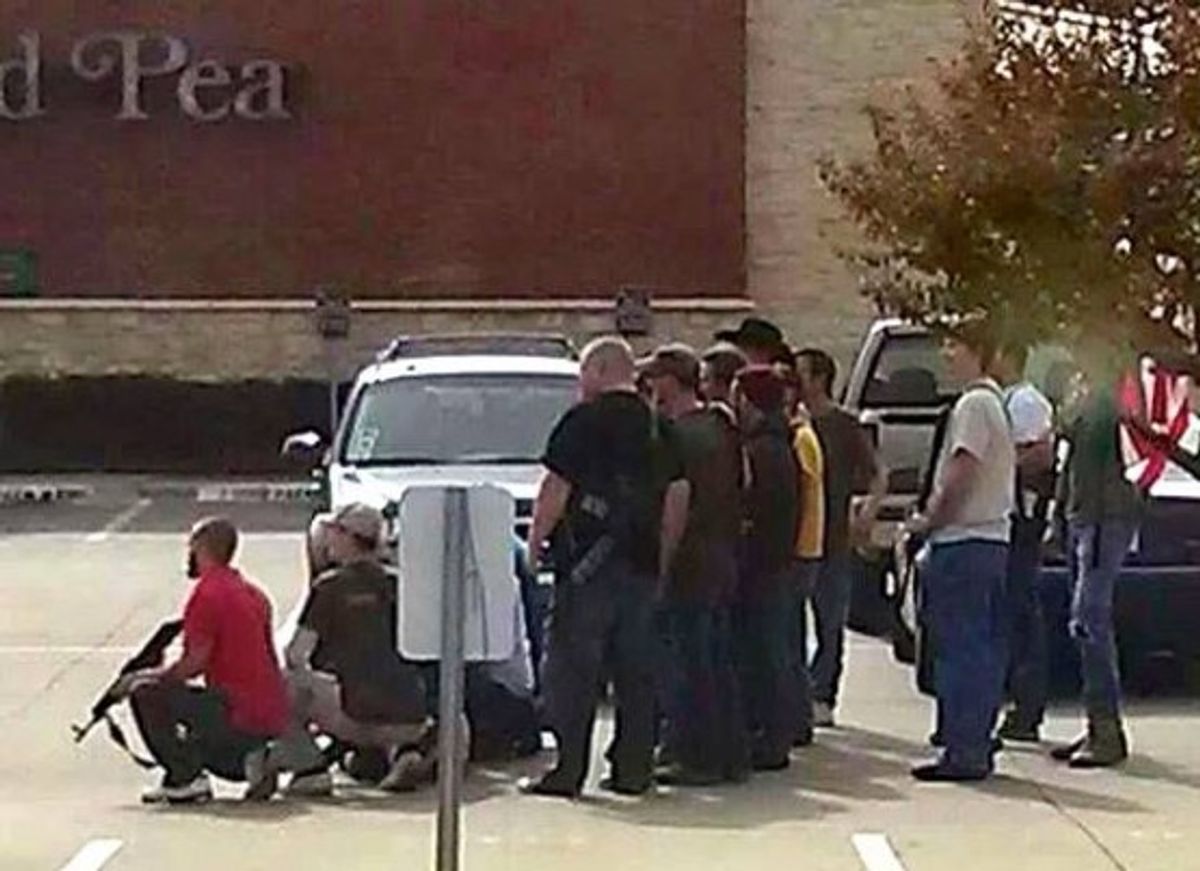 Over the weekend, a local chapter of the gun safety advocacy group Moms Demand Action for Gun Sense in America (MDA), which formed in response to last year's Sandy Hook Elementary School shooting, held a meeting at a Dallas, Texas restaurant. As Think Progress later reported, another advocacy group, Open Carry Texas (OCT)--which, as the organization's name might imply, supports open carry gun policies--held a meeting outside the very same restaurant at the very same time.

National Review Online has called the OCT meeting a pro-Second Amendment protest, but labels aren't really the central issue here: nearly 40 OCT members stood outside the Blue Mesa Grill on Saturday, waiting for the MDA meeting to end. And they brought their guns.

At issue is OCT members' decision to pose for photographs with an array of firearms exposed, which Think Progress claims is a violation of Texas's concealed weapons law. Rick Ungar, a contributor at Forbes, agrees:

While the group is certainly entitled to protest (although there are questions raised about them doing so on private property without invitation as was the case here), they are not, according to Texas law, entitled to do so by openly showing their weapons.

While Texas permits licensed gun owners to carry concealed weapons, Texas does not permit the open carry of guns... Indeed, it is the desire to change this law that the Open Carry Texas group is all about.

Ah, yes. That clears everything up.

Regardless of why OCT members had their guns out in the open, the show of firearms was perceived as an intimidation tactic. A statement following the incident describes MDA members and restaurant patrons as being "terrified by what appeared to be an armed ambush." OCT claims members were simply posing for a photograph. While that might be true, the fact remains that dozens of men, women, and children stood in a parking lot toting guns--long guns--and taking pictures. Intentionally or not, that image is pretty scary.