4 creeping ways capitalism is killing us

Profit motives offer little incentive to feed the hungry, treat the sick or provide any kind of retirement security 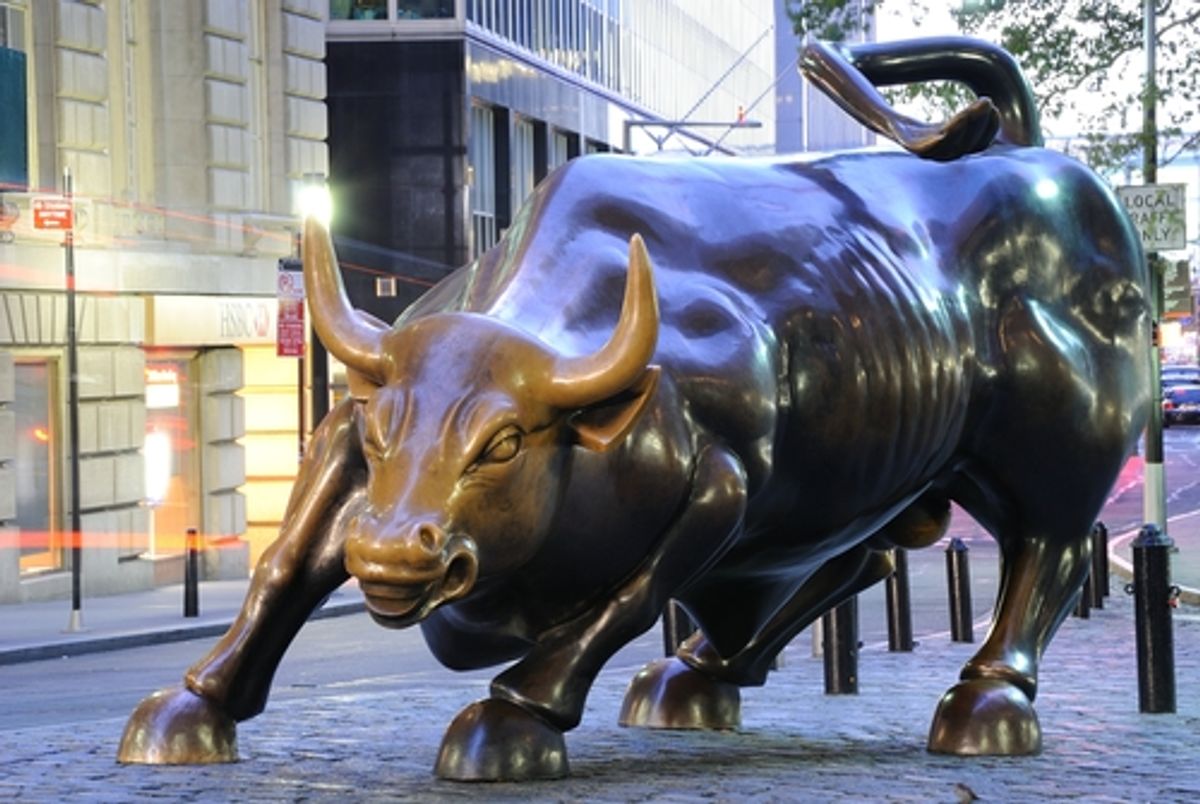 The process is gradual, insidious, lethal. It starts with financial stress in various forms, and then, according to growing evidence, leads to health problems and shorter lives.

Financial stress is brought upon us by the profit motive of capitalism, which offers little incentive to feed hungry children, to treat the sick, to secure us in retirement, to provide job opportunities for middle-class Americans. Some of the steps in the process are becoming more and more familiar to us.

The Frontline documentary The Retirement Gamble reported that a 401(k) fund earning 7% a year with 2% in fees would lose up to 60% of the value of an equivalent non-fee fund.

The financial industry is taking this money from more of us every year. The number of private sector workers depending on a 401(k) instead of a company pension has increased from 12 percent to 68 percent since 1983.

It's an unthinkable trade-off, but it's happening. Although the 2013 SNAP (food stamp) budget of $78 billion isless than the 2012 investment earnings of 20 wealthy Americans, SNAP is being cut while not a penny extra is taken from the multi-billionaires.

3. Listening to the "Job Creators" Mock the Truth

Casino billionaire Steve Wynn: "Guys like me are job creators and we don't like having a bulls-eye painted on our back."

The reality is that corporate profits have doubled in ten years, and the corporate tax percent has been cut in half, while millions of jobs have been lost. Some of the job-cutting data comes from The Nation, Market Watch, and Business Insider.

How did "job creators" Steve Wynn and John A. Allison IV do? The following numbers are taken from their annual 10-K reports, submitted to the SEC:

Over 200 recent studies have confirmed a link between financial stress and sickness. In just 20 years America's ranking among developed countries dropped on nearly every major health measure.

Lack of proper health care is one source of that stress. A Harvard study estimated that nearly 45,000 Americans lost their lives in 2005 due to lack of health insurance.

In addition to its effects on our physical health, financial stress threatens our mental well-being. Stunningly, one out of every five American adults had mental illness in 2011, as reported by the Substance Abuse and Mental Health Services Administration. Another recent study found that unemployment, whether voluntary or involuntary, can significantly impact a person's mental health. But only one of two Americans needing mental health care can afford treatment.

Grimmer still is the growing suicide rate, also linked to unemployment and declining wealth. The rate has accelerated since the 2008 recession.

The facts show that we were a relatively healthy people until unregulated free-market capitalism began to disrupt our lives. Now, because of its winner-take-all profit motive, we're literally fighting for our lives.