How can CBS possibly not fire Lara Logan?

This was a screw-up just as bad as "Rathergate," but the reporter responsible probably won't suffer the same fate 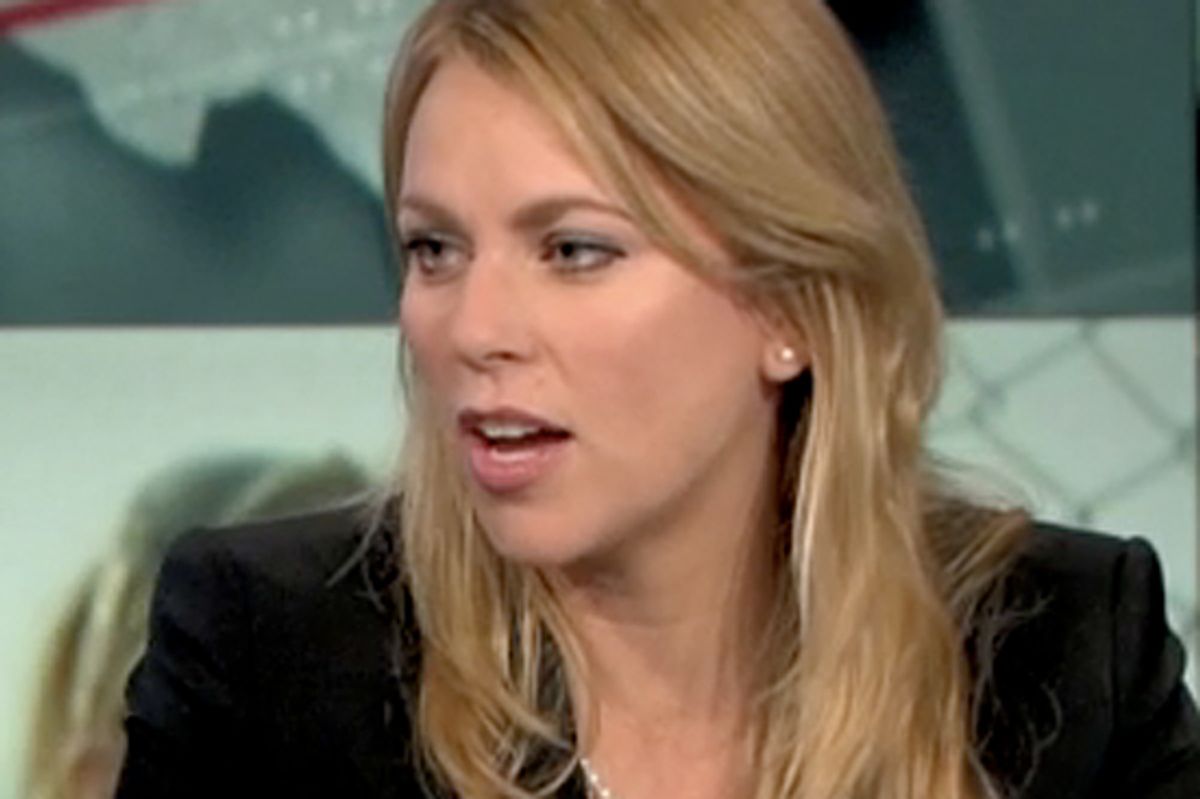 "60 Minutes" has apologized and corrected its recent report on the Sept. 11, 2012, attack on the U.S. diplomatic mission in Benghazi, Libya, which was based in large part on an elaborate fabrication cooked up by a fame-hungry source with a book to sell. Except that CBS's apology didn't come with an explanation of how and why it failed to vet the story of defense contractor and fabulist Dylan Davies. The story's lead reporter, Lara Logan, offered a 90-second correction at the close of last Sunday's show. The correction did more to obscure her screw-up than to explain it. The question now is, when, exactly, will CBS be firing Logan?

In 2004, CBS News anchor and reporter Dan Rather presented a "60 Minutes Wednesday" report on President George W. Bush's Air National Guard service that involved documents that may have been forged. The faulty report launched an immediate, widespread media firestorm. Right-wing bloggers and commentators referred to it as "Rathergate." The story was all over cable news, and the subject of major pieces in most newspapers. Time magazine would eventually name Power Line, a right-wing blog that was among the most prominent of the amateur Rathergate muckrakers, its first-ever "blog of the year." The documents were never conclusively proven to be fake, but the evidence that they were fake was compelling enough that CBS decided not just to retract the report, but also to fire four producers responsible for the story. An entire independent panel was convened to investigate the error. Shortly thereafter, Rather was encouraged to retire as the anchor of the CBS Evening News. Within a year of the original report airing, the second "60 Minutes" show was canceled.

"60 Minutes," and producer Mary Mapes, got burned by an unreliable source with a story too good to check. The specifics of the story were likely untrue. CBS could, and did initially argue that the piece's broader story -- that Bush did not meet his service obligations -- was still essentially accurate. That was not a winning argument -- indeed, the New York Times was widely mocked for using the phrase "fake but accurate" to describe the views of a firsthand source who said that the memos in question were ... fake, but accurate -- and CBS soon profusely apologized and fired everyone it could conceivably blame.

CBS, this time, got the apology out much more quickly. It is, so far, not following through on the firing everyone bit. But this time, there's no way to argue that the broader story is true, because the broader story is still a bizarre, incoherent haze of scandalous-sounding nothing. The White House ... covered up Benghazi, somehow? Or they somehow allowed it to happen? This has been major news for more than a year, and still no one can succinctly explain what everyone is supposed to be outraged about.

We don't really know how it happened that "60 Minutes" aired an entire segment based around the testimony of a liar whose story would've been shown to be false with one peek at what he told the FBI, but why it happened is obvious: "60 Minutes" producers and correspondents compete with one another for airtime on a prestigious and highly rated show, and Benghazi is a "sexy" story. It is "sexy" because it is a political scandal. It is a political scandal because the Republican Party has decided Benghazi is a political scandal, and it is treating it like one. So much of the press is encouraged to cover Benghazi like a political scandal -- who's covering up what? -- instead of a terrorist attack. This is a bad and dumb way to cover a story like Benghazi. As Amy Davidson says: "Those military and diplomatic questions deserve better answers, ones about policy choices rather than half-discerned conspiracies." Unfortunately our mass media press is not capable of explaining the world as anything but a simplistic morality tale of good versus bad and strength versus weakness. (That's Logan's entire original report, basically: bad guys attack because White House weak! Strong man say why we not act stronger like him?)

The 2004 story was rushed to air. Rather, one of the fall guys, had barely anything to do with its reporting or production. Logan says she spent more than year working, personally, on this report. There's no coherent journalistic standard under which Logan keeps her job when Mapes and Rather didn't. Except, obviously, Logan is young and expected to remain a TV news star for decades to come, while Rather was old. And, perhaps more important, CBS's response to the 2004 screw-up was driven by fear of the conservative movement -- Eric Boehlert points out that CBS considered including Rush Limbaugh and Matt Drudge on the independent panel, and insiders spoke of what they'd need to do to "mollify" conservatives out for blood -- and no one is particularly scared of media critics and liberals.

Still: Lara Logan has made an egregious journalistic error. She has a rather obvious agenda. Her apology was laughably inadequate. CBS clearly expects to just hurry past this with a quick "sorry" and no internal review. Both the New York Times and the Washington Post helpfully fact-checked "60 Minutes" for CBS, but now that the story's been retracted, there's no reason for it to continue making headlines unless people keep making a fuss about it. In 2004, the fuss was massive and sustained. It would be nice to see the rest of the mass media take as much of an interest in this fiasco as they did in that one, until some heads roll.