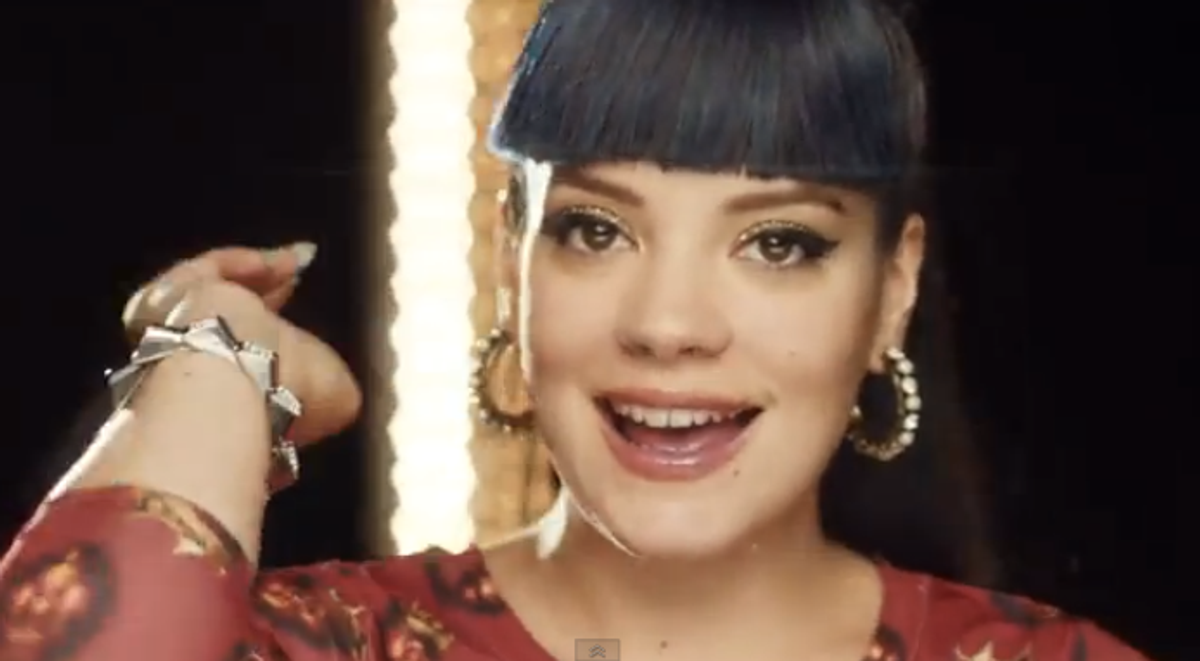 Grammy-nominated British electropop singer Lily Allen has released catchy song "Hard Out Here," her first single in three years. The 28-year-old, who quickly gained a reputation for her insightful lyrics and experimental music videos, this time aims to poke fun at the stereotypes and expectations placed on women by society. The song begins with Allen on the operating table, being judged by her manager and other surgeons: "Jesus, how could somebody let themselves get like this?" asks her manager.

Allen then springs into action: "Don't need to shake my ass for you, cause I've got a brain," she sings, pointing out the hypocrisy of sexism. "If I told you about my sex life, you'd call me a slut/ Them boys be talking about their bitches, no one's making a fuss/ There's a glass ceiling to break, uh huh, there's money to make, and now it's time to speed it up cause I can't move at this pace."

Although Allen announced in June that she is working on another album, a follow-up to her 2009 record, "It's Not Me, It's You," she has not yet revealed whether "Hard Out Here" is a stand-alone song or a single from the new record.