The rapper claims the American Civil Liberties Union membership guarantees rights. Not quite! 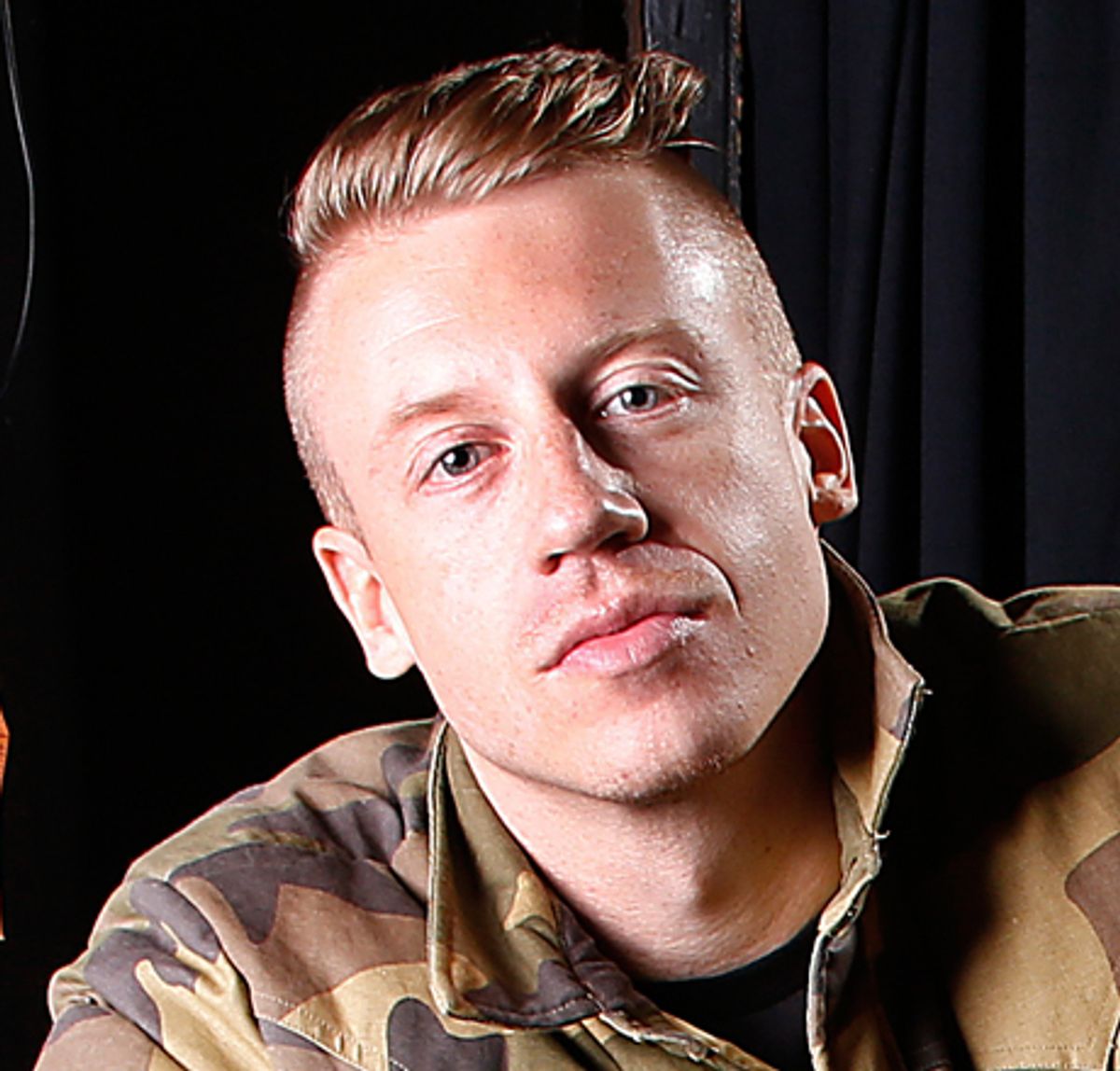 Macklemore, the rapper whose full-throated endorsement of equality for gays has been part of his music and his public persona, has taken on a new cause: the American Civil Liberties Union. In an ad that begins with him slowly dancing in front of a sound board then telling a producer "Perfect," Macklemore continues to groom his image as a social justice crusader, telling the camera, "something like being beaten with a club, pepper-sprayed, and tased for expressing my political views would really slow me down."

The tongue-in-cheek ad proposes a universe in which the ACLU membership card allows its bearer rights above and beyond those of others; the card "lets my gay friends marry the hell out of each other" and "says 'Hey girl! It's your vagina. And you should be able to do what you want with it.'"

Some of the rights Macklemore cites aren't guaranteed by the ACLU but by the Bill of Rights (though given the degree to which they're perpetually under attack, the distinction may be lost on viewers, and on the ACLU itself). Either way, it's an ad that's striking for its pop-culture fluency and the intellectually looseness that comes with trying to reverse-engineer "viral" qualities. The winner, as usual, is Macklemore, who comes across as deeply sensitive. The nuances, to his fans, don't and shouldn't, necessarily, matter.