Playing a college intern, the "Law & Order" actor recounted the events that led to the apology 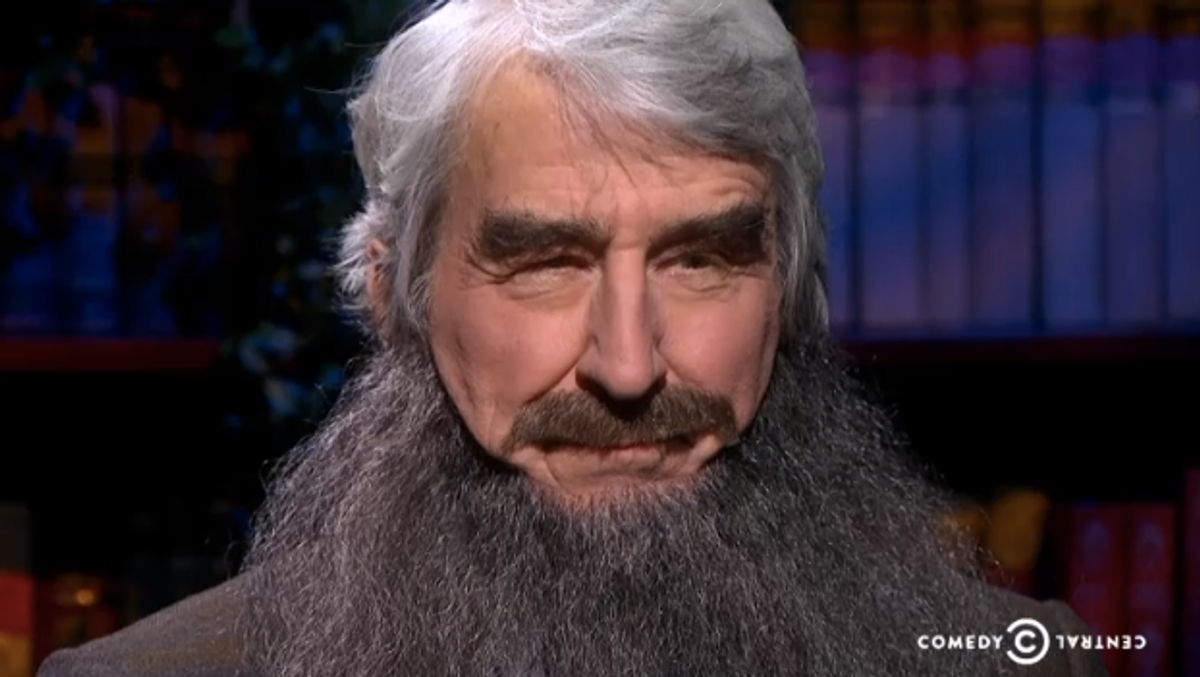 "60 Minutes'" botched Benghazi report, which relied on the "eyewitness" testimony of a source exposed to have been lying, provided lots of fodder for satirical news programs "The Daily Show" and "Colbert Report" on Monday night. "So, CBS fact-checked the story, but when it turned out to be wrong, they fact-checked it fo realz, yo!" said Colbert.

Parroting Fox News, Colbert then blamed Hillary Clinton -- not for the botched story, but for forcing "60 Minutes" to apologize: "There's only one logical explanation for what really happened here," Colbert continued. "Hillary Clinton got to them!"

"You see," explained Colbert, "folks, as you well know, but I will repeat as often as possible, Hillary Clinton was Secretary of State during the Benghazi attacks ... ergo, quid pro quo, amicus brief, she is to blame! And now she's so hungry for power in 2016 that she somehow convinced '60 Minutes' to air this false Benghazi apology to discredit their investigation."

To prove his point, Colbert brought on his own "eyewitness," college intern Poncho Denews, played by "Law & Order" actor Sam Waterston. Denews claimed Clinton was in the newsroom the night before "60 Minutes" aired its Benghazi apology. "Stephen, I was definitely there that night," said Denews. "Because I am an actual human witness."