Pat Robertson on how to be "understanding" to a gay teen: Ask him if he was molested

“Is there a biological thing going on or has he been influenced -- has a coach molested him?” Robertson asks 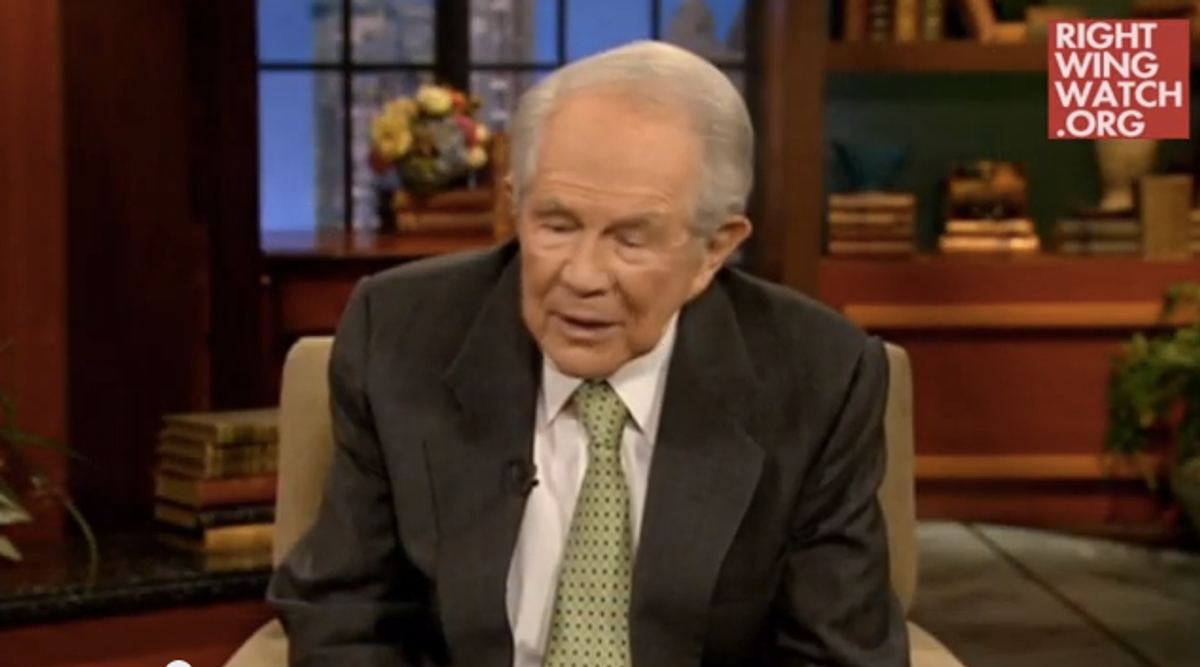 During a Monday episode of "The 700 Club," terrible bigot with an ever-loosening grip on reality Pat Robertson told a parent who asked him for advice on how to talk to her gay son that she should "be understanding," which to Robertson means asking if her son is gay as a result of being molested.

“Is there a biological thing going on or has he been influenced -- has a coach molested him?” Robertson asked the viewer.

Robertson does also advise the parent not "write [her son] off" because he is gay, but by this he seems to mean getting to the "cause" of her son's sexual identity in an effort to "fix" it.

The Christian television personality is a supporter of discredited "ex-gay" reparative therapies, and has previously recommended this form of abusive pseudo-counseling to other parents.