Report: The southern half of Keystone XL is a dented, sagging mess

Over 125 potential defects were discovered along 250 miles of pipeline 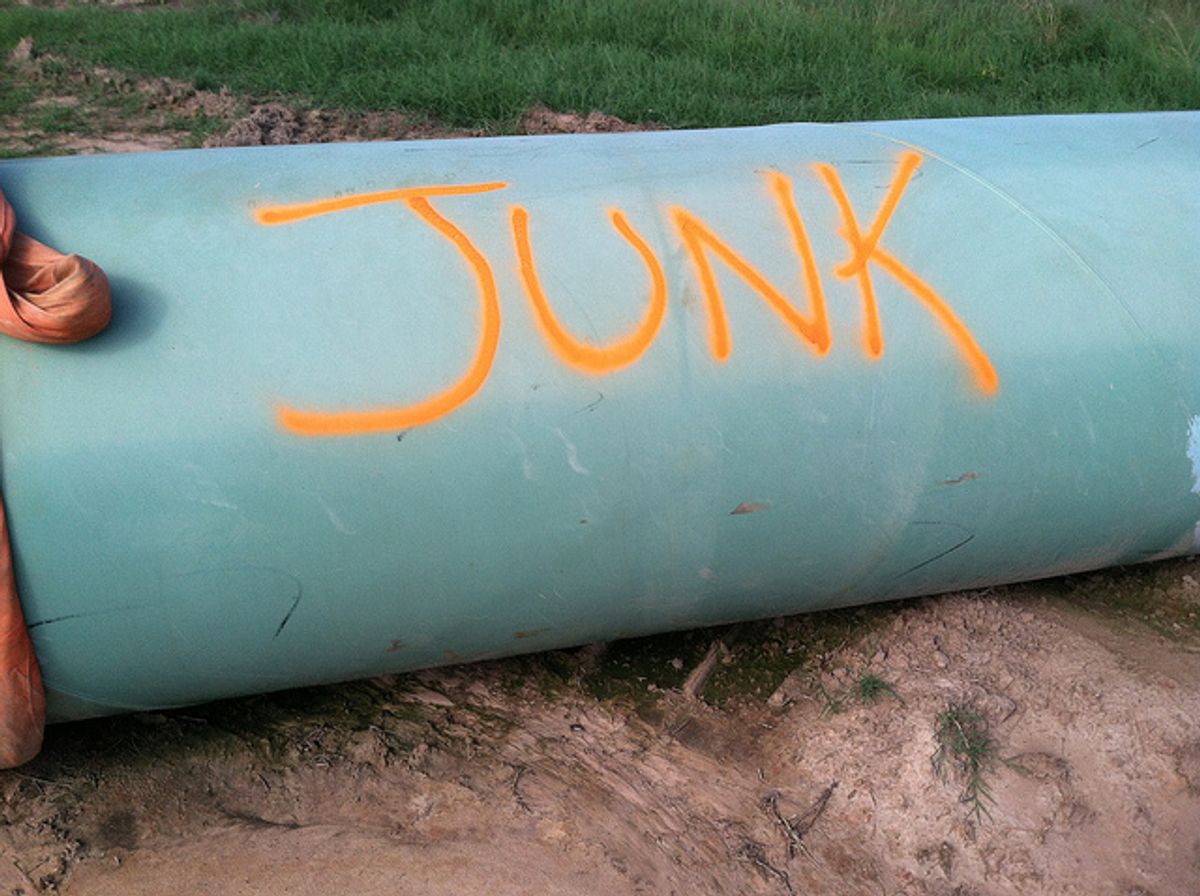 The southern half of the Keystone XL pipeline is set to begin pumping 700,000 barrels of synthetic crude oil per day through Texas within the coming weeks -- but a new report questions its ability to do so without posing a major environmental risk.

According to a report released today by the nonprofit consumer advocacy group Public Citizen, TransCanada, the pipeline's operator, has already had to repair 125 potential "anomalies" along 250 miles of the complete 485-mile pipeline. The potential defects identified by the group include dents, welds, field coating problems, improper backfilling, unintentional sags, insufficient pipe support and poor soil management. While TransCanada, according to the report, says it's excavated areas of the pipeline out of an "abundance of caution," the report warns that the damages, along with what appear to be shoddy repairs, "raise the specter of history repeating itself, with toxic crude leaking or even gushing from damaged pipe."

That history to which it refers is far from reassuring. From the report:

During the construction of Keystone I, TransCanada pledged to meet 50 special conditions. But more than 47 anomalies along the line in four states had to be retested, and the Keystone I line spilled 12 times in the first year of operation.

In July 2011, TransCanada’s Bison natural gas pipeline exploded within the first six months of operation, blowing out an approximate 40-foot section of pipe. TransCanada had been warned of potential quality problems with construction and inspection.

In the 1990s, Iroquois Pipeline Operations, a subsidiary of TransCanada Pipelines Ltd., and four senior executives pleaded guilty to knowingly violating environmental and safety provisions of the pipeline construction permit. Iroquois executives had promised a pipeline of exceptional safety.

The group is urging the U.S. Pipeline and Hazardous Material Safety Administration to investigate the pipeline, and is calling on Congress to hold oversight hearings. “Given the stakes – the potential for a catastrophic spill of hazardous crude along a pipeline that traverses hundreds of streams and rivers and comes within a few miles of some towns and cities – it would be irresponsible to allow the pipeline to start operating," said Public Citizen’s Texas office director Tom Smith in a statement.