Supreme Court rebuffs Oklahoma on yet another abortion case 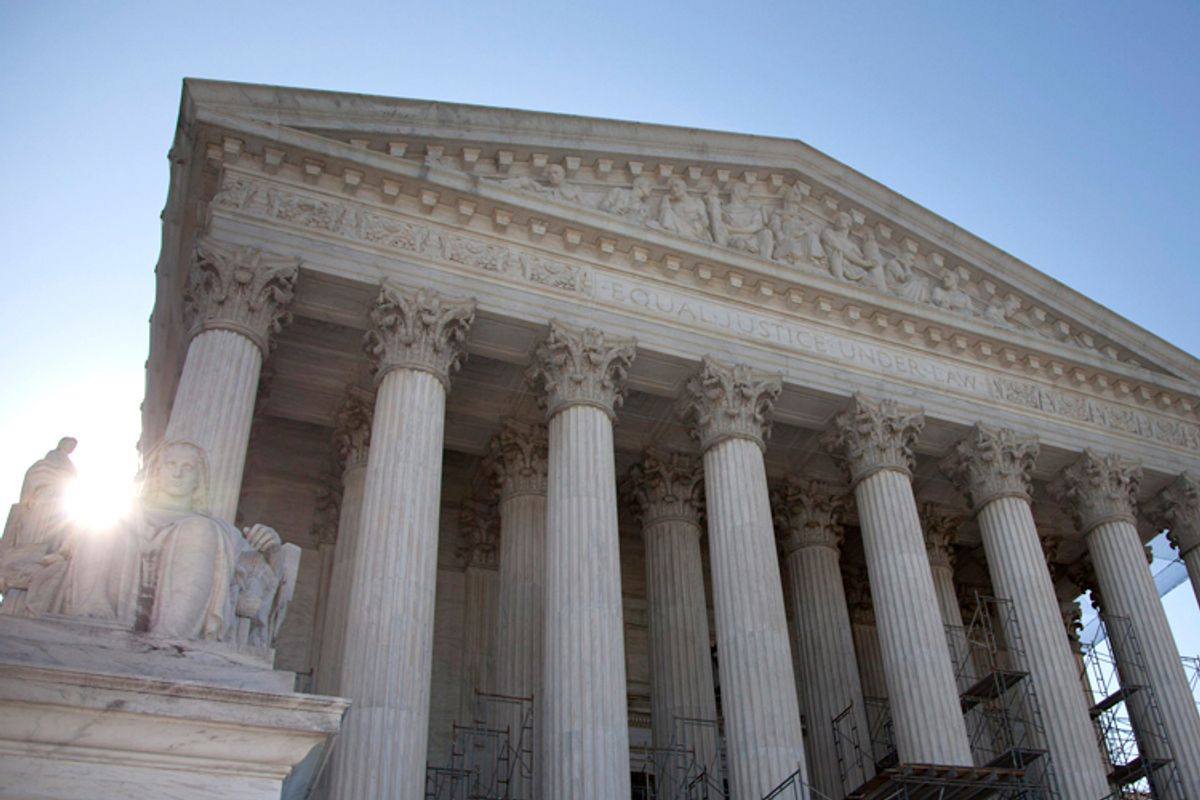 The United States Supreme Court on Tuesday refused to hear a case on yet another Oklahoma abortion restriction that was ruled unconstitutional by a lower court.

The high court dismissed the request from state officials to reverse a lower court's decision to permanently strike down a law mandating that women seeking to end a pregnancy first undergo a narrated ultrasound. In that ruling, an Oklahoma state court found that the law violated the principles of medical ethics by requiring physicians to provide "unnecessary and unwanted services to patients," placed an undue burden on women seeking the procedure and violated the state constitution.

This is the second case in as many weeks that the justices have refused to hear on an Oklahoma abortion restriction. Last week, the top court rejected the state's request that it review a law banning medication abortions in the state.

Reproductive rights advocates celebrated the high court's decision not to hear the case, calling it a clear indication that the court acknowledges the unconstitutional nature of such laws.

“Today the U.S. Supreme Court has let stand another strong decision by the Oklahoma courts protecting a woman’s constitutional right to make her own decisions about whether to continue a pregnancy from the intrusion of politicians opposed to her rights and indifferent to her health," said Nancy Northup, president and CEO of the Center for Reproductive Rights.

“This decision is another victory for women and reproductive healthcare providers, and another clear message to lawmakers across the U.S. that attacks on women’s health, rights and dignity are patently unconstitutional and will not be allowed to stand.”

Maybe now Oklahoma will stop trying to enact unconstitutional bans on abortion, but probably not.