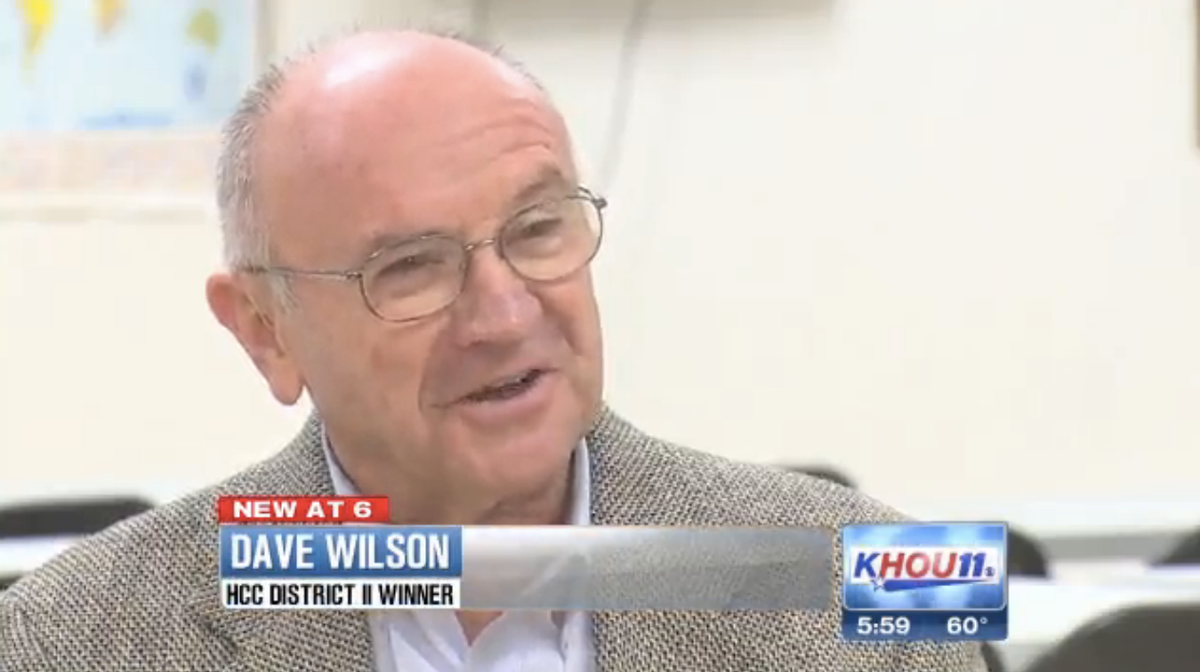 Dave Wilson, whom KHOU 11 News describes as "a gleeful political troublemaker," recently won a seat on the Houston Community College Board of Trustees by tricking voters in his overwhelmingly African-American district into thinking he was black.

Wilson, a conservative Republican, "anti-gay activist" and former fringe candidate for mayor, is not black. But by peppering his campaign materials with pictures of African-Americans he nabbed from the Internet — and refraining from including his own picture in any of his material — Wilson likely tricked enough voters to make a difference in his razor-thin 26-vote victory.

Wilson also included an endorsement from his cousin, Ron Wilson, next to a picture of an African-American man. KHOU 11 News reports that voters likely thought the Ron Wilson in question was a former African-American state senator by the same name — not Wilson's cousin.

"He's a nice cousin," Wilson told KHOU 11 while holding back laughter. "We played baseball in high school together. And he's endorsed me."

Not everyone thinks Wilson's maneuvers were so funny, however. His defeated opponent, 24-year incumbent Bruce Austin, called Wilson's trickery "disgusting."

"Every time a politician talks, he's out there deceiving voters," Wilson offered in his own defense.

Take a look at Wilson's campaign mailers, via Business Insider and KHOU: