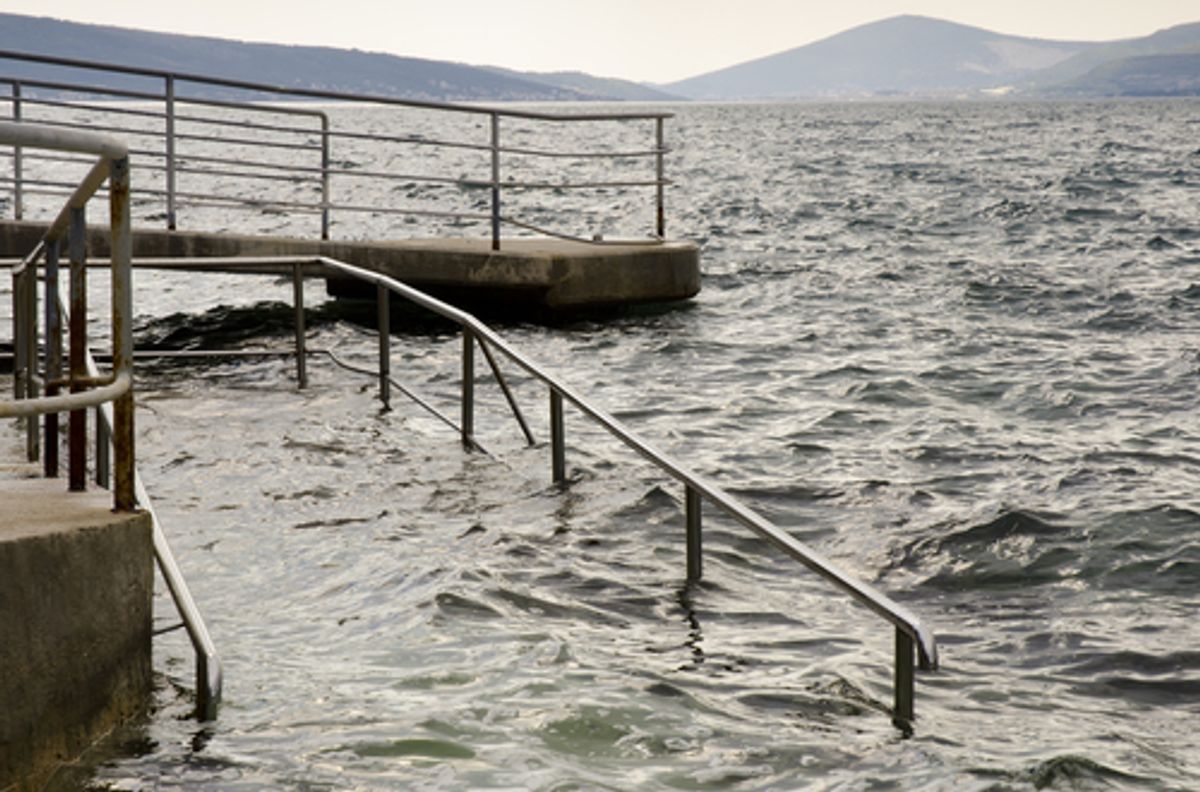 Nine months into the year, 2013 is going to be one for the record books, the World Meteorological Association said on Wednesday. The year so far is tied with 2003 as the seventh hottest since records began in 1850, the global sea level reached a new high in March and there was more carbon in the atmosphere than ever before.

Haiyan aside, it's been an average year for cyclones, the WMO reported, adding that it's impossible to blame climate change for individual storms. But higher sea levels, it said, are making coastal areas more vulnerable. And surface temperatures,  said WMO head Michel Jarraud, "are only part of the wide picture of our changing climate":

“All of the warmest years have been since 1998, and this year once again continues the underlying, long-term trend. The coldest years now are warmer than the hottest years before 1998.

"Atmospheric concentrations of carbon dioxide and other greenhouse gases reached new highs in 2012, and we expect them to reach unprecedented levels yet again in 2013. This means that we are committed to a warmer future.