One of the rarest mammals on earth was rediscovered in Vietnam 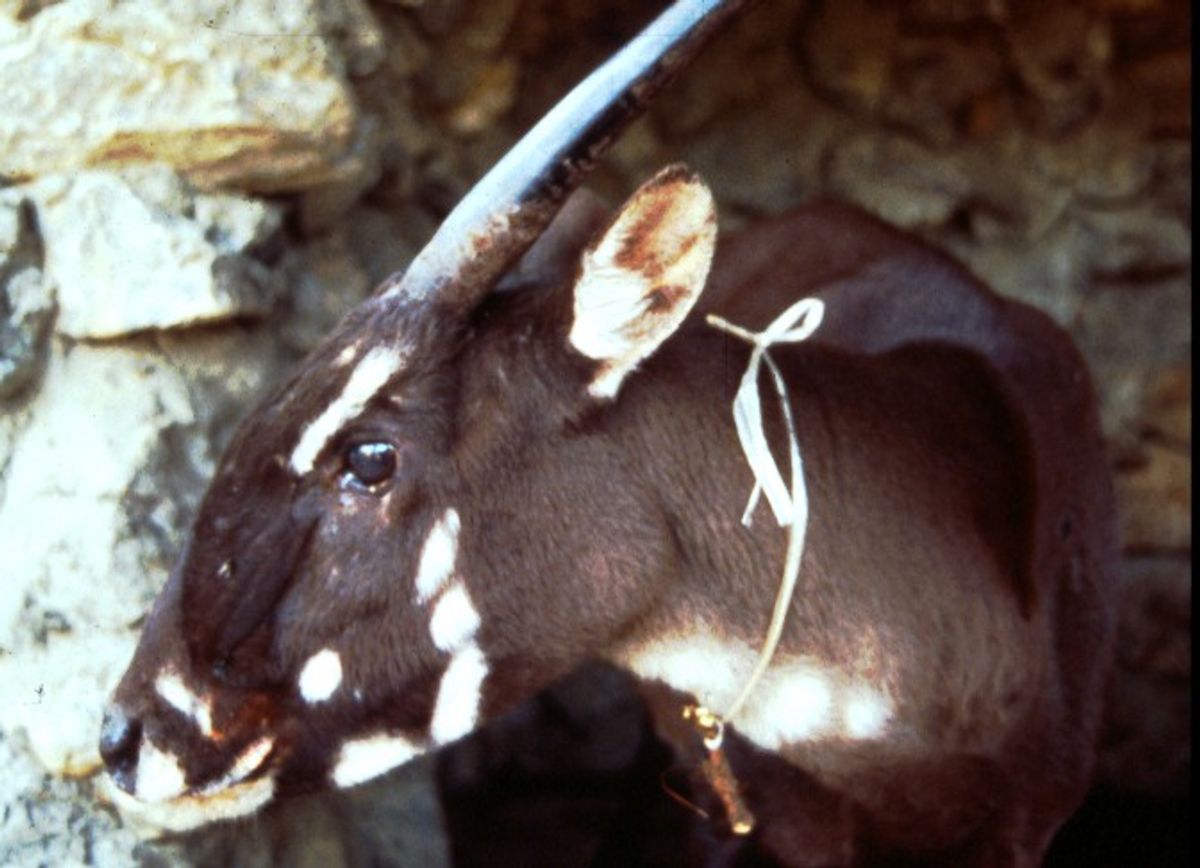 A camera trap nestled deep in the Central Annamite mountains of Vietnam has captured grainy footage of the so-called "Asian unicorn," or saola, for the first time in the 21st century.

Just like the unicorn, conservationists weren't sure that the Saola existed -- at least not anymore. One of the rarest and most threatened mammals on Earth, the antelope-like bovine was only first discovered in 1992, and experts believe there are only hundreds -- or even tens -- living around the Vietnam-Laos border today. They're particularly threatened by illegal wire snares set up by hunters, according to the World Wildlife Fund, which set the camera trap in partnership with the Vietnamese government's Forest Protection Department. Forest guard patrols have been working to clear the snares from protected areas.

Saola have two sharp, parallel horns that can grow up to 50 inches long -- they're called "unicorns" because of how rarely they're spotted. They're also referred to as "the holy grail for South-east Asian conservationists," as Dr. Van Ngoc Thinh, the country director for WWF-Vietnam, put it. He added, “This is a breath-taking discovery and renews hope for the recovery of the species.”

Check out the newly spotted saola, and other photos of the rare creature, courtesy of the WWF: