Rob Ford is even more offensive and embarrassing than you thought 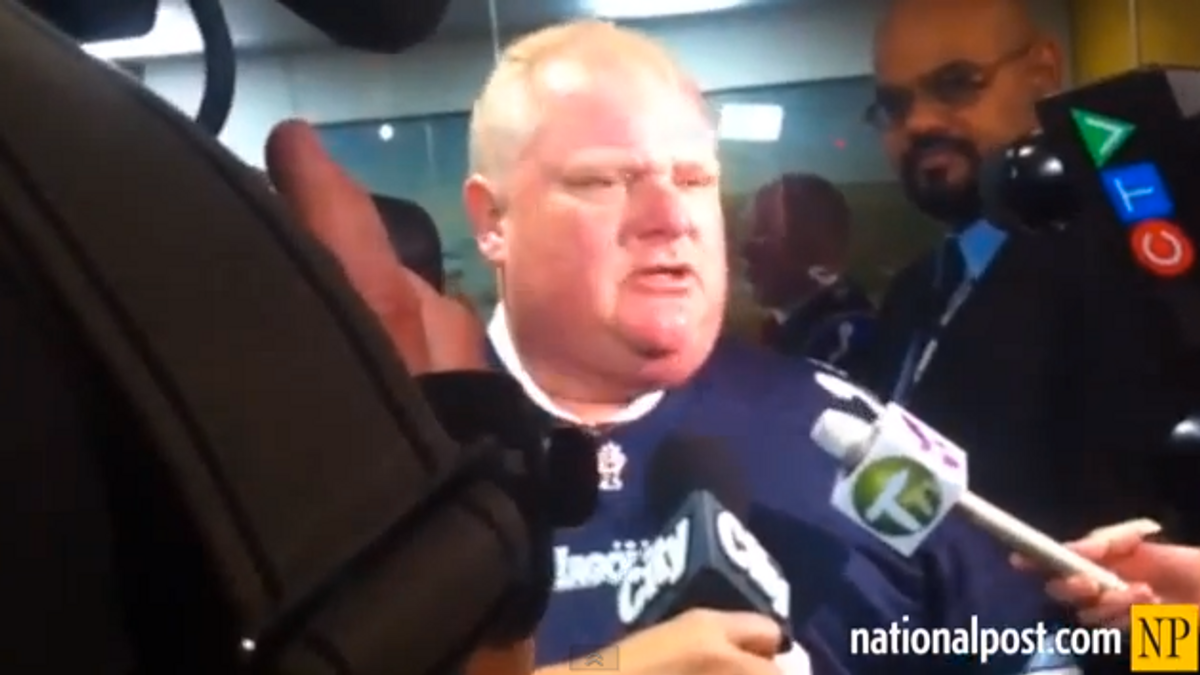 Toronto's embattled/embarrassing Mayor Rob Ford confessed to drinking and driving, announced he would be suing former staffers and denied sexually harassing a former staffer with language that left reporters "gasping."

He was wearing a jersey for the Argos [Argonauts], Toronto's Canadian Football League franchise, during the impromptu presser and also took the time to endorse a victory against the Hamilton Tiger-Cats this weekend.

He was particularly angry about his staffers telling police that they thought a young friend of his was a prostitute.

“I don’t appreciate people calling Alana a prostitute, I never had a prostitute here, I’m very happily married at home,” he said. “She’s a friend and it makes me sick that people are saying this.”

Ford then said he never said “I want to eat your pussy” to a former female staffer, an allegation contained in the court document.

“I’m happily married, I have more than enough to eat at home,” he said, drawing gasps from the reporters gathered around his office.