An overwhelming majority of Americans accept that global warming is real and caused by humans. 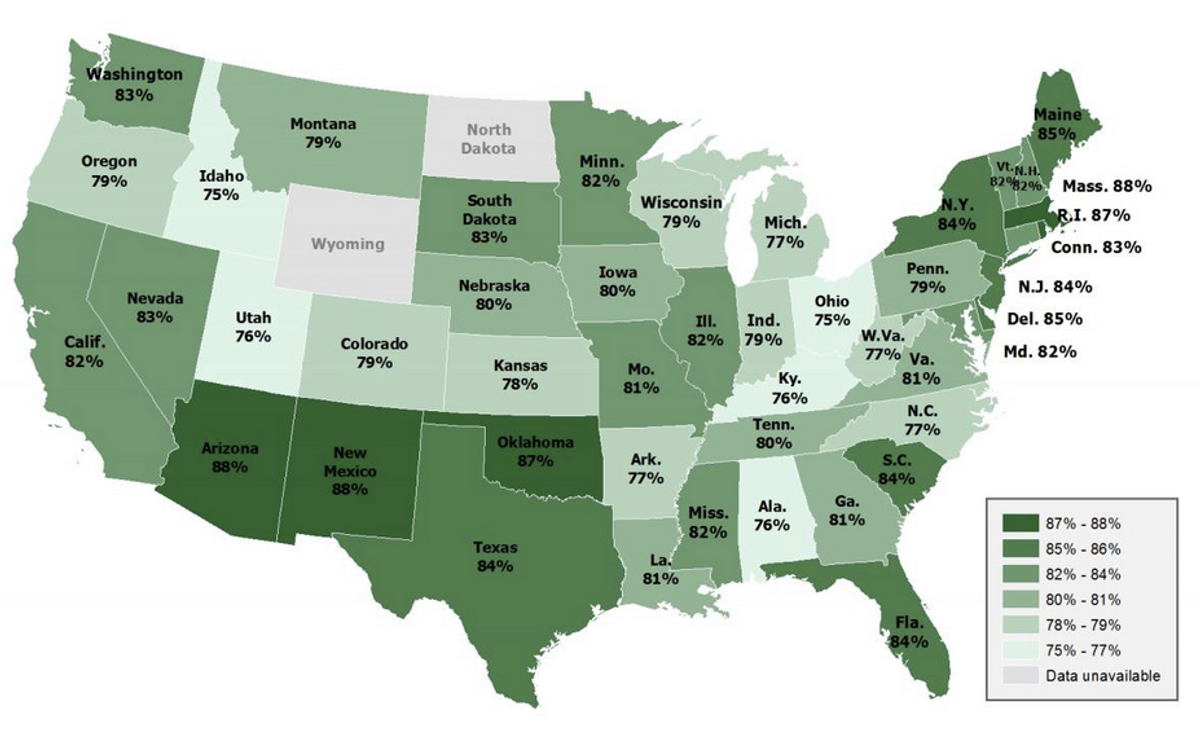 Percentage of Americans who believe global warming has been happening. (Stanford Geospatial Center)
--

A vocal minority of climate deniers are giving politicians the wrong impression of what their constituents think about climate change, a new study found. Despite the common perception that opinions vary across different parts of the country, survey data analyzed by Jon Krosnick at the Stanford Woods Institute for the Environment establishes that the vast majority of Americans are in agreement with the scientific consensus on global warming.

When asked, "What is your personal opinion? Do you think that the world's temperature probably has been going up over the past 100 years, or do you think this probably has not been happening?" the vast majority of Americans confirmed that, yes, it's been getting hotter (as shown in the above map).

According to Krosnick, legislatures in Washington often base their impressions of what their constituents are thinking on emails, phone calls and conversations with individual people, while few conduct polling about climate-related issues. Looking at data collected from almost 20,000 people between 2006 and 2013, he found that those individuals don't accurately represent public opinion in even the reddest of red states. He presented his findings yesterday morning to the congressional Bicameral Task Force on Climate Change in Washington, D.C.

The majority of respondents in every state surveyed also said they believe that global warming was caused by humans, agreeing with 97 percent of scientists: Of course, global warming is a matter of science, not opinion, which makes other results for Krosnick's survey less encouraging. While plenty of Americans believe in global warming, far fewer consider themselves "highly knowledgeable" about it: And while belief was high, apathy was even higher. Americans who responded that "the issue of global warming is extremely important personally" were, across all states, in the minority: