The president strikes back: Insurance companies get their justified comeuppance 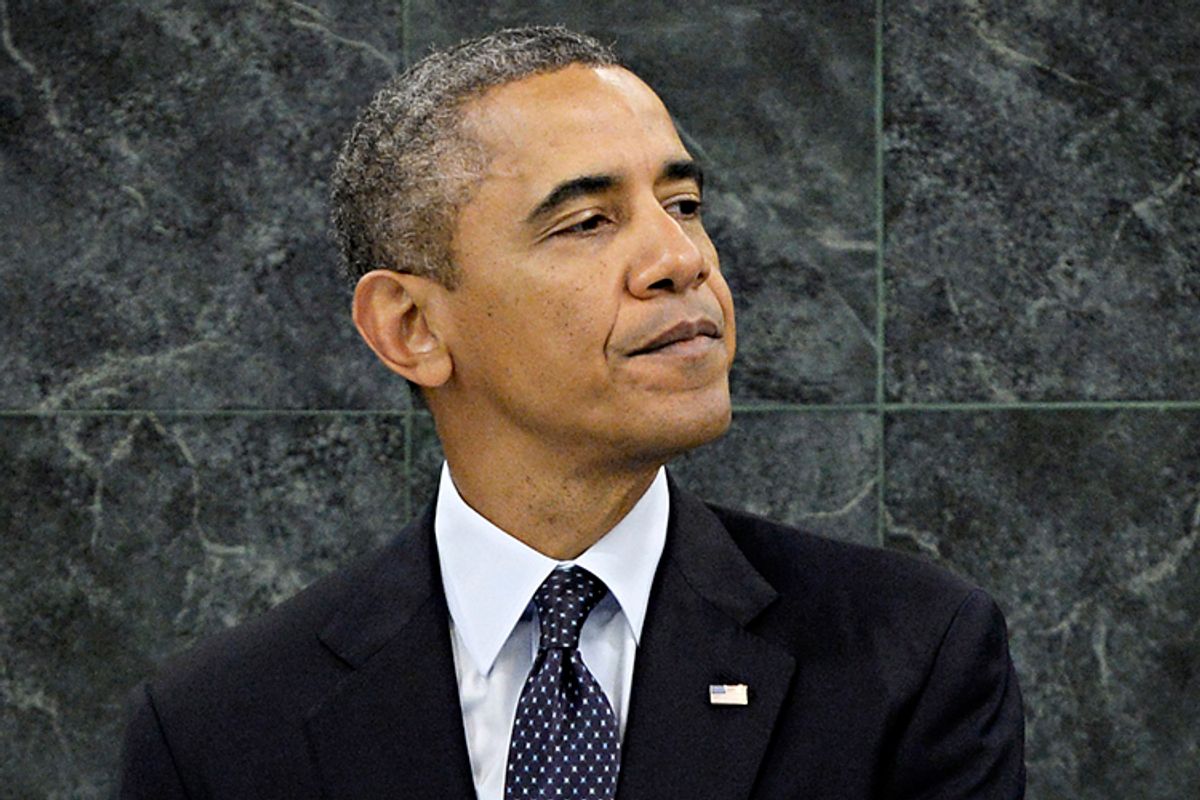 If your health insurance carrier has canceled your plan in anticipation of the launch of the Affordable Care Act, the administrative fix President Obama announced Thursday doesn't guarantee you can get it back.

But setting aside logistical hurdles, it loosens regulations to allow insurance companies to reinstate the plans for another year, if they so choose -- and if they first fully apprise you of your other options, including expanded benefits and the potential availability of premium support, on the exchanges.

This solution combines a clever p.r. stunt, a stalling tactic, an act of retribution, the genuine possibility of transition assistance for some, and a large political and substantive gamble. It bears the hallmarks of desperation and frustration and determination, but it just might work.

The idea isn't to retroactively fulfill the promise he made to everyone whose plans have been canceled, but to demonstrate to the public that there's now nothing in law requiring carriers to dump policyholders or uphold their cancelation notices, so that the public takes its concerns and grievances directly to the carriers. That would alleviate pressure on Democratic lawmakers to vote under duress for legislation that would undermine the Affordable Care Act more dramatically.

Carriers and state regulators will now have to decide how to respond. And herein lies both promise and peril.

From a theoretical vantage point, insurers could decide to reinstate all of the plans, none of the plans, or some of the plans. Logistical, regulatory and financial considerations will control the actual outcome. But the optimal scenario is that people whose plans don't get renewed will blame insurers, and that of the people whose plans do get renewed, a healthy portion and distribution will learn of the other options available to them and try their luck in the exchanges.

Neither piece of that scenario is guaranteed to materialize. That could mean higher premiums next year and an ongoing political crisis for Dems. But it constitutes both a gamble -- a doubling down, if you will -- on the law itself, and a reprisal against rapacious insurers who tried to capitalize on the Obamacare launch at the expense of their customers and good public policy.

The fix Obama announced changes the rules for insurers mid-game, and many of them will not be happy about it. The nation's largest health insurance trade association, AHIP, has already warned that the move could "destabilize the market and result in higher premiums for consumers."

But setting aside the merits, Obama's remedy is a justified comeuppance for carriers who defaulted beneficiaries into obscenely expensive plans, which they characterized as "comparable" to the canceled coverage, without apprising them of their options, and blamed the whole disruption on Obamacare. It's a scolding reminder to particular insurance companies that their lack of integrity exacerbated a problem that might have been containable if they hadn't acted with such avarice. They are now reaping the whirlwind.

Moreover, if Obama didn't believe that, on a level playing field, the exchanges will prove more attractive than the old, underwritten market, he probably wouldn't have done this. It's a statement of confidence in his signature initiative.

The immediate response on Capitol Hill is confused but promising. Republicans don't know exactly what to say -- Sen. Bob Corker, R-Tenn, called it a "good move" and "a step in the right direction"! -- but I'd expect them to converge rapidly toward unified condemnation. Many Democrats say they're satisfied. The most politically vulnerable of them are relieved, appreciative of a helpful first step, but not completely assuaged. The question now is whether it will allay their concerns enough that they'll stall underhanded Congressional action long enough for the administration to get Healthcare.gov fixed.

I imagine Obama's great hope right now is that it does.