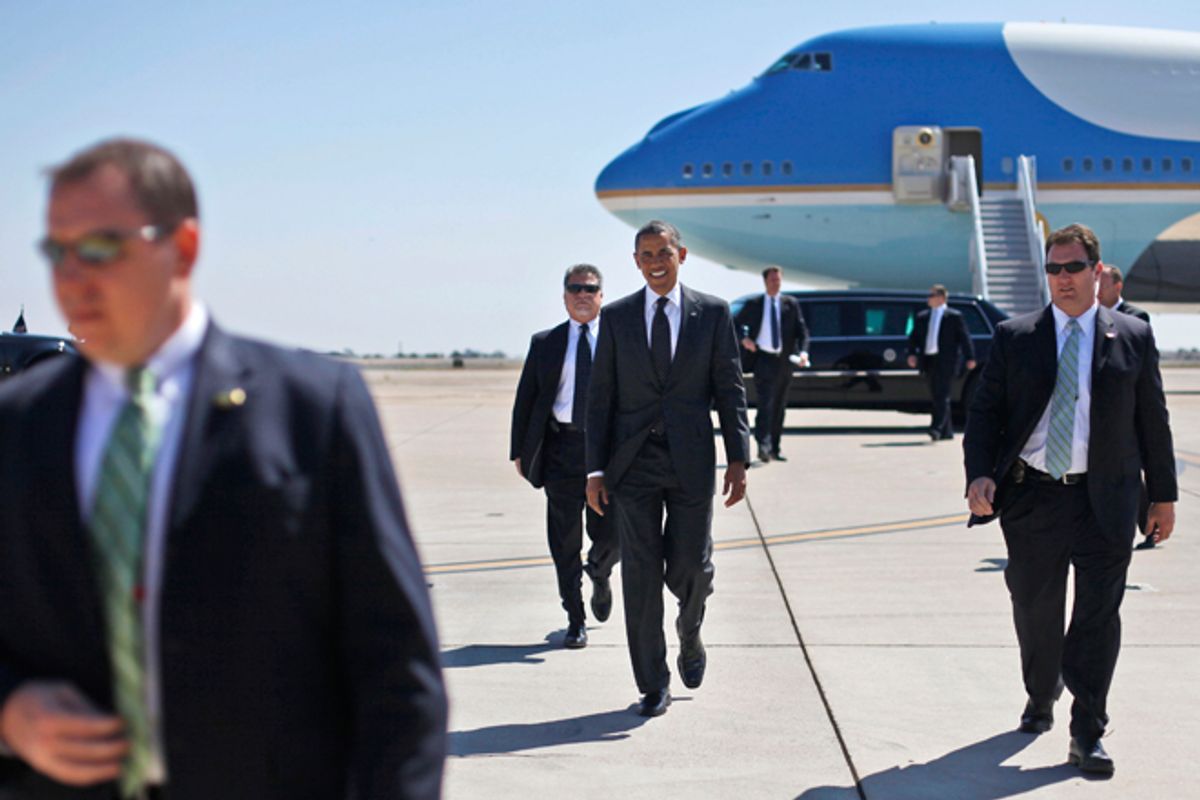 President Obama, surrounded by members of the Secret Service, upon his arrival in San Diego, Sept. 26, 2011. (AP/Pablo Martinez Monsivais)
--

Little more than a year removed from the agency's Colombian prostitution scandal, the Secret Service has once again taken preliminary disciplinary action against two of its own for alleged misconduct.

According to a report in the Washington Post, the latest round of internal investigations was spurred by the disruptive attempt by one agent, Ignacio Zamora, to force himself back into a woman's hotel room in order to retrieve a bullet from his service weapon that he left behind.

But in a follow-up investigation, officials discovered that Zamora and another Secret Service supervisor, Timothy Barraclough, had sent inappropriate emails to a female underling. Zamora has been removed from his position, while Barraclough has been moved off the presidential detail and into a separate part of the Secret Service division.

Secret Service spokesman Ed Donovan declined to comment on the internal review of the [hotel] incident or the supervisors’ alleged behavior. He said that no employees — including Zamora and Barraclough — wished to comment.

“We have always maintained that the Secret Service has a professional and dedicated workforce,” Donovan said in a statement, referring to the Hay-Adams incident. “Periodically we have isolated incidents of misconduct, just like every organization does.”

Donovan added that “we work diligently with our Office of Professional Responsibility and Department of Homeland Security Office of Inspector General” to resolve such cases “appropriately and quickly.”