10 giant corporations that have taken over much of American life 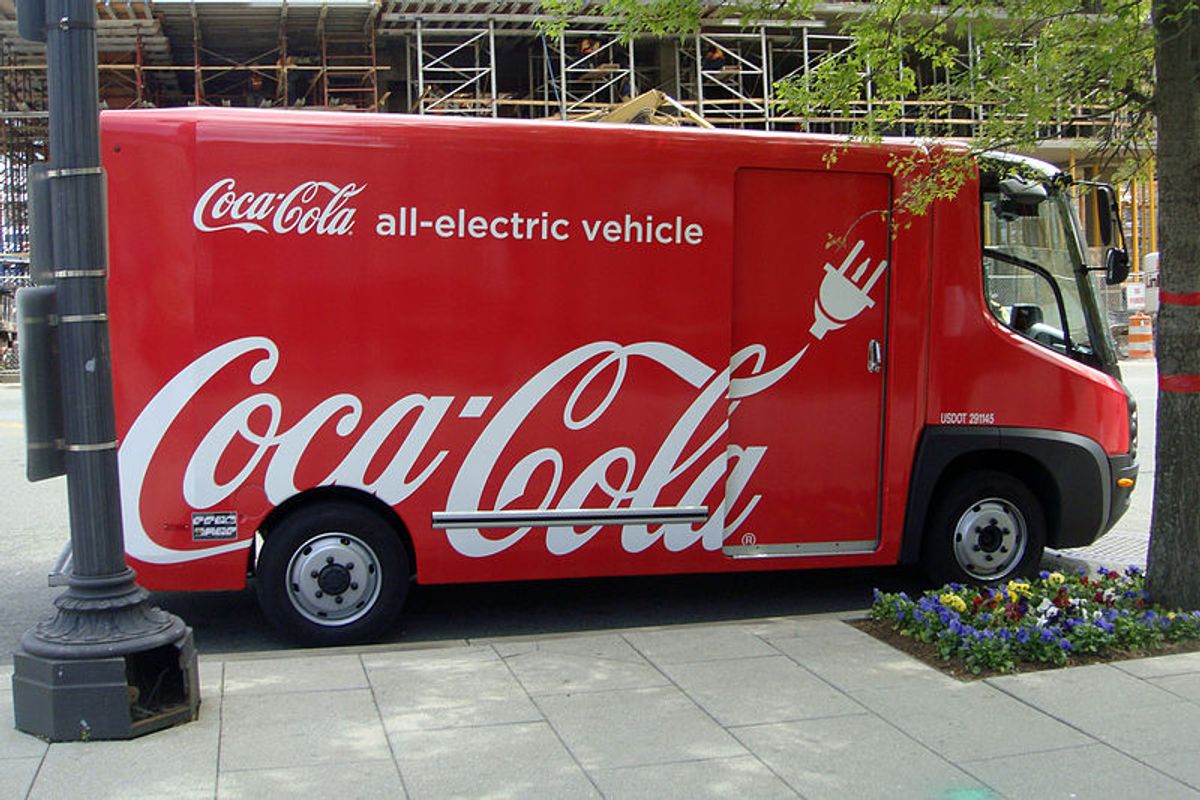 There isn't much diversity in America's economic web of life.

An image that was first posted on Reddit last year, and was recently grabbed by the folks over at PolicyMic, shows just how out-of-control corporate America has become in the years since Ronald Reagan stopped enforcing the Sherman Anti-Trust Act.

Right now, there are 10 giant corporations that control, either directly or indirectly, virtually everything we buy.

These 10 corporations in turn own, market, or distribute what people think of as the products of hundreds of other companies.

For example, Proctor and Gamble is best known for its cleaning and personal hygiene products, like Tide detergent, Ivory hand soap and Joy dishwashing liquid.

But the company also owns or markets other products, from IAMS dog food and Pepto-Bismol to Duracell batteries and Metamucil.

Then there's Mars, the giant candy conglomerate responsible for Snickers bars, M&M's and other sweet treats.

But did you know that Mars also owns or markets Pedigree dog food, Whiskas cat food and Uncle Ben's rice?

These giant corporations essentially have a stranglehold on America's consumer market.

But there's a bigger and even more disturbing picture here: many of these corporations are inter-locked and connected themselves.

Over at TheyRule.net, you can track and discover the connections between America's largest corporations.

Believe it or not, there was a time when there was plenty of competition in the American marketplace, when one corporation didn't own 200 other companies, and when the nation's largest corporations weren't inter-locked.

The Sherman Ant-Trust Act was passed back in 1890.

In its prime, the law prevented businesses from overwhelming competition in the marketplace, and even required the federal government to investigate any company that tried to monopolize an industry.

But then everything changed.

When Ronald Reagan became president, the Sherman Anti-Trust Act became a thing of the past.

The break-up of AT&T, completed by Jimmy Carter, was its last gasp.

As a result, all across America, local businesses were run out of business, as giant corporations took over Main Street and dominated industry after industry.

Giant megastores like Wal-Mart and Target replaced local convenience and hardware stores, while local diners and burger joints were replaced by the likes of Burger King and McDonalds.

Big companies got bigger and bigger, to the point where today, 10 corporations control almost everything we buy.

When corporations have all of the power, you and I have no say in the American democracy.

Ecosystems that are broad and diverse are resilient while those that are narrow and unbalanced are fragile, and it's the same with economies.

It's time to bring diversity back to America's economic web of life, and we can do that by bringing back the Sherman Anti-Trust Act, so competition can return to the American marketplace.