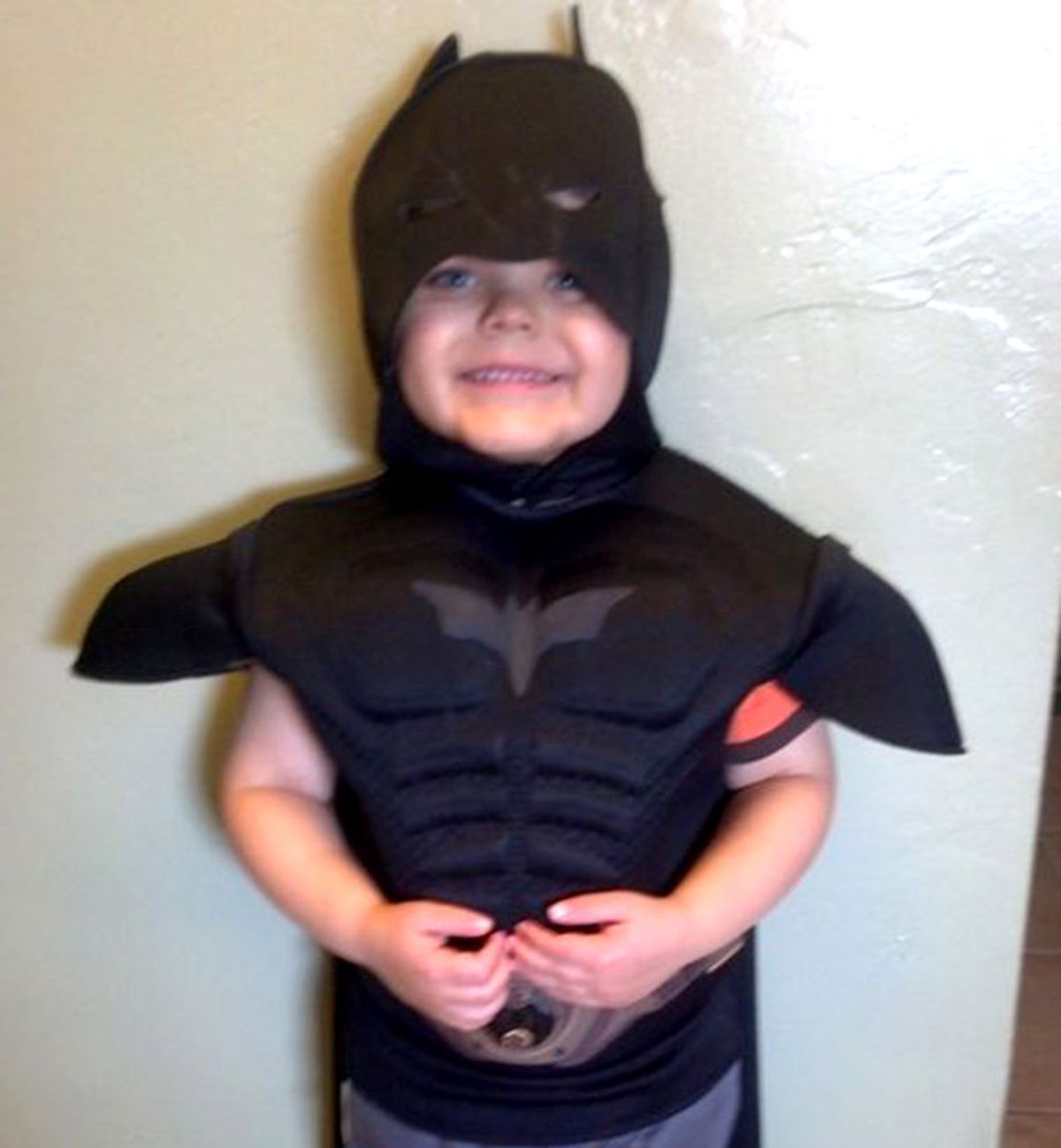 Batman transformed the comic book streets of Gotham from a savage jungle to a more pleasant place, and in a way, that's what Miles, the five-year-old boy known as "Batkid," is doing to the world. Since he was diagnosed with acute lymphoblastic leukemia before his second birthday, Miles has spent the majority of his young life fighting cancer like a hero. Now he's in remission instead of a constant face off with leukemia--so the Make-A-Wish Foundation and volunteers from around the globe are giving Miles the opportunity to kick a few other villains' asses and show the world what a superhero really looks like.

When Patricia Wilson, the executive director of the Bay Area Make-A-Wish Foundation, heard about Miles's wish to be Batman, she put out a social media bat signal in hopes of turning the city of San Francisco into a real-life Gotham City for one day. Wilson's call for volunteers worked better than she anticipated: thousands of people from around the Bay Area, the country, and the world have offered to help make Batkid's dream come true. In fact, so many volunteers have come forward that coordinators have had to turn some away.

"I thought I could do it on a scale that a five-year-old would appreciate," Wilson told the SF Gate, "but apparently, it's on a scale now that the nation appreciates." She credits the city's tech-centric culture for the firestorm on social media, but there's also something to be said for the city's willingness to shut down and cheer on one (unsuspecting) little boy.

Miles's parents, who arrived in San Francisco with their son on Thursday, have been already been briefed on Saturday's events, which will include a heroic crosstown hunt for crime bosses (the infamous Penguin and Riddler amongst them). Miles himself, however, has no idea that Mayor Edwin Lee will present him with a key to the city, or that Police Chief Greg Suhr--acting as Commissioner Gordon for the day--will alert him whenever Batkid's help is needed.

Young Miles also probably doesn't have a clue that his story is getting passed around various circles--in local shops around the Bay or in conversation with the state's attorney general--or that he's brightening lives amidst headlines full of bad news. Batkid isn't ridding one city of crime; he's filling the world with love.