The British writer is remembered for her "skepticism, fire and visionary power." 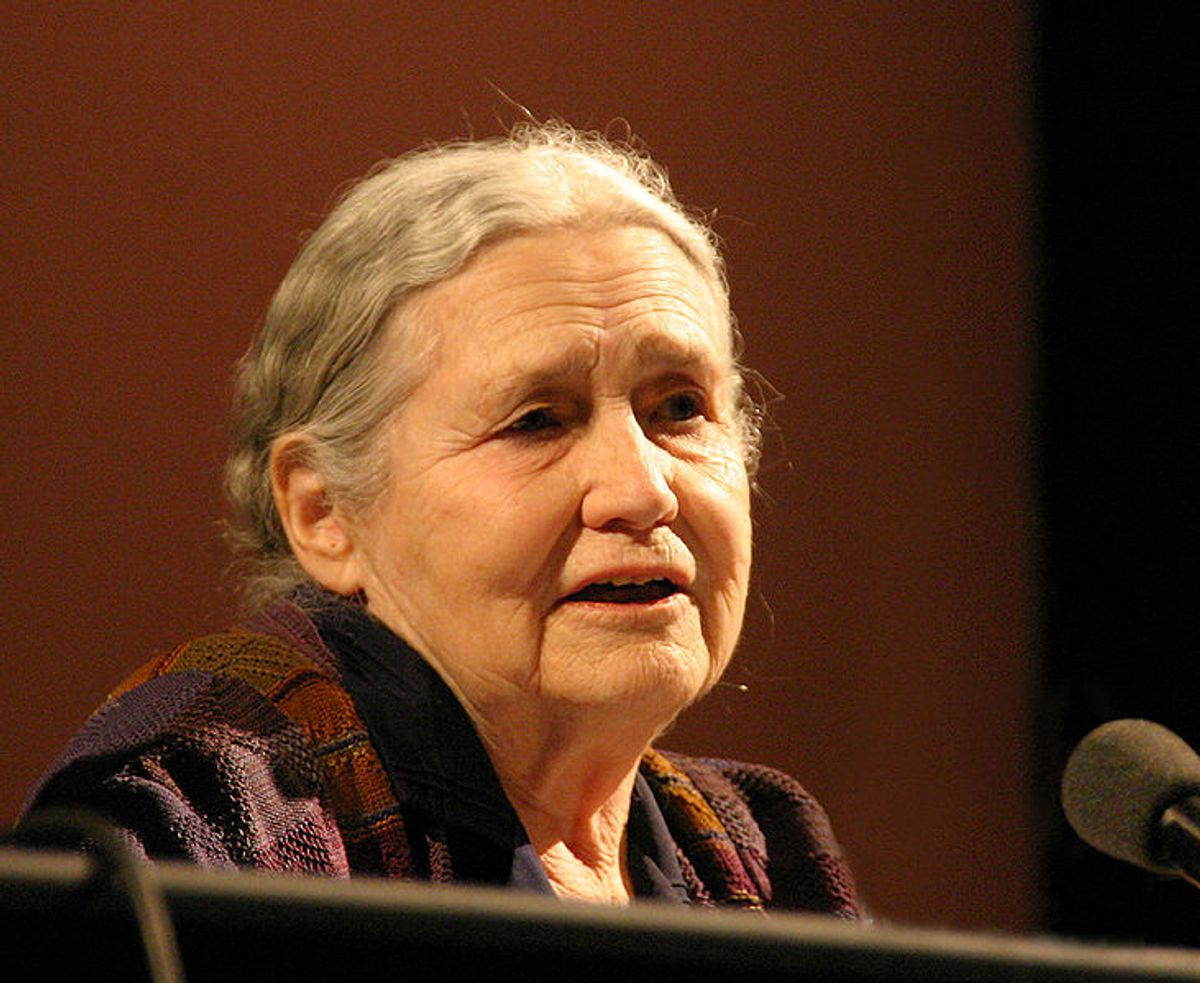 LONDON (AP) — Doris Lessing, the Nobel prize-winning, free-thinking, world-traveling and often-polarizing author of "The Golden Notebook" and dozens of other novels that reflected her own improbable journey across the former British empire, died Sunday. She was 94.

Her publisher, HarperCollins, said the author of more than 55 works of fiction, opera, nonfiction and poetry, died peacefully early Sunday. Her family requested privacy, and the exact cause of death was not immediately clear.

Lessing explored topics ranging from colonial Africa to dystopian Britain, from the mystery of being female to the unknown worlds of science fiction.

She won the Nobel Literature prize in 2007. The Swedish Academy praised Lessing for her "skepticism, fire and visionary power." When informed about winning the prize outside her London home she responded: "Oh Christ! ... I couldn't care less."

That was typical of the irascible, independent Lessing, who never saved her fire for the page. The targets of her vocal ire in recent years included former President George W. Bush — "a world calamity" — and modern women — "smug, self-righteous." She also raised hackles by deeming the 9/11 terrorist attacks on the United States "not that terrible."

She remains best known for "The Golden Notebook," in which heroine Anna Wulf uses four notebooks to bring together the separate parts of her disintegrating life. The novel covers a range of previously unmentionable female conditions — menstruation, orgasms and frigidity — and made Lessing an icon for women's liberation. But it became so widely talked about and dissected that she later referred to it as a "failure" and "an albatross."

Published in Britain in 1962, the book did not make it to France or Germany for 14 years because it was considered too inflammatory. When it was republished in China in 1993, 80,000 copies sold out in two days.

"It took realism apart from the inside," said Lorna Sage, an academic who knew Lessing since the 1970s. "Lessing threw over the conventions she grew up in to stage a kind of breakdown — to celebrate disintegration as the representative experience of a generation — when what you should have been doing is getting the act together."

For some readers and critics, however, the book was an unwelcome exposure of female failings.

The criticism of Lessing's work continued throughout her life. Although she continued to publish at least every other year, she received little attention for her later works and was often criticized as didactic and impenetrable.

"This is pure political correctness," American literary critic Harold Bloom said in 2007 after Lessing won the Nobel Prize. "Although Ms. Lessing at the beginning of her writing career had a few admirable qualities, I find her work for the past 15 years quite unreadable ... fourth-rate science fiction."

While Lessing defended her turn to science fiction as a way to explore "social fiction," she, too, was dismissive of the Nobel honor. After emerging from a London black cab, groceries in hand, she was asked repeatedly whether she was excited about the award.

"I can't say I'm overwhelmed with surprise," Lessing said. "I'm 88 years old and they can't give the Nobel to someone who's dead, so I think they were probably thinking they'd probably better give it to me now before I've popped off."

As the international media surrounded her in her garden, she brightened when a reporter asked whether the Nobel would generate interest in her work.

"I'm very pleased if I get some new readers," she said. "Yes, that's very nice, I hadn't thought of that."

Born Doris May Tayler on Oct. 22, 1919, in Persia (now Iran) where her father was a bank manager, Lessing moved to Southern Rhodesia (now Zimbabwe) aged 5 and lived there until she was 29.

Strong-willed from the start, she read works by Charles Dickens and Rudyard Kipling by age 10 and lived by the motto of "I will not." Educated at a Roman Catholic girls school in Salisbury (now Harare), she left before finishing high school.

At 19, she married her first husband, Frank Wisdom, with whom she had a son and a daughter. She abandoned that family in her early 20s and became drawn into the Left Book Club, a group of literary communists and socialists headed by Gottfried Lessing, the man who would become her second husband and father her third child.

But Lessing became disillusioned with the communist movement and in 1949, aged 30, left her second husband to move to Britain. Along with her young son, Peter, she packed the manuscript of her first novel, "The Grass is Singing." The novel, which used the story of a woman trapped in a loveless marriage to portray poverty and racism in Southern Rhodesia, was published in 1950 to great success in Europe and the United States.

Lessing then embarked on the first of five deeply autobiographical novels — from "Martha Quest" to "The Four-Gated City" — works that became her "Children of Violence" series.

Her nonfiction work ranged from "Going Home" in 1957 about her return to Southern Rhodesia to a book about her pets, "Particularly Cats," in 1967.

In the 1950s, Lessing became an honorary member of writers' group known as the Angry Young Men who were seen as injecting a radical new energy into British culture. Her home in London became a center not only for novelists, playwrights and critics but also for drifters and loners.

Lessing herself always denied being a feminist and said she was not conscious of writing anything particularly inflammatory when she produced "The Golden Notebook."

"I had been listening to women talk about women's issues and about men. Suddenly when I wrote down these private conversations, people were astounded. It was as though what women said didn't exist until it was written," she said.

Lessing's early novels decried the dispossession of black Africans by white colonials and criticized South Africa's apartheid system, prompting the governments of Southern Rhodesia and South Africa to bar her in 1956. Later governments overturned that order. In June 1995, the same year that she received an honorary degree from Harvard University, she returned to South Africa to see her daughter and grandchildren.

In Britain, Lessing won the Somerset Maugham Award in 1954 and was made a Companion of Honor in 1999. That honor came after she turned down the chance to become a Dame of the British Empire — on the grounds that there was no such thing as the British Empire at the time.

Lessing often presented women — herself included — as vain and territorial and insisted in the introduction for a 1993 reissue that "The Golden Notebook" was not a "trumpet for women's liberation."

"I think a lot of romanticizing has gone on with the women's movement," she told The Associated Press in a 2006 interview. "Whatever type of behavior women are coming up with, it's claimed as a victory for feminism — doesn't matter how bad it is. We don't seem go in very much for self-criticism."

In 2001, she told the Edinburgh book festival that modern men were "cowed" by women.

She is survived by her daughter Jean and granddaughters Anna and Susannah.