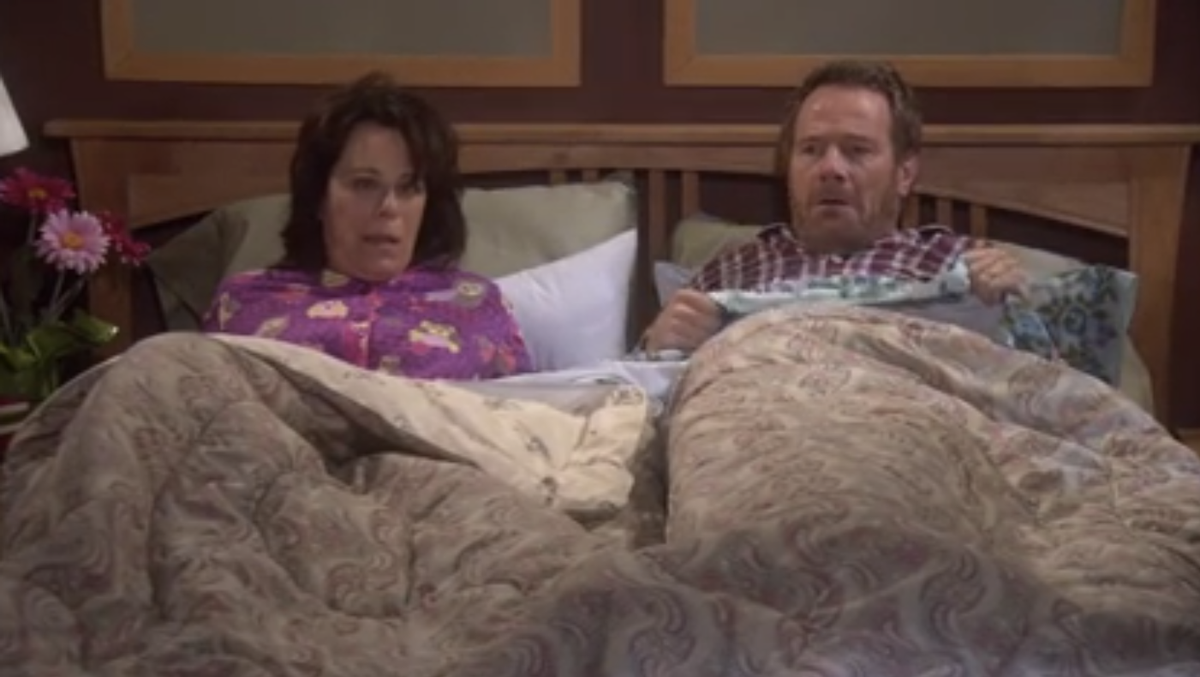 Producer Vince Gilligan is generally acknowledged to have done a satisfying, if depressing, job of wrapping up Breaking Bad for the hit show's series finale. But a newly released clip, reportedly from the DVD box set, reveals that the ending aired in September wasn't the only way things could have turned out.

In the Newhart-inspired scene, Bryan Cranston wakes up in the middle of season five only to realize that Heisenberg had been nothing more than a fever dream ... of Hal, the character Cranston played for seven years on the Fox comedy Malcolm in the Middle. As The Daily Beast points out, fan theories definitely saw this coming.

Jane Kaczmarek, who played Hal's wife Lois on the show, comfort Hal, assuring him that he'll never have to cook meth, shave his head or deal with that "man-child" who's always using "the B-word" again. This makes it all okay, right?

[Note: Sony Pictures pulled the video from Youtube, citing copyright infringement. If you want to see it, you'll have to wait to buy the DVD box set, out November 26.]