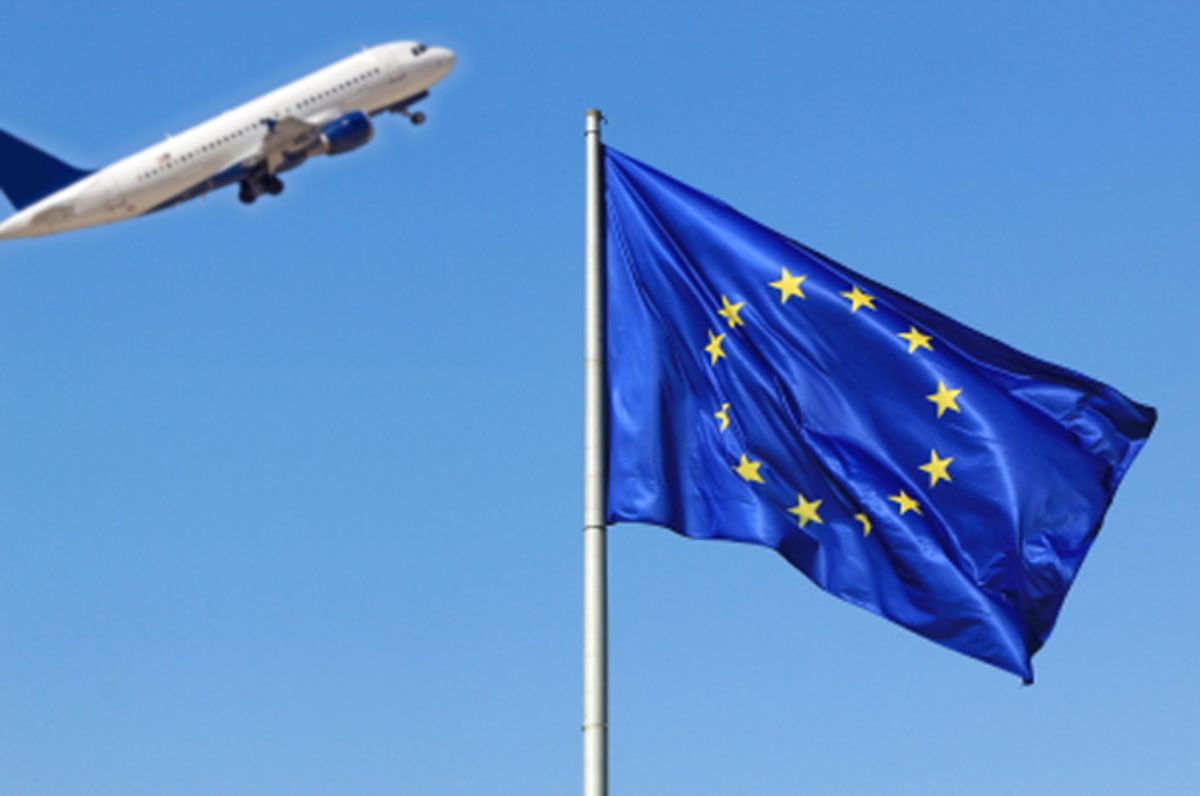 Nov. 18 (Bloomberg) -- The European Union’s justice chief said the U.S would win back lost trust amid spying scandals by granting EU citizens the right to sue U.S. agencies that violate their privacy rights.

A meeting of EU and U.S. government officials in Washington today must progress on this “fundamental issue” and come up with “concrete and enforceable rights, notably the right to judicial redress” in the U.S. for citizens from the 28-nation EU, Justice Commissioner Viviane Reding said in a statement.

“It is important that a European boarding a plane in Rome or searching the web from his home in Germany has a right of judicial redress in the U.S. whenever their personal data are being processed in the U.S.,” said Reding. An accord “will contribute to restoring trust in trans-Atlantic relations, which is of particular importance at this moment in time.”

Reding has urged the U.S. to boost its privacy rules or risk harming relations with the bloc in the wake of a scandal over reports the U.S. National Security Agency eavesdropped on world leaders including German Chancellor Angela Merkel.

“Every U.S. citizen in the European Union already enjoys” the right to judicial redress “irrespective of whether he or she is resident in the EU,” said Reding. “But European citizens who are not resident in the U.S. do not enjoy this right.”

The EU and U.S. kick-started talks in 2011 on a data protection agreement for cooperation to combat terrorism or crime.

Meetings today with Attorney General Eric Holder and Rand Beers, acting secretary of the U.S. Department of Homeland Security, “will be an opportunity to advance in the negotiations,” the commission said. EU Home Affairs Commissioner Cecilia Malmstroem will also take part, the EU said.

The revelations of U.S. spying come as Reding struggles to win approval for separate proposals to bolster the EU’s privacy rules, including measures to would foist tough constraints on U.S. tech companies.

The overhaul of that law could result in U.S.-based companies including Google Inc., Facebook Inc., and Apple Inc. facing fines as high as 100 million euros ($135 million) for data-protection violations.

EU leaders last month bowed to U.K. demands for a slowdown in adoption of the data-protection law to consider the effect of the legislation on businesses, dropping the deadline in favor of a pledge to introduce the plans in “timely fashion.”

Luxembourg units of Microsoft Corp. and its Skype subsidiary were today cleared of privacy violations related to the U.S. spying scandal by the country’s regulator.

It said that said the companies didn’t provide widespread data access to the NSA. The Luxembourg authority conducted the investigation because the companies have their European headquarters in the country.

To contact the reporter on this story: Stephanie Bodoni in Trier at sbodoni@bloomberg.net

To contact the editor responsible for this story: Anthony Aarons at aaarons@bloomberg.net