"Almost Human" co-creator: "I want to tell of a more hopeful future, where it’s still not too late"

J.H. Wyman talks to Salon about dystopia, Philip K. Dick and creating a robot who doesn't want to be human 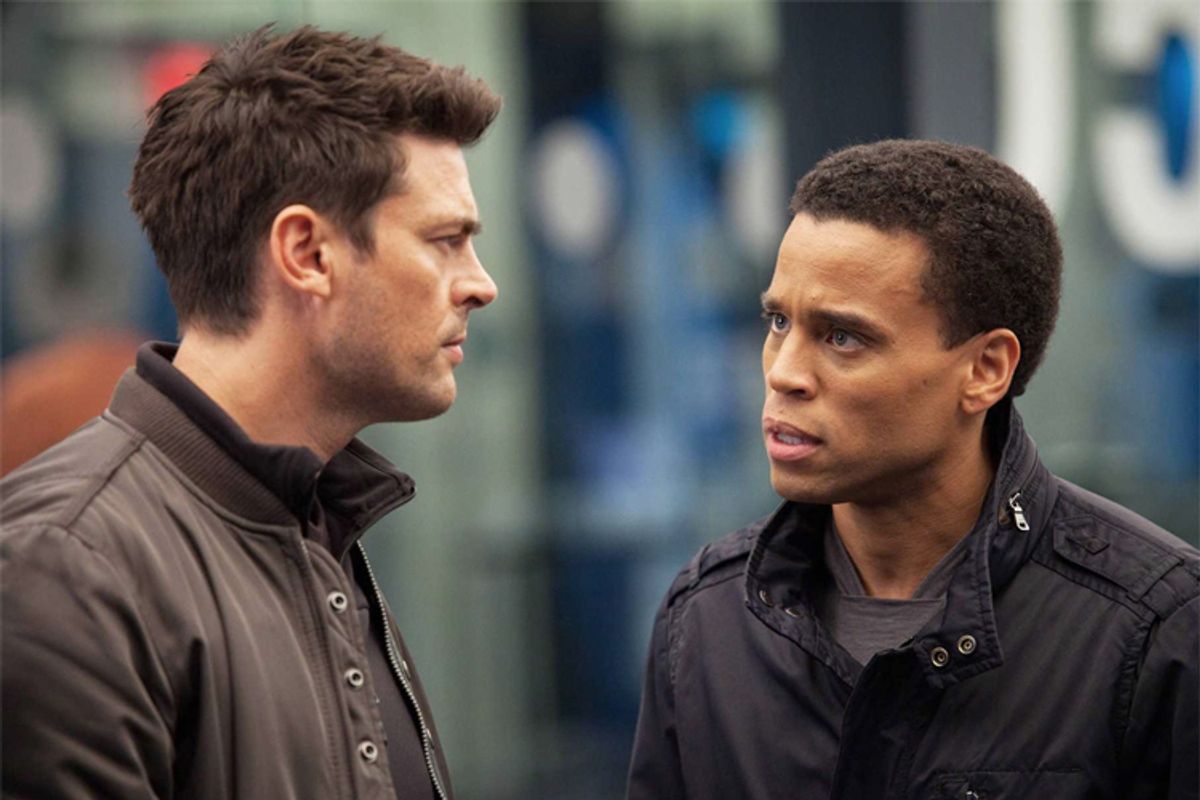 Last week, I speculated as to the direction and inspiration behind "Almost Human," Fox's new series about a human/robot police partnership. The show, starring Michael Ealy and Karl Urban, debuted last night to promising ratings.  (Tonight, as part of a special two-day premiere, a second episode of "Almost Human" will air in the same time slot. The plot revolves around android sex workers.) I talked to executive producer J.H. Wyman ("Fringe") about his influences, the challenges of android characters, and why he doesn't want to make just another dystopia.

How does creating a character who is an artificial human allow you to explore and examine the human condition?

What are the challenges of developing a character like the android Dorian? How do you make him compelling but differentiate him from a human character? What subtleties of humanity do you omit?

The challenge in creating a character like Dorian lays at the key to who his character really is. This is not a story about a robot who wants to be human. This is the story of a robot who is already too human. Evolution has equipped human beings to deal with loss and pain and questions about our existence and the ability to cope with these things. It took generations and generations for us to arrive at our current state. Dorian is a man made by a man, so it has its limitations. Sometimes he’s overcome by some of the things he sees, witnesses, experiences, and he starts to question things like existence. He may not be a human being, but he is some sort of “being” — a feeling entity.

He’s compelling because he has some very human-like elements to his character. He’s not human, but he’s learning to cope with who he is and what his place is in the world and how he became this way. What is his purpose? These things start to become very compelling to watch when you see someone who is not really human experience some very human struggles. His personal struggles mirror human struggle in many ways.

There’s a satisfaction that humans derive from being part of a family or group that Dorian does not have. This subtlety of being a human is not part of Dorian’s point of reference. He doesn’t have the sense of being part of something larger.

Can you address the developmental DNA of the character? Were you influenced by "Star Trek" and Data, Asimov, or other portrayals of androids? Were there traditional tropes that you decided to avoid?

I think that anybody who sets forth in any way, shape or form at anything that talks about or deals with androids is going to step on some pretty hallowed ground— Philip K. Dick's "Do Androids Dream Of Sheep?," Asimov, etc. You can’t touch this realm without owing a huge debt to them. That said, I didn’t want to make a dystopian future. Those artists had a lot to say about the future, and the starting point is so often “look how bad humans messed up and look where we are.” I’m a much more hopeful person, and although I think we’ll be hit with many hardships as a human race, we’re going to come through it. The human race will get it. It’s just a matter of how long the human race will take to do so.

I want to tell of a more hopeful future, where it’s still not too late — one where we’ll continue to fight and be resilient. I just had a hard time believing in some of the dystopian futures that nobody has any children that they want to have a birthday party for or eke together enough money to buy them a nice gift. So often these glimmers of hope are absent from these dystopian futures.

And the biggest trope that I want to avoid was the robot wanting to be human. He’s already too human and is struggling to cope with it.