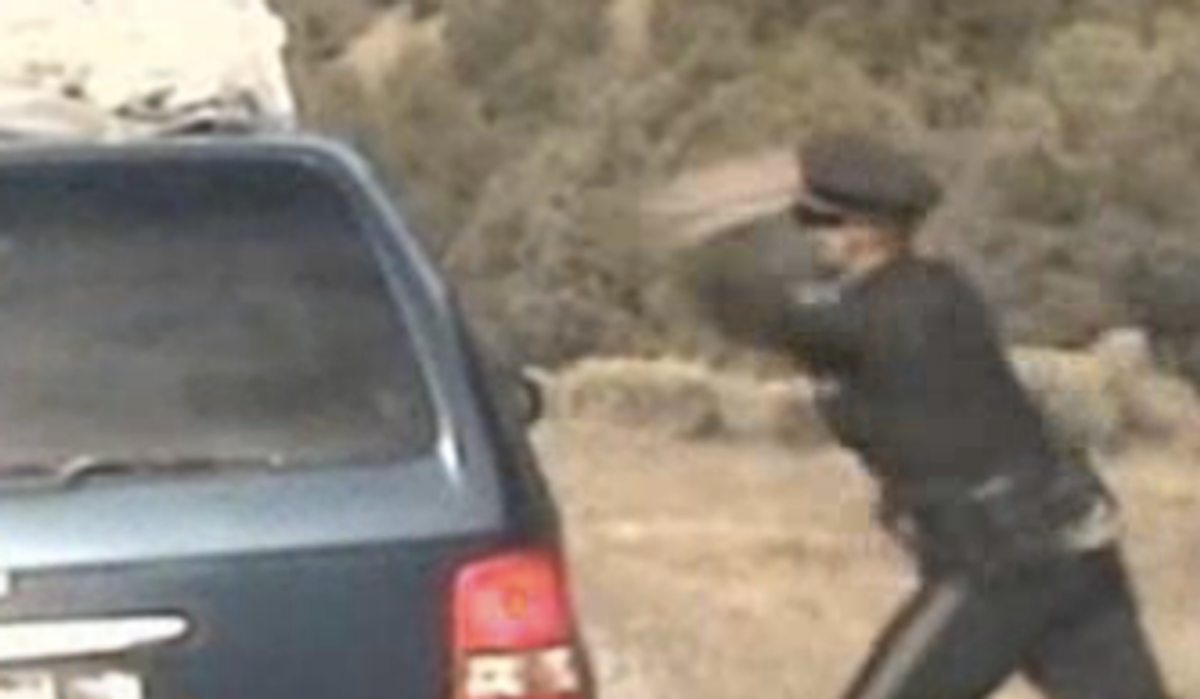 When Oriana Ferrell, 39, was pulled over for speeding, she disobeyed police orders and twice drove away. She was breaking the law, yes, but should such action prompt a cop to open fire on a minivan carrying five children, another officer having already smashed in a passenger window with a baton?

It's possibly worth mentioning that the cops were white and the family is black.

NBC News detailed the events, which are currently under review by Albuquerque police:

An officer approached the car and asked her to wait, but she drove away. When she was pulled over a second time, the drama escalated.

“Get out of the vehicle! Get out of the vehicle right now!” an officer shouted at Ferrell. She did — and then her 14-year-old son got out of the van and rushed the officer. After a scuffle, the child ran back into the van.
By this point, backup had arrived. Moments later, an officer used his baton to smash a passenger-side window. And a second officer, appearing to aim low, fired three shots as the van sped away.
The chase came to an end outside a hotel. Ferrell was arrested and charged with intentional abuse of a child and fleeing an officer. The son was arrested and charged with battery.

A video of the incident was obtained by local station KRQE: