There aren't many women CEOs in Silicon Valley, perhaps because their brains are broken, posits one pundit 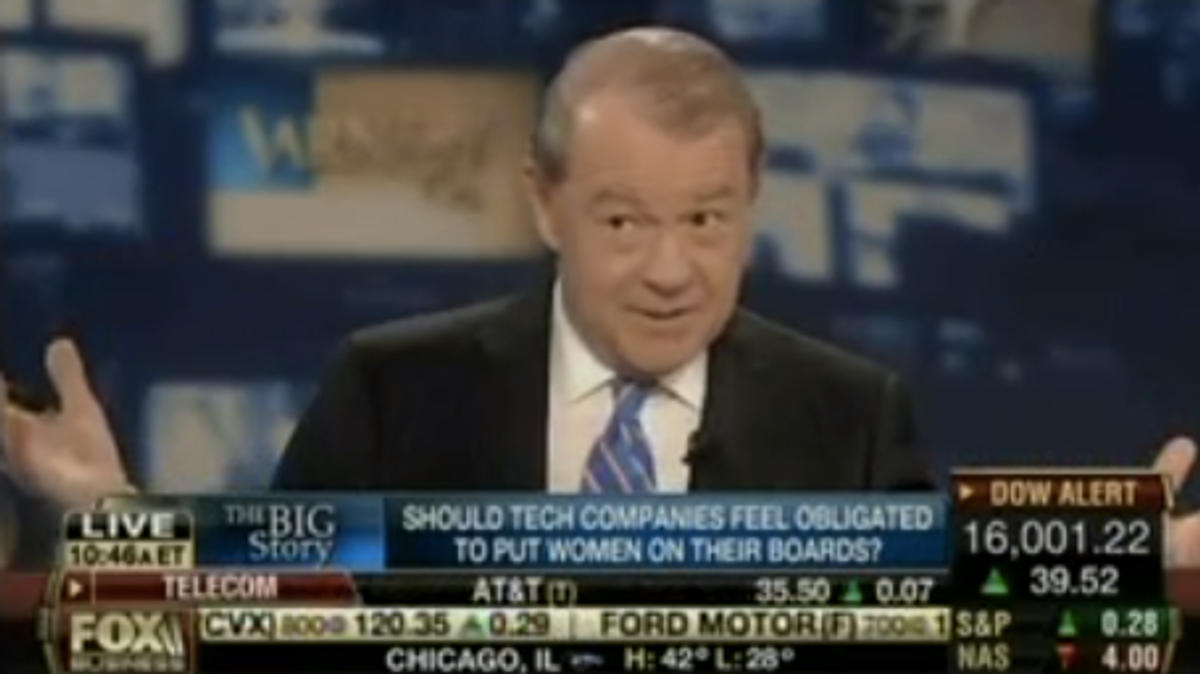 Fox News Business host  Stuart Varney wonders if maybe there is a problem with women's brains that is keeping them from rising through the career ranks in the tech industry. This is a very dangerous question to ask on national television, Varney notes, because some people consider it "politically incorrect."

But Varney is a brave Fox News Business host, so he asks this question anyway. Because he demands answers! Answers to the question about whether or not women have weird brains!

“Should tech companies feel obligated to put women on the board or to make women top executives just to be politically correct,” Varney asked the Tea Party News Network’s Scottie Hughes on Monday.

“No business should ever be obligated to bring on a woman,” Hughes responded. “They should want to, but you’re not seeing this in Silicon Valley for some reason.”

“But why is that?” Varney said, pressing the issue further. “It’s a very difficult question to ask because it’s politically incorrect. Is there something about the female brain that is a deterrent for getting on board with tech? Is there?”

“I think that’s the exact opposite, I think females all the time are embracing technology,” Hughes replied, very sensibly, really.

But, as one might expect from a conversation between a Fox News host who thinks women may have weird brains and a woman who heads something called the Tea Party News Network, both ignored the deeply sexist notion of "culture fit" and other "brogrammer" nonsense that keeps many women from getting a foot in the door at many of these companies as a possible answer to this question, and instead let it remain, forevermore, a mystery to Fox Business viewers.