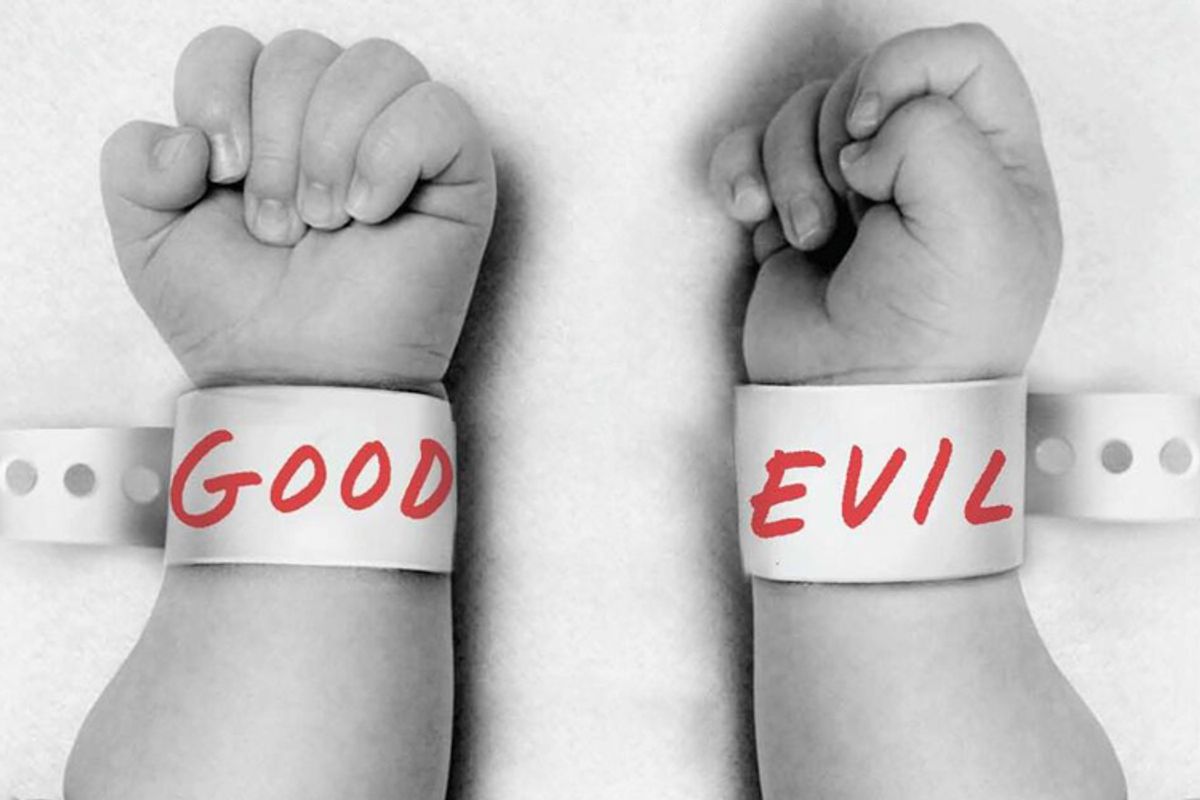 When Washington Post columnist Richard Cohen wrote last week that "people with conventional views must repress a gag reflex when considering the mayor-elect of New York — a white man married to a black woman and with two biracial children," he invoked the sort of involuntary response some people think of as moral, if by "moral" you mean associated with the policing of sexual and racial boundaries. It turns out, as Yale psychology professor Paul Bloom relates in his new book, "Just Babies: The Origins of Good and Evil," that people who have eaten a bitter food or been exposed to a bad smell or even people who are standing next to a hand sanitizer dispenser will express more conservative social attitudes than those who haven't been exposed to the same stimuli. Similarly, "individuals with high disgust sensitivity have harsher attitudes toward certain other people, such as immigrants and foreigners."

When news of Cohen's outrageous statement reached me via Salon's internal email, I wrote back, "Why haven't they fired him yet? He's disgusting." But my disgust is more rhetorical than physical; I object to Cohen's ideas, but in all honesty I don't actually gag when thinking about him, despite the tendency of Internet culture to encourage extravagant expressions of such disapproval. The disgust that Cohen pictures "conventional" people (including, presumably, himself) experiencing when confronted with Bill de Blasio's biracial marriage is visceral; mine is more intellectual, if infused with strong emotion. So which is more fundamental, the disgust that comes primarily from the gut, or the one located somewhere higher up?

That's the question Bloom asks in "Just Babies," which examines the precepts of moral philosophy in light of studies of the very, very young. Bloom has performed some of this research himself, on children from the age of 3 months and up. "Such tiny creatures really do have a moral life," he writes, and it can be deduced from experiments that track the eye movement of infants and toddlers who are too young to speak their minds. Babies look for longer periods of time at people and objects that surprise or please them, and as soon as they are capable of it, they will reach for the ones they like best. When shown a puppet show starring geometrical objects, infants as young as 6 months showed an overwhelming preference for the characters that "helped" another character trying to climb an incline over characters that either hindered the effort or stood aside.

Bloom believes that by examining these responses, we can deduce the most primal elements of human morality, the aspects of our concept of right and wrong that are probably the result of evolution and therefore hard-wired. Babies -- like apes, monkey and dogs -- show marked displeasure at unfairness, namely an unequal distribution of awards or treats, although only if they are the disadvantaged party. Toddlers will voluntarily spring up to help an adult struggling to open a door. Older children will prefer to get less candy themselves if it means that someone else won't get more. And pretty much everyone understands the retributive impulse of revenge; as early as 8 months, babies prefer characters who punished a "bad" puppet over the ones who treated it with indiscriminate kindness.

"Just Babies" surveys the subjects of empathy and compassion (not the same thing: The first is displeasure felt at witnessing someone else's suffering, while the second is the urge to alleviate it), concepts of fairness and justice and a basic sense of right and wrong. These are universal moral concerns: Lying, breaking promises, murder and other assaults are regarded everywhere as bad. But what about actions that can be viewed as victimless, most especially sexual transgressions, such as consensual incest between adult siblings? Or behavior that some people consider morally objectionable, but others do not, like homosexuality or, in the case of Cohen, interracial sex (not to mention the resulting offspring, which seem to bother him just as much)? All societies regard sexuality as an appropriate object of moral judgment, but their standards are all over the place.

Bloom -- an elegant, lucid and economical writer -- makes an excellent guide through these thickets. He's an observer and evaluator who's not ideologically invested in any one interpretation of the evidence, unlike more polemical psychologists, such as Stephen Pinker. He's particularly insightful on "trolley problems" a currently much-discussed form of thought experiment in which the subject is asked to make a choice between letting a runaway train kill five individuals strapped to the tracks or flipping a switch that will divert it to a track on which only one person is strapped. Most people say they'd flip the switch, a utilitarian position in which it's permissible to cause one death in the course of saving five. But most people will also stop short of physically pushing a very fat man onto the tracks in order to stop the train, even when the tradeoff in lives remains the same.

What such problems overlook, Bloom argues, is the fact that human morality is not grounded in abstract experiments involving strangers, but rather evolved in a context of kinship and tribal bonds. In essence, our "moral sentiments" are formed in the relationship between parent and child and radiate outward from there. Babies prefer the faces of people who resemble their caregivers and family members, whatever their races or genders. We feel more moral obligation and compassion for those we perceive to be either familiar or members of our own group, but how such groups are defined can be surprising. In one of the studies Bloom refers to, a white 5-year-old will choose another white child over a black child when instructed to select a potential playmate, but "when asked to choose between a white child with an accent and a black child without one, they choose the black child."

The two forms of pseudo-moral revulsion that Bloom doesn't see as hard-wired have to do with both race and sex. "We are not natural-born racists," he writes, and sexual disgust is, he believes, a subset of our general distaste for the body and its messy functions. Many religions, for example, also place great emphasis on ritual bodily purity, from prohibitions on certain foods to particular forms of washing to the handling of the dead. But the forms themselves are unstable, as illustrated by an old Greek story about two different tribes, each equally appalled by the way the other treats the corpses of their fathers. All this, he believes, is a side effect of a universal disgust reflex that evolved to keep us away from poison, disease and rotten food (though he might have asked some Asians about the Western passion for eating spoiled milk in the form of cheese). To respond with this disgust -- and the moral outrage that goes with it -- when confronted by victimless sexual transgression is, he believes, "a biological accident," which may be why it's relatively easy to overcome if you try.

Bloom, therefore, is a skeptic of what he calls "the current trend in psychology and neuroscience to downplay rational deliberation in favor of gut feelings and unconscious motivations." If he takes exception with moral philosophy's fixation on depersonalized thought problems, he is just as leery of the notion that morality is entirely based on feelings derived from our evolutionary past. The hard-wired stuff is just the beginning, Bloom points out, and reason has an essential part to play in our moral development, as well. That's the part that says, if you should happen to experience a gag reflex upon beholding a perfectly lovely, close family composed of people of different races, that the problem is most decidedly with you.