The last thing Antarctica needs is an active volcano

Guess what was discovered beneath the continent's massive ice sheet? 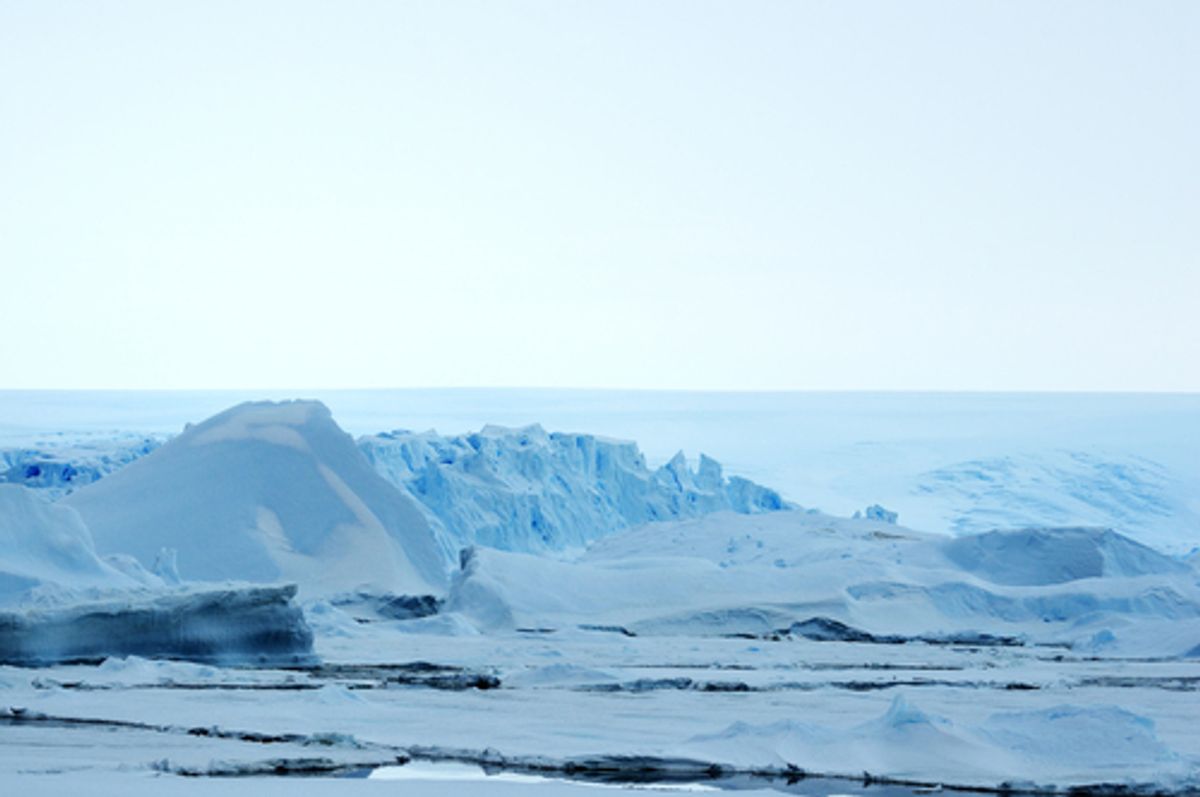 Antarctica's massive ice sheet has been covering an active volcano, scientists announced yesterday. When it erupts -- as it's likely to sooner or later -- it could potentially accelerate meltwater flow and further contribute to rising sea levels.

In a study published in the journal Nature Geoscience, a group of researchers revealed that "earthquakes" they detected deep beneath the ice turned out to be the rumble of magma activity. While it's long been suspected that there might be active volcanoes there, it had never been confirmed before now.  The study's lead author, Amanda Lough, explained the discovery's implications to New Scientist:

There's no way to know when, or if, the buried volcano will erupt again. "I can't put a date on when the next one's going to happen," says Lough. But if it does go off, the molten rock will melt the base of the ice, sending liquid water flowing under nearby ice streams. These would start moving faster as a result, dumping more ice into the sea, and causing sea levels to rise a bit faster. "I don't think it's going to cause major ice sheet failure, but it's going to be noticeable," says Lough.

And other experts unaffiliated with the study tempered Lough's predictions as being "highly speculative," citing the need for more research about the volcano's ability to contribute to sea level rise. Climate change remains, by far, the thing we should be most concerned about -- and the volcano's a wild card that, worst-case scenario, would pile on to an already critical situation.