Coal has "the opportunity to be part of the worldwide climate solution," Christiana Figueres said 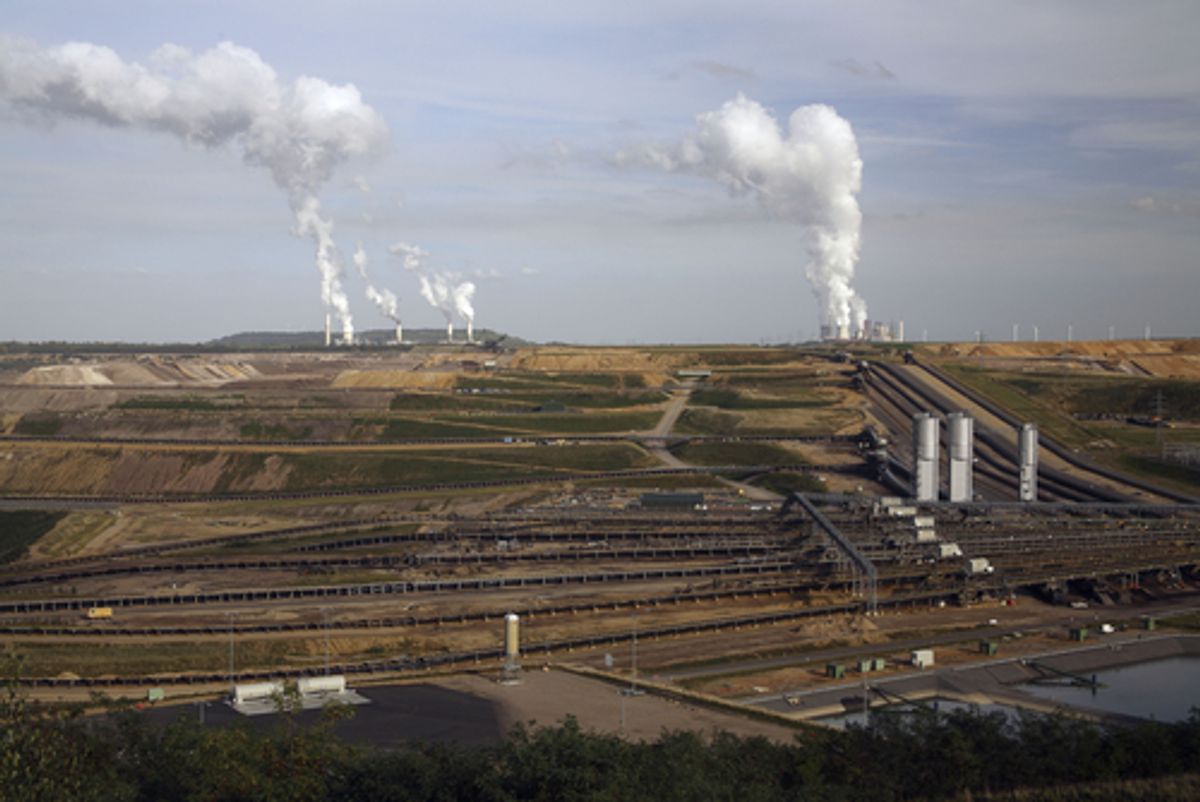 Preaching to the unconverted, U.N climate chief Christiana Figueres addressed dozens of CEOs of coal companies at the controversial International Coal and Climate Summit, an industry event occurring on the sidelines of the U.N. climate talks in Warsaw.

"The world is rising to meet the climate challenge as risks of inaction mount, and it is in your best interest to make coal part of the solution," Figueres told the industry leaders on Monday. In so doing, she said, they had "the opportunity to be part of the worldwide climate solution."

According to the International Energy Agency, coal accounts for less than 30 percent of the world's energy supply. At the same time, though, it accounts for over 40 percent of energy emissions. Figueres urged the coal industry to invest in cleaner energy sources, and to leave most of the remaining coal reserves in the ground.

Some criticized Figueres for appearing at the coal event. The AP reports:

Climate activists...used a crane to reach the ministry's roof, where they unfurled banners criticizing Poland's — and the world's — reliance on coal and other fossil fuels.

Police used another crane to take them down, as panelists at the coal summit said that the people in the room, not the people on the roof, have the possibility to change the coal industry.