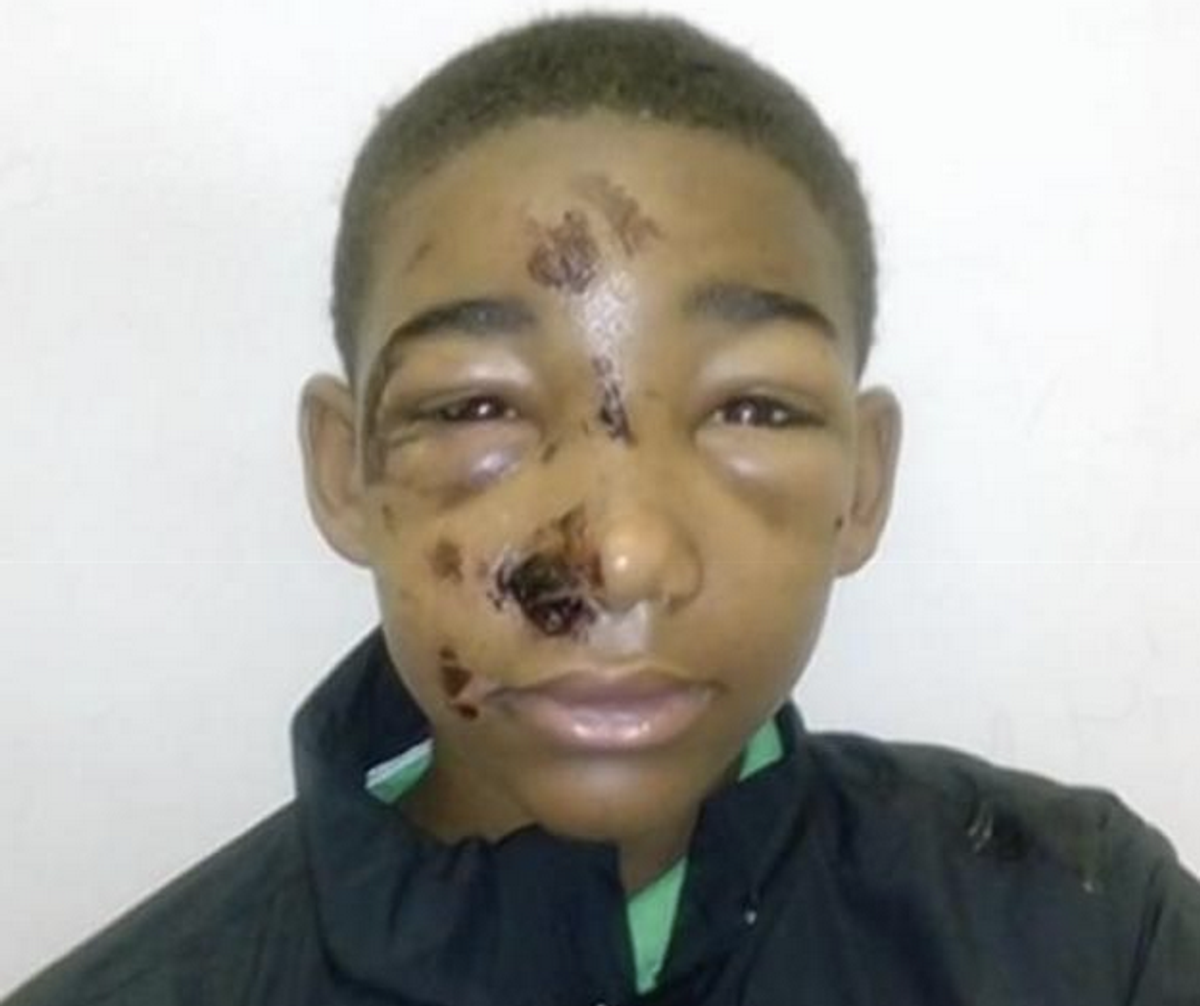 According to the mother of a 14 year old arrested for shoplifting in Pennsylvania last week, the police brutalized her teen son, leaving him with a broken nose and black eyes (an account supported by grim photograph's of the boy following his arrest).

The police's account of incident argues that the boy, attempting to resist arrest, was Tasered and sustained his facial injuries falling forward while handcuffed. His mother, Marissa Sargeant, rejects the narrative. "There's no way, if he was running from behind, that he would get hit with a Taser in the front of his face," Sargeant told NBC Philadelphia, suggesting that her son was beaten by police. "I just want some justice," she said.